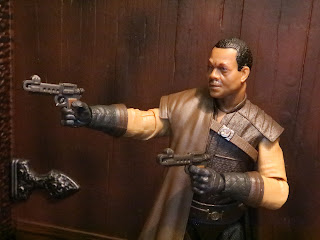 Due to the weirdness of the way Hasbro and Disney work right now we're just getting a figure of Greef Karga from season 1 of The Mandalorian. Played by Carl Weathers, Greef Karga was no secret and one of the characters we knew about well in advance of the show's premiere. Why has it taken so long to get a season 1 Greef Karga? By now we should be getting Greef in his even cooler season 2 outfit. Who knows? At least we've got one now! The latest series of Star Wars: The Black Series figures started shipping in December so technically Greef is a 2020 release, though it's doubtful most folks found him before 2021. I stumbled upon him at a GameStop a few weeks back and thus he's now part of my ever growing Black Series collection. Let's take a look at Greef Karga after the break... 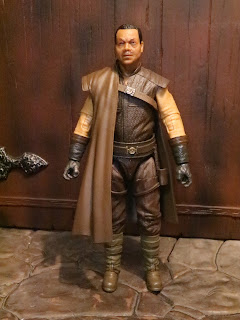 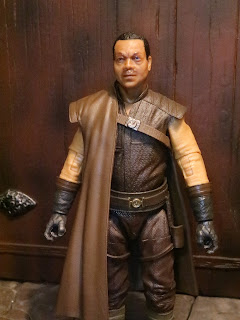 * Greef Karga's outfit is very Star Wars-ish with lots of layers and earth tones. I know the Sequel Trilogy kind of had an overabundance of earth toned costumes but The Mandalorian has more unique costumes and colors overall so this one doesn't blend in with the rest. It looks fantastic and there are so many different textures on the various pieces. I do like Greef's season 2 outfit a bit more but this one turned out really nice and we definitely need to have both. The tunic seems to be a separate piece that it very snugly and permanently placed over a standard torso while the half cloak is a completely separate piece that you could theoretically remove (though you'd need to be very careful with that chest strap). 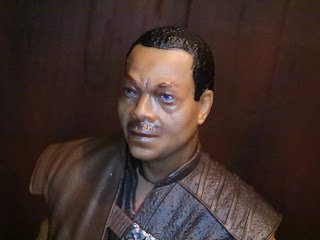 * This is unmistakably Carl Weathers! The face sculpt is fantastic and the face printing really captures the character in Weathers' face. Greef Karga's look changed a good bit between season 1 and 2 and this is definitely the season 1 look. 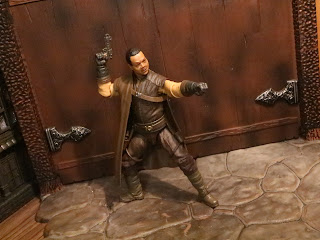 * While he might not be boxing in the ring with Rocky anymore or fighting the Predator, Carl Weathers is still a man of action and with this figure you can have him pal around with Cara Dune, Mando, and Grogu all you want. The articulation is fantastic! He takes blaster shooting poses (one or two blasters) like a champ. The articulation is exceptional here. 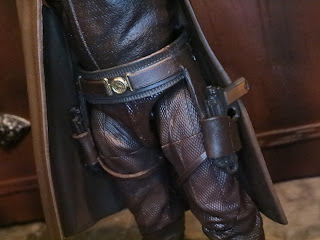 * Greef Karga's fancy belt also has two holsters (one is hidden under his cloak) for his blaster pistols. They fit in perfectly and are right at his disposal when he needs to dispose of someone getting in his way. 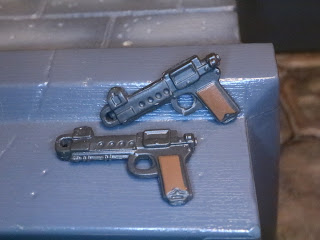 * We don't have an official name for Greef Karga's blaster pistols yet (that I'm aware of, anyway) but the sculpts look fantastic. You can finds lots of good pictures of the various firearms used to make these over at the RPF, too. Hasbro did a great job on these. 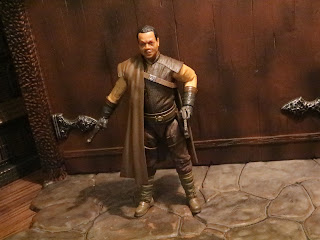 2020 was actually an excellent year for the Black Series and the last series of figures was pretty solid with lots of great figures inspired by The Mandalorian. Greef Karga turned out wonderfully and while I want a series 2 version with the more colorful outfit and that stylish beard, this one is a Great first season figure. Greef Karga is one of the main characters in The Mandalorian and it's nice to finally have him on the shelf with the rest of the crew. Fun fact: Apparently Greef Karga was intended to be a Weequay at one point.