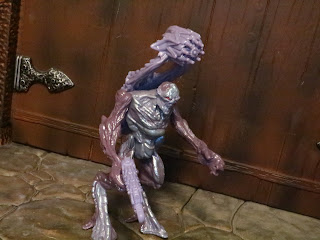 This is my penultimate review covering the first series of Final Faction toys from 2020! I've looked at almost everything else and so my review archive for Final Faction stuff is nearly complete. Today I'm checking out one more of the Kharn accessory sets: Quake Arms! This set comes with one traditional
gun/ blaster styled accessory and two backpacks that can fit on the back of Drones, Brutes,and characters like Krepitus or Diabol. The accessory packs are sold separately but they really are key to making the Final Faction figures more impressive. I really like the model Dollar Tree is using here to keep these figures affordable and at the standard price point as it allows for a lot of flexibility. This kit alone could give your gear two or three Kharn figures, depending on how you want to gear them up. At the $1-$1.25 price point, that's a pretty swell deal. Let's take a look at the Quake Arms after the break and see what Alpha Team 1 has to avoid out there on the battlefield. 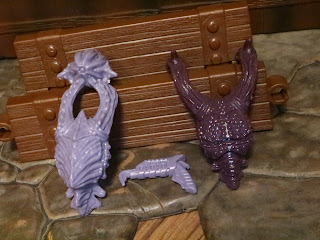 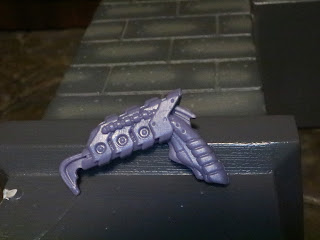 The Positives:
* First up is the Grabber. While it looks like a standard handheld blaster it's actually a grappling hook-like weapon. The hook in the front can piece the enemy and then reel them in. It's like a really deadly fishing rod! 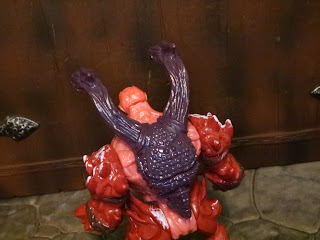 * Next up is the Acid Spitter, a back mounted weapons system that can spew acid at the Kharn enemies. I'd be pretty nervous about toting acid spewing tubes above my head, but maybe the Kharn don't care as much. Or maybe they're immune! This weapon has a very organic look and feel to it, a design aesthetic so many of the backpacks in this series have. 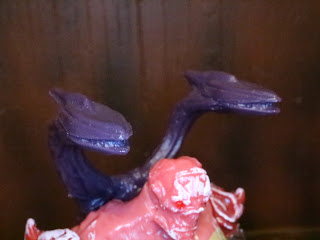 * The sprayers look like piranha plants don't they? They even have teeth. Very creepy! Are these some weird tecno-organic hybrids or something? This looks like something out of Masters of the Universe. Or Alien. Or maybe a Clive Barker story. It's pretty weird. 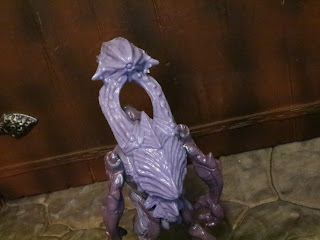 * Last up we've got the Spike Launcher. Guess what it does? If you said "Launches Spikes" then you are correct! This is another organic looking, backpack mounted weapon and it attaches easily to most Kharn bipeds. 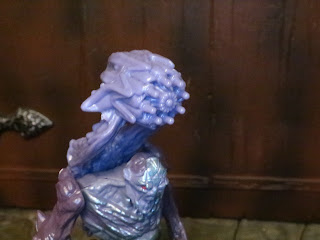 * The barrel looks like a Gatling gun or a minigun but it apparently launches lots of needle-like spikes. Imagine the Needler from Halo, but larger and mounted on a backpack. Could that be how this thing works? Seems like it could be a pretty crazy support weapon for some Brutes to carry around or one Drone in a squadron. 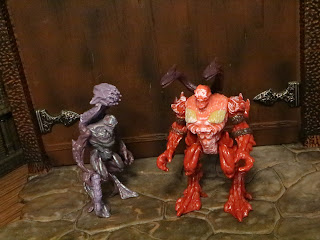 I really like this set and the flexibility it offers for equipping your figures, whether you're just a one of each figure kind of person or you're army building. The Final Faction line has some rather inspired weapons in the line and it's fun to mess around and see what goes best with each figure. The Quake Arms set is a Good and a 1/2 set that really spices up most of the Kharn bad guys. I've only got one set left and I'll have covered all of the series 1 releases. Keep reading to find out what's left!
I've reviewed plenty of other Final Faction accessory sets and figures. Check them out:
A.C.R.M.
Air Assault
Amari
Arrow ATV
Arrow ATV Weapons & Armor
Brute
Brute Striker
Churro & FD-0
Crawler
Decimator
Diabol
Drone
Drone Scourge
Heavy Arms
Huntra
Krepitus
P-131
P-131 Thunderbolt
Riptide
Ruck
The Rumbler
The Rumbler Weapons & Armor
Scope Long Range
Shift
Shock Arms
Spc. Scope
Steadfast
Steel
Synthoid
Synthoid Evolution
Synthoid Pack
Torn
Torn Cyber Arms
X4 Turret
Posted by Barbecue17 at 6/06/2022