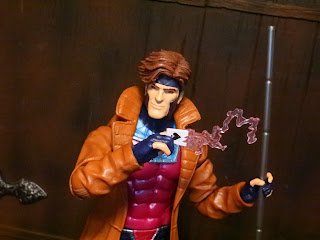 Gambit was definitely one of the most popular characters when the X-Men experienced another renaissance during the early 1990s. He was a new character in the comics (created by Chris Claremont and Jim Lee) and a major part of the 1992 animated series. Who didn't think Gambit was the coolest back then? Who didn't want to wear a long coat like Remy LeBeau? Who didn't carry a deck of playing cards around to toss at their enemies? I sure did. Toy Biz released Gambit in series IV of Marvel Legends (one of the handful of Toy Biz Marvel Legends figures I owned) and Hasbro released their classic Jim Lee styled Gambit as part of the Caliban Build-a-Figure series back in 2019. I own that full series but never got around to reviewing it for some reason, so this is the first Legends Gambit I'm reviewing. I recently obtained him in a trade and definitely find him to be superior to the first release (which is still a pretty good figure). This Gambit is part of the Marvel Legends Retro Collection which I find pretty exciting because I remember looking for and finding find the 1992 Toy Biz Gambit figure from series 2 of the X-Men line. I loved that figure even though a "power kick" action was pretty disappointing compared to some sort of card throwing ability. This guy has it all, though, and is definitely a definitive Gambit for my X-Men shelf. Let's take a look at the Retro Collection Gambit after the break... 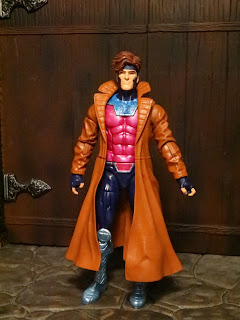 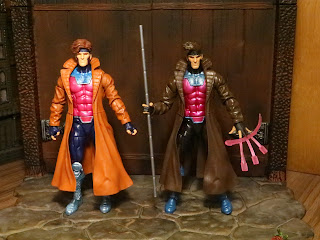 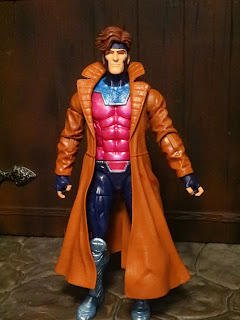 The Positives:
* Gambit looks excellent here, especially with the brighter colors that are more evocative of the Jim Lee art of the early 1990s and the vintage Toy Biz figure. I know we've seen Gambit's trench coat multiple times but it looks really good here and works for the character. The body underneath definitely has a unique torso for Gambit which is nice to see. I'm glad Hasbro gave him a new sculpt rather than attempted to just reuse something. 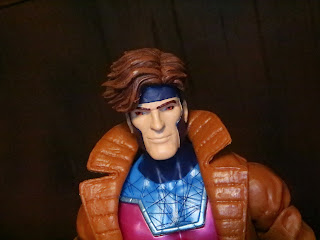 * This headsculpt is excellent and capture's Gambit's smooth-talking, roguish personality perfectly. His hair is fantastic (gosh, I wish my hair looked like that) and those red eyes are just too cool. I'm really surprised Hasbro gave him an updated headsculpt since the first release wasn't that old but it was a good decision. 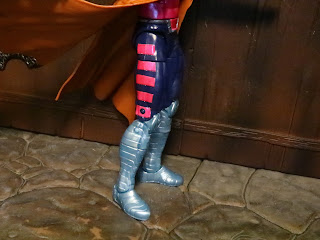 * While they're mostly hidden by his trench coat, Gambit is sporting some very cool boots and some wild pink stripes on his pants. Very early 90s, man. I love it. 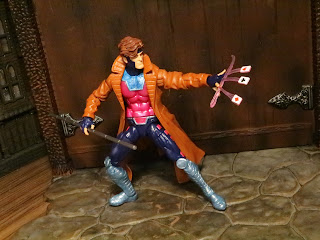 * The articulation is excellent here. While the coat does impede his motion a bit, the base figure is pretty much as well articulated as your average figure. He looks great in a variety of poses and he's as sturdy as Wolverine's adamantium skeleton. Hasbro's Legends are far sturdier than the vintage Toy Biz figures for sure. 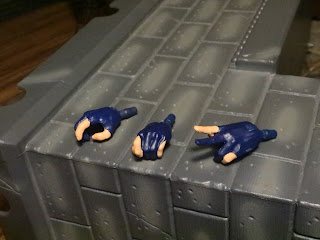 * Gambit comes with a few swappable hands, the first of which are standard gloved hands. There is a pair of basic grips and a posed right hand for holding a single playing card. Nifty. 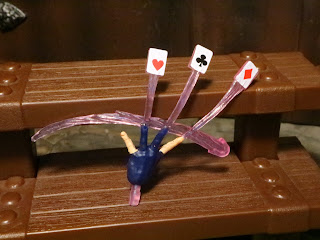 * What's even cooler, though, is this hand with Gambit throwing a set of playing cards. Three suits are represented (Hearts, Clubs, and Diamonds) and unlike the previous figure, the cards are actually painted. Transparent pink plastic is used to show off his kinetic energy powers and it looks great. 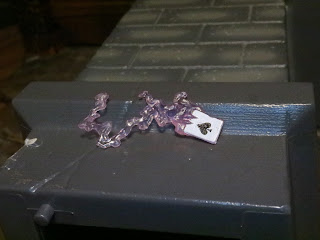 * Gambit also comes with a single card with energy crackling from it (this time it's a Spade, completing the set). This piece fits really well in the posed right hand, as see in the first image in the review. 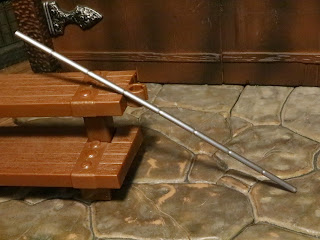 * Lastly, Gambit comes with a staff. It's a simple staff with some rings sculpted on and it completes the figure nicely. 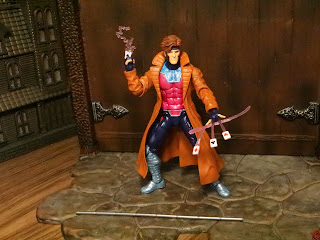 The Retro Collection Gambit turned out really nicely. It's still fairly easy to get, too, so if you're planning to build an X-Men collection before the debut of X-Men '97 on Disney+ when everyone else will be trying to build a collection of the Saturday morning mutant cast now's the time to snatch this guy up. He's a Great and a 1/2 figure that easily surpasses the prior release thanks to the new headsculpt, the brighter colors, and the improved playing card energy effect pieces. I wonder when we'll see another X-Men Retro Collection series? There are still plenty of mutants, both heroic and evil, to make.