What's up all of you October People? I hope you're enjoying The Dawn of 31 Days of Toy Terror this year! I'm loving the chance to go back and look at a punch of toys from my childhood. To make this year's countdown feel more nostalgic I decided to use the year 2000 as a cutoff point, so everything is from 1999 and before. Yeah, I have some cheats on there like the My Pet Monster ReAction and the new Ghostbsters Kenner Classics, (and Saturdays are kind of free for alls) but otherwise I think I did a pretty good job sticking to the parameters. I turned 16 in 1999 and while I never stopped collecting action figures (which should be obvious) I feel that the nature of horror toys really changed around that time with things really moving into the modern era with McFarlane's various lines and the rise of other companies like Palisades, Resaurus, NECA, etc., around 2000 and shortly afterwards. We're making our way through the 1980s now, so what toys do you hope to see covered from the 1990s?

Since it's the Halloween season I also watched some spooky movies this week! 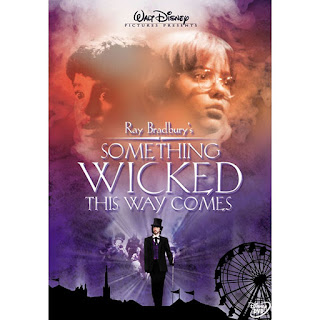 First up is Something Wicked This Way Comes, the 1983 Disney adaptation of ray Bradbury's 1962 horror classic. While most book to movie adaptations fail to live up fully to the source material Something Wicked This Way Comes does manage to capture some of the deliciously frightening atmosphere of the novel. Bradbury's prose is always amazing and since he wrote the screenplay much of it us directly used here, retaining his unique voice throughout the film. Me, my daughter, and my wife watched this on Sunday night (I've seen it a few times before) and my daughter definitely was enthralled by it. It's a pretty good family horror movie with different appeals for different ages. The cast is great, especially Jason Robards as Charles Halloway, Royal Dano as Tom Fury, and Pam Grier as the hauntingly beautiful but terrifying Dust Witch. 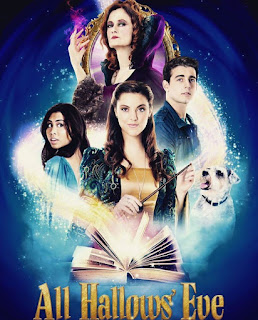 On Monday night we let my daughter select a Halloween movie and we ended up with All Hallows Eve', a 2016 kids Halloween movie shot around Myrtle Beach, SC. It's about a a girl named Eve Hallow who turns 18 on Halloween and discovers that her late mother was a witch. Eve has the power, too, but a spell goes wrong and she ends up unleashing a famous witch from the town's past who it turns out is one of her ancestor. If you're familiar with the Halloweentown movies then you kind of know the vibe you're getting. It's actually a lot like a Hocus Pocus light, but with a dog who can turn into a person instead of a talking cat. My daughter is 7 and loves this movie. It's not scary but it's set during Halloween, has some funny scenes, a likeable cast, and it's safe for the kiddos. If you've got little ones it's not a bad film. Horror aficionados will want to skip it but it's a solid family movie and it's on Netflix. 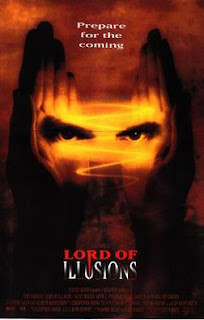 Now how about one that's not for the kids? I watched Clive Barker's Lord of Illusions this week and quite enjoyed it. I've never read anything by Clive Barker and for years I didn't have much interest in his stuff but over the past decade I've enjoyed everything I've watched that he has directed, particularly Nightbreed and Candyman. Lord of Illusions is a horror detective film involving magicians, so that's pretty cool and a bit unique. Scott Bakula plays Harry D'Amour, a detective involved with the supernatural who ends up investigating the brutal murders of a group of magicians who once were affiliated with William Nix, a cult leader and actual sorcerer whom they killed when Nix planned to sacrifice a young girl. I didn't find Lord of Illusions to be particularly frightening but there are definitely some disturbing scenes and some cool special effects. If you're into magicianss and detective stories, it's worth a watch. I found it on Amazon Prime. There is apparently a director's cut, too, which I may track down. It's not a great movie but it's pretty good and I could see myself wanting to watch it again down the road. It has a really good cast and a fantastic atmosphere. 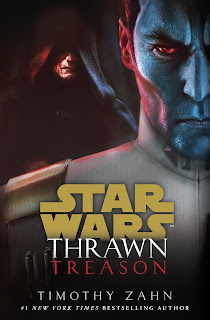 I didn't just watch movies this past week, though. I did some reading as well. I finished 2019's Thrawn: Treason by Timothy Zahn which is the third book in the first Thrawn trilogy in the new Star Wars canon (a second trilogy has already started). I like Thrawn and I was thrilled that he entered into Rebels. The books have been quite good so far as well and it's a toss up as to whether this one or the previous book, Thrawn: Alliances, is the better book. Zahn balances a good mixture of new characters with appearances from previously established characters like Grand Moff Tarkin and Director Krennic so that things feel fresh but grounded. Treason is a rather good book that focuses on Imperial political intrigue and a conspiracy involvng the construction of the Death Star. At first I had concerns that this might be a dry read but after a few chapters this one really took off. While so much of the New Canon has been restricted to fit within the parameters of the films and other established media, Treason begins to take Thrawn's tale into a new realm exploring the galaxy and civilizations beyond the borders of the know galaxy. It makes me quite excited for the first book of the Ascendancy although I really want to find out what happens to Thrawn and Ezra post Rebels. 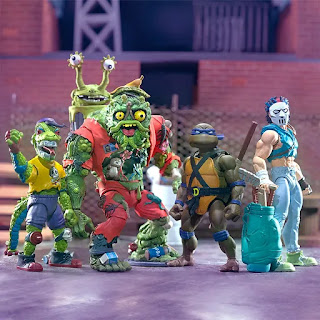 Did you see Super7 show off Series 4 of the Teenage Mutant Ninja Turtles Ultimates on Wednesday? Man, these look amazing, don't they? I'm going to start Series 1 here before the end of the month (I did review the SDCC Baxter Stockman) but so far I'm really liking these. Casey Jones is one of my favorites, as is Muckman. I've got all of mine preordered through BBTS.com. So far this line looks great and I love seeing how many characters Super7 has showed off already. I hope we see Krang soon, though. He seems like a strange omission, doesn't he? For series 5 I'd take Krang (in the walker), Ace Duck, Rat King, and Leatherhead. Probably need a another good guy in there, huh? This line could have some real legs to it as I can think of a dozen characters I want. Slash, Groundchuck, Space Cadet Raph, Walkabout...
Last, but not least, let's check out the most popular stuff this week. There's a lot of Masters of the Universe stuff on here and no G.I. Joe this week. That's a bit of a change! Starting from the toip we've got...
The He-Man POP! Tees set from Funko jumped to the top for its second week on the list. This is a Walmart exclusive set that features a glow-in-the dark He-Man POP! vinyl and a T-shirt. These have been fairly tough to find so maybe folks are interested in checking them out before dropping money to Scalpy McScalperson?
P-1000 from the Fortnite: Legendary Series is on his second week on the list. This is a variant version Peely after he was turned into a smoothie and rebuilt as a robot. And no, I didn't make that up. The Fortnite releases seem to be pretty popular, don't they? I was a bit disappointed in this guy due to his limited articulation and inability to hold his accessories but he sure is cool looking.
Barbecue's Bonfire 9/18/2020: Scareglow Birthday Cake Edition is on it's third week and is still staying popular! Do y'all love Scareglow that much that you just like to stare at cakes bearing his likeness? Is it because I covered American Ninja 2: The Confrontation? Do people like one paragraph non-reviews of 1980s Stephen King books?
Horde Zombie He-Man from Masters of the Universe Eternia Minis by Mattel is on his third week though he has dropped a bit. He's the "chase" variant for the series 1 figures and is a really cool minifigure. Translucent green minis are just super cool! If you need one for your set hit me up. I might be able to help.
Barbecue's Bonfire 9/11/2020. is also on its second week on the list. I'm guessing folks are digging the Bill and Ted Face the Music review, maybe? Because that's about all this one has going for it other than a picture of Tombstone tackle.
Undertaker from Masters of the WWE Universe by Mattel is a new entry to the list and he's another Scareglow inspired toy. Two of the items on this list are Scareglow inspired, juts fyi. This guy seems to be the most popular figure in the MOTWWEU series so far and is a pain to find.
That was a longer one this week, folks! Have a great weekend! What do you have planned? How are you doing Halloween this year with the pandemic going on? Share your ideas with all of us below!
Posted by Barbecue17 at 10/09/2020