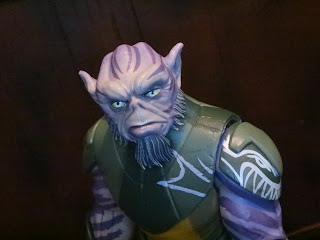 Back in 2016 Hasbro began a 4+ year endeavor of releasing all six crew members of The Ghost from the TV series Star Wars: Rebels. First up was Kanan Jarrus, Spectre-1 followed by Sabine Wren, Spectre-5, in late 2016. Only Hera Syndulla, Spectre-2, was released in 2017, and it wasn't until 2019 that we got two more crew members with Ezra Bridger, Spectre-6, and Chopper, Spectre-3. Now, finally, as part of the Black Series: Phase IV we finally have Garazeb "Zeb" Orrelios, Spectre-4. Wow! It's taken awhile but Hasbro has finally done it! I don't know why they waited so long between released to get this set completed but it was worth it as the Rebels figures have typically been the highlights of each series they have appeared in. Zeb is a rather tall as he is a Lasat, a now rather rare species that was devastated by the Empire. Zeb is one of my favorite characters from Rebels as he's so much more complex than he might initially seem. One of the only few surviving members of his species and a former Honor Guard of Lasan, Zeb's grumpy and sarcastic personality actually hides the deep sense of personal loss he's experienced. He's a lovable, loyal guy and I'm really glad to finally have him in The Black Series. Over the past couple of years Hasbro has released some larger characters in the series as deluxe figures and Zeb here is one of those deluxe releases. There has been some speculation as to why Zeb warranted a deluxe release with most folks deciding it's due to his slightly larger size and more complex weapon. Let's take a look at Zeb after the break and see if he's a fitting finale to the Rebels subset in The Black Series. 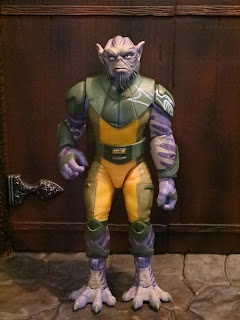 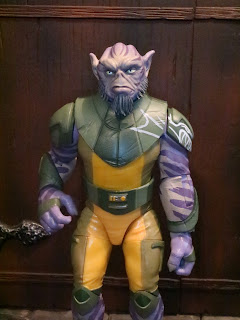 * Zeb really does look fantastic. He easily has one of the most unique looks of any Star Wars characters, doesn't he? Based on an early Ralph McQuarrie concept sketch for Chewbacca the Lasats are quite tall and have very intricate patterns on their skin. Zeb's purple skin is incredible looking with vibrant darker purple stripes and his outfit is yellow and green, so it really stands out. Hasbro has done an excellent job of translating Zeb from an animated character to a realistic looking figure who can easily fit alongside of movie characters. 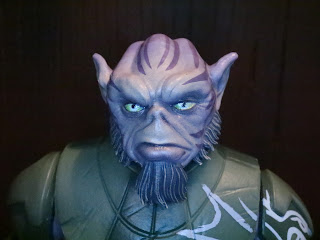 * The headsculpt is perfect. While Zeb laughs loud and often, he's definitely known for his cantankerous attitude and this headsculpt catches his lovable personality excellently. The eyes are brilliant, as is his facial hair. 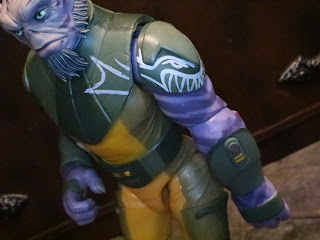 * Sabine has clearly decorated the armor of some of the members of The Ghost crew and Zeb is no exception. He's rocking a drawing of some sort of fish like creature on his left shoulders and it looks pretty insane. I love it! 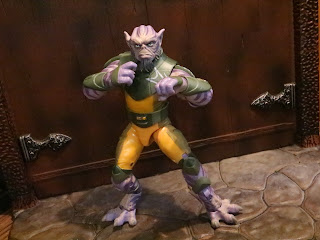 * Zeb's articulation is nearly as good as any other figure in the line. He doesn't have the "butterfly" shoulder joints but he has everything else, including swivel/ hinged feet and ankles. Zeb's got some unusual legs, so the articulation helps capture his unique physiology. He's a very solid, very durable action figure and is a ton of fun to mess around with. He really does feel very solid and burly, truly the nightmare of your Stormtrooper figures. 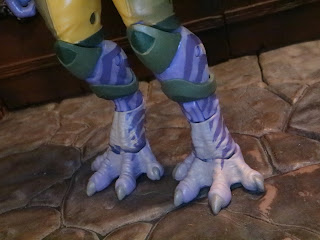 * Here's a closer shot if Zeb's lower legs and feet. The Lasats have a unique leg style and Hasbro translated it into toy form very well. 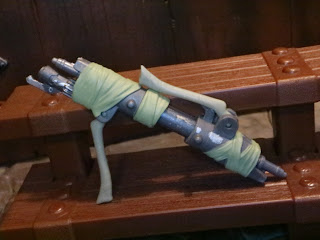 * Zeb comes armed with a bo-rifle, the exclusive rifle of the Lasan Honor Guard. It's a very cool weapon that has quite a few moving parts. Here's the bo-rifle in its blaster configuration. The barrel is on the left side while the hinged handles are down to serve as the grip and on top to serve as a way to carry the rifle. There is a bit of paint on the rifle to show some wear and tear as well as wrapped straps of fabric to help give wielders a better grip. 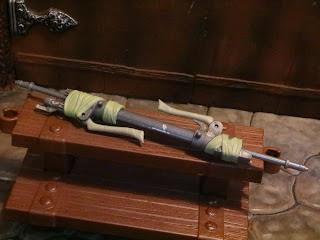 * Slide out the ends and the electrostaff tips and place the handles down and the bo-staff converts into its electrostaff configuration. Now it's a melee weapon. 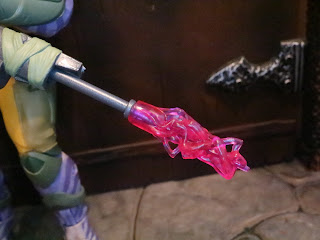 * There are two purple electricity effects included which can fit over the ends of the Electrostaff, allowing the weapon to look more dynamic when Garazeb is posed with it. They look pretty slick, don't they? Seeing this really makes me want to see General Grievous' 1G-100 MagnaGuards in the Black Series. 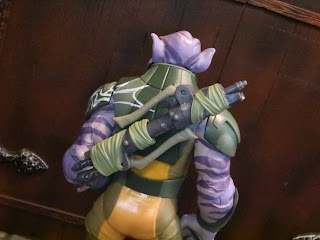 * Another really cool feature of the bo-staff is that it has two pegs on the back which allows it to plug into the back of Zeb's armor, so he can tote it around whenever he needs his hands free. 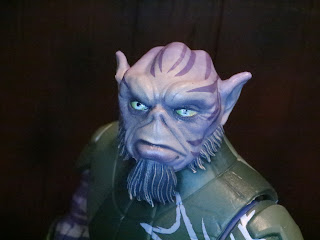 * My only negative with the figure is that, since it's a deluxe release, I really wish we had gotten a second head with a friendlier look. Zeb is very expressive and it would have been nice to have gotten an additional portrait to show off a fuller range of emotions. 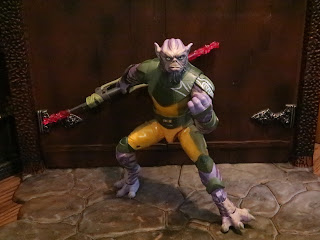 The Rebels figures have consistently been some of the best figures in The Black Series and Zeb holds true to that legacy. He's an Epic figure and Hasbro did an excellent job with him. You can debate whether or not he's truly worthy of the deluxe status and pricing but you'll still be pleased with him. Hasbro wisely released the rest of the crew of The Ghost updated with the newer face printing technology, so it should be easier to obtain the whole crew than it would have been. Good for them! This feels like a major victory for this line! Who's the next subset that needs to be completed? While it's not a specific subset, like the ESB bounty hunters or The Ghost crew, I think the Mos Eisley cantina now needs some more attention.