The Dawn of 31 Days of Toy Terror: Ponda Baba from Star Wars: The Power of the Force by Kenner 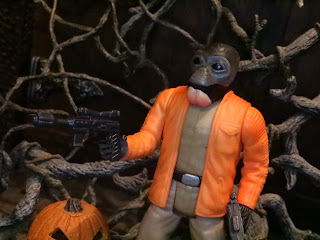 Yes, people were collecting toylines (Star Trek: The Next Generation, X-Men, Starting Lineup, 12-inch G.I. Joes) before Kenner's Star Wars: The Power of the Force (POTF2) debuted in late 1995 but that line, coupled with the recently released McFarlane Toys' Spawn really took things to the next level and gave birth to the "adult collector" market that we have today. POTF2 was one of the "it" lines of its time and 1997 was a pretty exciting year to be a Star Wars collector with the release of the Special Editions and a flood of new figures from Kenner. While many collectors look back today and laugh at some of the overly muscular figures in the line at the time it was also pretty incredible how accurate the details of the figures were when compared to the movie costumes. I always like to include a Star Wars toy in my 31 Days of Toy Terror countdowns when I can as for so many of us the various aliens from the Star Wars galaxy were some of the most prominent "monster" toys we owned as kids. Today I'm checking out one of my favorite minor characters in Star Wars, Ponda Baba (I was thrilled when he showed up in Rogue One with Dr. Evazan). Known as Walrusman in the vintage Kenner line, Ponda Baba is the aggressive Aqualish criminal who tries to start some crap with Luke Skywalker only to be, literally, disarmed by Obi-Wan Kenobi. He's a brutish alien and definitely warrants a spot on The Dawn of 31 Days of Toy Terror. Ready for a closer look at Ponda Baba? Then join me after the break... 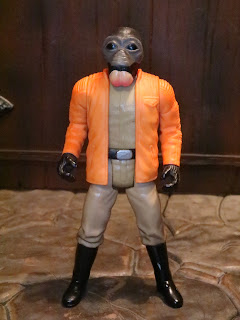 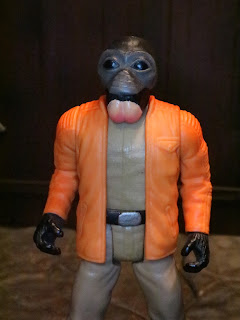 * I've always been a fan of Ponda Baba's outfit. It's simple, just a tan outfit, black leather boots, and a slick orange jacket, but it stands out and looks functional. Kenner definitely released a far more accurate looking Ponda Baba in the POTF2 line then the vintage figure, certainly due to the better reference materials and more time to work on things. Remember, the original Walrusman came out in 1979 while this one came out in 1997. Kenner's sculptors and designers had around 20 years to get it right this time. Ponda Baba's jacket has as the sleeves sculpted as part of the arms but the jacket is a vest-like piece that fits over the body. You could take it off if you wanted to, but why? Kenner used this setup for many figures in the line and it gave them a more "layered" appearance. You could also tuck a blaster in there a pit, giving him a holstered weapon. 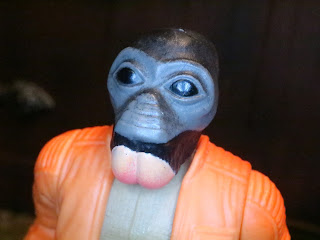 * Ponda Baba has a great headsculpt. It really captures the look of the mask from the film. And yeah, it does look like he has a butt for a mouth, but it really is supposed to be some sort of tusk like protrusions, I guess. The paintwork on Ponda Baba's fur is quite nice and, again, showed off the leaps in technology and production from late1970's Kenner to late 1990's Kenner. 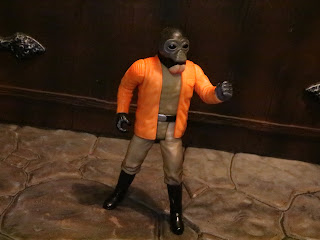 *  The POTF2 figures typically sported 6 points of articulation, adding in a waist swivel that the vintage toys didn't have. The articulation seems quaint by today's standard but, at the time, it was definitely the industry standard. Other companies were just starting to add more articulation and G.I. Joe was just getting ready to make a comeback, but at the time these were still fun, durable action figures. 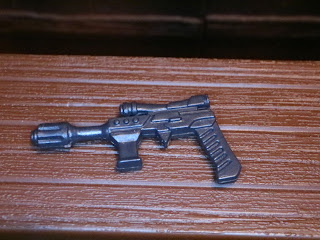 * Ponda Baba comes with two blasters, the first of which is supposed to be his modified DL-21. While it's still a "Kennerized" version of the prop, it's definitely in the ballpark of what the movie blaster looked like as it has the same scope, ergonomic handle, and the flared barrel tip (which was part of a British World War II mortar shell). 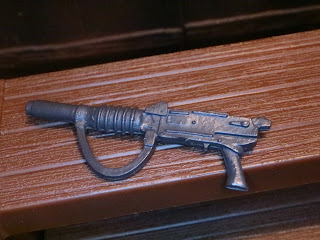 * In 1997 Kenner was still giving most figures 2 accessories and Ponda Baba's second blaster seems like a Kenner creation. It's a more powerful looking blaster, not quite a rifle but not quite a pistol, with a sling of some sort the bottom. I always imagined that it was kind of a shotgun styled blaster that fired multiple blaster bolts for close range combat. 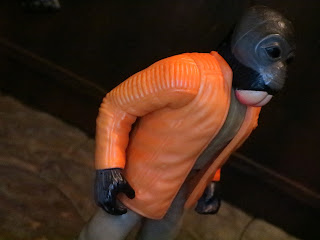 * Just to show off some of Kenner's paint work, you can see that there is actually shading on Ponda Baba's jacket and some nice detail work on his furry hands.
The Negatives:
* Ponda Baba is know for two things: His temper and getting his arm lopped off. Why not give him a removable arm? 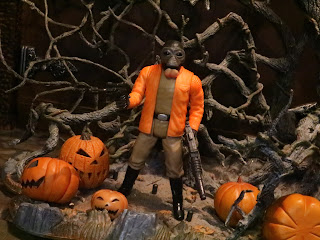 Ponda Baba is one of my favorite POTF2 figures. I love the character and I keep waiting for both him and Dr. Evazan to make their way into Star Wars: The Black Series. They've got to be coming sooner rather than later, right? Anyways, I always like to throw in a Star wars figure in my countdowns and this one made sense. He's a Great and a 1/2 figure and a really solid representation of the character. I loved the fringe characters when I was a kid as it was fun to make up stories about them and have them do their own things. The recent Marvel Star Wars series has done a great job of capturing the magic of playing with the toys as a kid, so check that out if you haven't read it yet. Lots of Ponda Baba goodness, too!
Are you a Ponda Baba/ Walrusman groupie? If so then check out my review of the POP! Greedo/ Hammerhead/ Walrus Man 3-pack.
For more figures from Kenner's Star Wars: The Power of the Force line check out the following:
Han Solo in Stormtrooper Disguise (Froot Loops exclusive)
Lak Sivrak