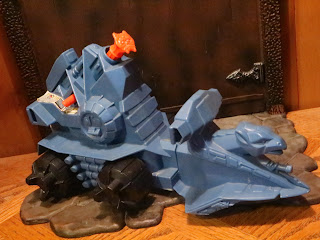 Guess what? I'm actually reviewing a vintage Masters of the Universe toy today! How about that? Yes, the theme of the rest of the reviews today was looking at various toys based on the original series of figures from 1982 but the Battle Ram has thus far only been remade one time, and that was in Masters of the Universe Classics in 2014 (there is an upcoming Mega Construx set, too). While Castle Grayskull, Battle Cat, and the Wind Raider have been recreated and reimagined multiple times, the Battle Ram seems like it has largely been left behind. Why's that, I wonder? It's such an iconic vehicle for the MOTU line. I never owned the Battle Ram as a kid but, then again, I wasn't collecting MOTU until around 1985 or 1986 as I wasn't born until 1983 so maybe it wasn't on shelves any longer. I didn't get this Battle Ram until around 2009 or 2010 when I picked it up second hand to display with my MOTUC figures. Let's check out one of the original 1982 vehicles after the break and see if it stands the test of time! 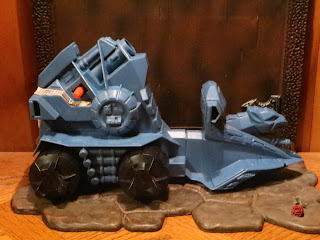 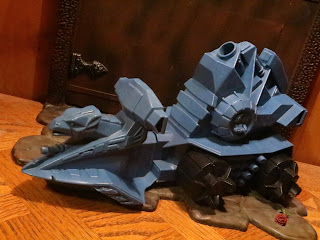 * The Battle Ram is a very unique looking vehicle in the MOTU line and one of the earliest examples of the unusual ancient technology found in the swords and sorcery world of Eternia. Designed by Ted Mayer, the Battle Ram is intended to be a mobile siege device. Kind of a "modern" example of a medieval weapon of war, if you will. Since the conflict of the earliest MOTU story revolved around both sides trying to take over Castle Grayskull, the Battle Ram makes a lot of sense as an accessory. 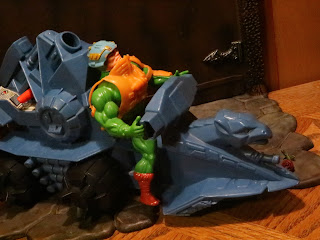 * While the Masters of the Universe figures were incredibly well suited to play, they sure could fit in cockpits as well as Kenner's Star Wars figures or Hasbro's G.I. Joe: A Real American Hero figures. The cockpit is well designed to allow the figure to sit astride it, staying safely in place. There is a bit of a handle on both sides of the vehicle but it doesn't work too well. You don't really need it, though. The figures stay on the Battle Ram just fine. 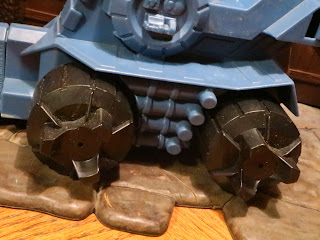 * The large wheels of the Battle Ram remind me of something from an ancient chariot as they have blade like protrusions that could potentially be used as offensive weapons in battle. There are also quite a few exhaust pipes on each side of the Battle Ram. What would Gwildor say about that? 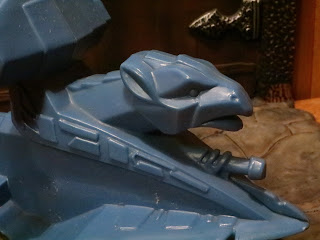 * The griffin detail on the front of the Battle Ram's Sky Sled is really cool. It definitely gives it a bit more of a fantasy aesthetic, although you've also got the laser cannon underneath as well. 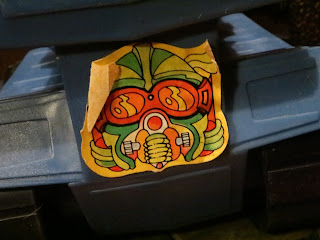 * While my Battle Ram is unfortunately missing most of the stickers, I still have to talk about them as they're incredible. My favorite is this unusual mask like sticker at the rear of the chariot. The stickers were designed by Rebecca Salari Taylor (Mark Taylor's wife) and absolutely add to the otherworldly charm of this toy. 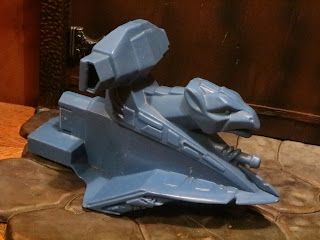 * The Battle Ram's most popular feature is that it separates into two vehicles. The front pops off to become a Sky Sled. The Sky Sleds did appear in the earliest minicomics but they're probably most well remembered as the vehicles everyone hopped around on in the Filmation series. I love the idea of a smaller reconnaissance vehicle being able to launch from the main vehicle, so this suits me just fine. 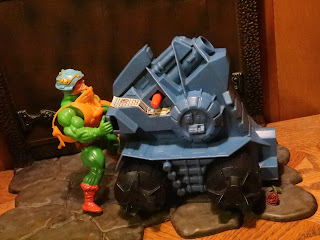 * The rear part of the Battle Ram chariot is the cannon itself. When you see it like this it really does "ram" home the idea that this is a medieval siege device given a futuristic touch. The wheels allow the Battle Ram to remain mobile while the handles on the back allow for the figures to "fire" the weapon. 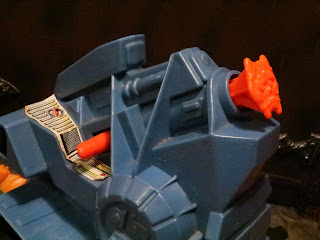 * This thing shoots like crazy! Seriously, mine  can still launch across a good sized room with some real force behind it! 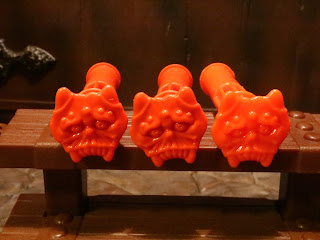 * The Battle Ram comes with three batering ram missiles. I love the weird gargoyle face on the front of these! Two of mine are dark red while one is a bit lighter, so their is probably a variant out there. I imagine when I bought this set the missiles came from two different Battle Rams. 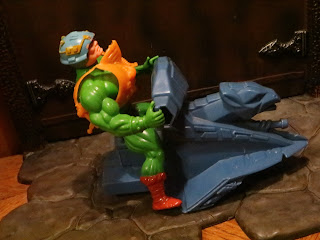 * My only complaint about the Battle Ram is that the figure does not attach to the Sky Sled very tightly. Yeah, they can hold the hand, but the grip is loose. You'd better hand on to your figure if you intend to "Woosh" this around your house. 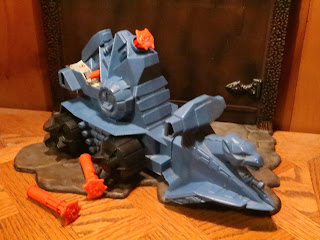 The Battle Ram is an Epic toy and while it's not the most memorable MOTU vehicle of them all, it's certainly a well loved one. The Battle Ram walks that fine line between being sci-fi and swords and sorcery that MOTU captured during its earliest years. It's got some excellent play features that make it a really fun toy. Flashier and stranger vehicles came after it, but the Battle Ram still holds its own. We're almost at the end of Masters of the Universe Day 2020, but wait! There's one more review coming soon...

This is the first Battle Ram I've reviewed on the site. I did review the Sky High & Jet Sled set from Masters of the Universe Classics, however.

For more Masters of the Universe reviews check out the following:
Prince Adam
Saurod