Old School MOTU: Rio Blast from Masters of the Universe by NECA 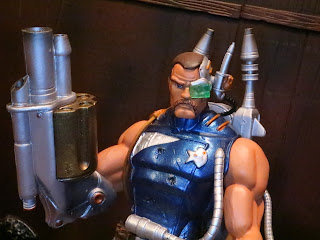 Masters of the Universe Day 2020 is coming up next week (Tuesday, April 28th 2020) and in anticipation I'm having fun showing off some MOTU figures from lines I haven't covered before. Today I'm checking out Rio Blast, a static action figure, or "staction," from the fifth series of NECA's Masters of the Universe line. Yes, NECA. Vaults of Grayskull has a great write up on the history of the line but the basic facts of the matter is that NECA continued the 200x Masters of the Universe line after Mattel ended it, albeit with a twist: The figures could not have articulation. Yeah, this was Mattel's weird licensing stipulation with NECA, but they did allow the figures to be made. Most folks call these mini statues or stactions as there really isn't an official name for the line other than simply Masters of the Universe. Combining NECA's facilities and the incredible designs of the Four Horsemen, this line really brought out some of the greatest redesigns ever seen in MOTU. Rio Blast is a cybernetic cowboy from later in the MOTU line (I remember getting him as a kid and he's still one of my favorite vintage MOTU figures) who really gets an awesome redesign in this line. Let's check out Rio Blast after the break... 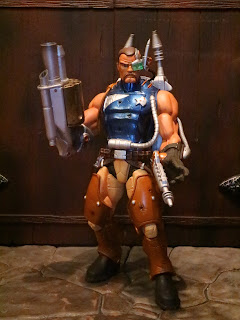 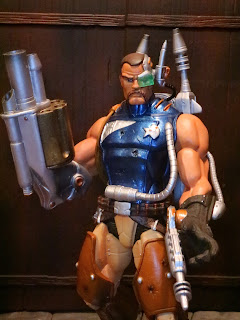 * Holy smokes! Rio Blast has an incredible redesign here. I mean, it's clearly Rio Blast, but he's now even more loaded for battle! While the vintage figure had a blue, old fashioned sheriff's styled shirt this version of Rio Blast looks like he's wearing an armored vest. Or, actually, this might even be his chest. Rio is cybernetically enhanced and there's supposed to be a massive cannon inside of his chest. I love the bullet holes on Rio Blast, too. He's got bullet holes all over his outfit. 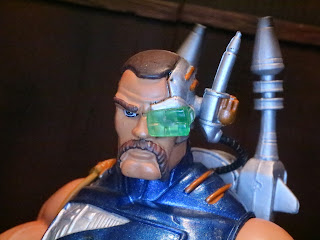 * Here we are! Born to be kings! We're the Masters of the Universe! OK, that's not how the song really goes, but doesn't Rio Blast kind of look like Freddy Mercury? While the original Rio Blast had wavy 70's styled hair and a handlebar mustache but this guy looks even cooler. Plus, half of his head is covered by a metal plate with an antenna (that appears to have a revolver cylinder on it, for some reason) and he's sporting a red cybernetic eye behind his green enhanced viewing screen. 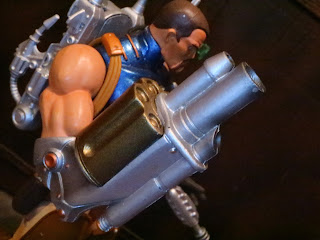 * Rather than having flip out blasters on both hands like the vintage figure, this Rio Blast has a massive cannon on his right arm. It has a cylinder like a revolver and looks like it fires massive slugs. The paintwork is really nice, including some scorching on the tips of the barrels. 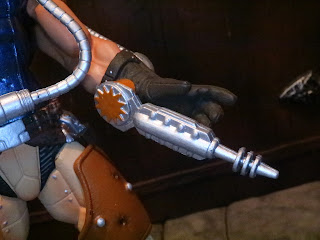 * The weapon in Rio Blast's left hand is very similar to his vintage blasters (which rotated out from alongside of his forearms into a "draw" position. 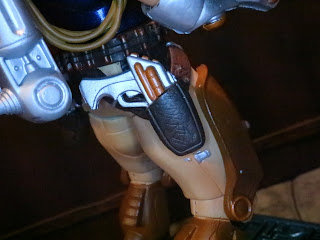 * The Four Horsemen really gave the staction line some impressive accessories, even if they're not removable. Rio Blast has a traditional holster with ammunition all around it stored in loops and two pistols on his hip. Don't these look like they could be updated versions of the laser pistol that came with Castle Grayskull as part of the weapons rack? 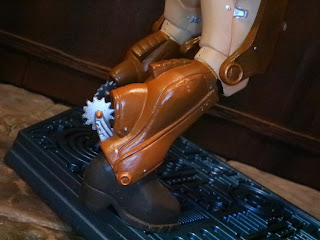 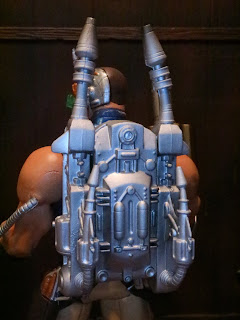 * His backpack, while not in firing position, looks to be a very faithful update of the vintage pack. It's a shame that this thing doesn't operate like the original toy. 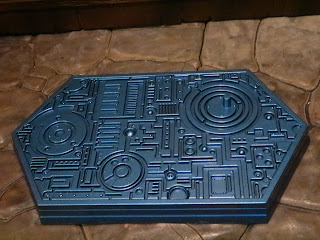 * While Rio Blast does stand pretty well on his own he does include a display stand with lots of technical details to keep him standing upright in the hot Eternian sun. These figures are made from a sturdy plastic (with softer plastic details) so they're not incredibly fragile like you would think of a statue typically being. They're very similar in construction to NECA and McFarlane products from that era. 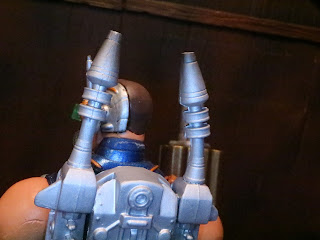 
* There are definitely some parts of these figures that warp rather easily. That's better than breakage but it's something to be mindful of. The tips of Rio Blast's back mounted cannons are softer and tend to wilt over time. 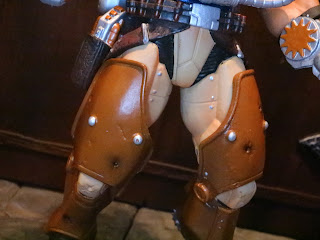 * I know that part of Mattel's stipulation with licensing out MOTU at the time was that the figures couldn't be articulated. Wouldn't it have been cool, though, if Rio Blast could still have his pop out weapons? And if Mattel didn't go for that, wouldn't it have been better if Rio Blast had his weapons out and at the ready? The vintage figure had these thigh guards which could fold down to reveal two blasters. Why weren't those included here? 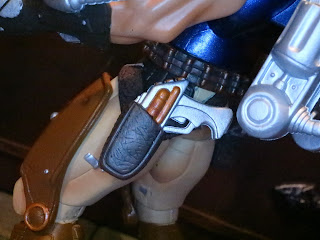 * Quite  few of the "stactions" had removable accessories, so why not Rio Blast? How cool would it have been if the pistols could be removed from his holsters? 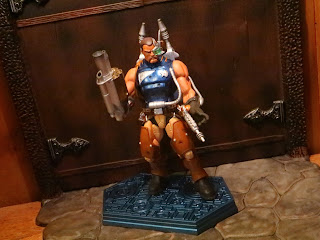 If you're a big fan of the 200x series of Masters of the Universe action figures, then you're probably well aware of the MOTU stactions. This was a cool concept and while they're not as good as actual action figures, they really do fill out a shelf nicely. I get the feeling that Rio Blast isn't one of the more popular characters out there but I've always liked him. In fact, I think this is probably the coolest version of the character ever released (even better than the Masters of the Universe Classics version). He's a Great mini statue that adds another Heroic Warrior to the 200x line and you can usually track him down for a fairly reasonable price. What's not to like?