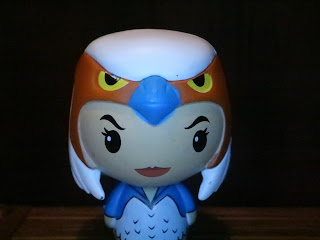 I realized that I didn't have the Sorceress from Funko's Pint Size Heroes: Masters of the Universe line, so I picked her up. I like these cute little figures and I'm always a fan of the Sorceress. She's one of the main characters whose vintage toy I never owned as a kid and, in fact, I still don't own a vintage version of her yet. She's quite pricey! I love when she shows up in any toyline, though, as she's a main character but not one guaranteed to get made. Funko actually hasn't released her in the POP! vinlys line yet, either, though she is scheduled for release later this year. She did make it into the short-lived VYNL line where she was paired with Beast Man but sadly that line never seemed to catch on. Isn't it odd sometimes what catches on and what doesn't? I loved the VYNL figures and felt they had so much character and personality.  I think the Pint Size Heroes range of product has ceased, too, as the only product released last year under the banner were the Fortnite figures from an advent calendar. I really think blind bagged stuff aimed at adult collectors is on the way out (though it's still immensely popular with kids). Let's take a look at the Sorceress and see if she has an answer for us after the break... 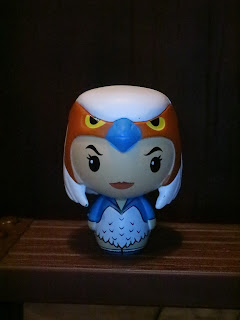 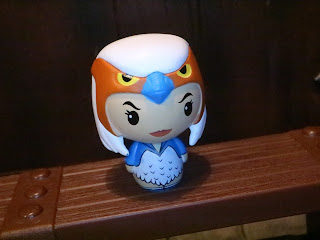 * Since I've already reviewed a few of these it's tough to find much new to say about the scale and the style. They're basically miniature Dorbz with more detailed heads. They're sturdy little figures and for the size I'm impressed with how neat and clean the paint applications are. They have a swivel head, too, so you can get a little bit of personalization out of them when displaying them on your shelf. 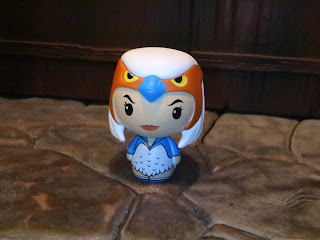 * The Sorceress has an excellent color scheme (as all of the Filmation inspired characters do!) and the paintwork on her feathery tunic looks excellent. This kind of makes me even more excited to see how the Sorceress turns out in POP! form. 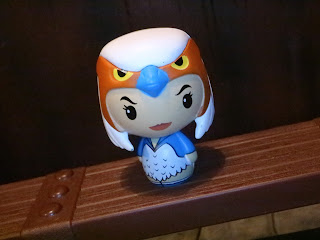 My favorite thing about the Pint Size Heroes is to display them in front of some of the larger vinyl figures like POP! vinyls or Dorbz. It kind of gives off a nesting doll effect. The Sorceress is bright, cheerful, and is a cute little MOTU mini for the collection. The Sorceress is definitely starting to make an appearance in more toylines, probably due to the nostalgia so many fans have for the Filmation cartoon. She's an amazing character and this little minifigure is a Good and a 1/2 little trinket. She seems to be one of the regular releases in the series that's a bit harder to come by, but shop around you'll find a decent price on her for sure.


For more of the Sorceress I've also reviewed the green Series 2 M.U.S.C.L.E. figure, the VYNL Sorceress, the Action Vinyls Sorceress (Pink) and standard Sorceress, and the Mega Construx Sorceress included with Castle Grayskull.

For more reviews from Funko's Pint Size Heroes: Masters of the Universe, check out the following:
Battle Cat
Beast Man
Posted by Barbecue17 at 4/30/2020