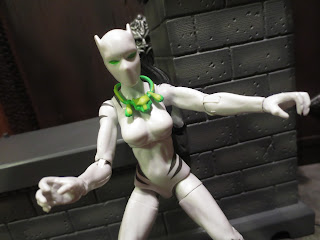 Today's the last day of coverage for my Heroes-Con Haul 2016 and it's another one of last year's Marvel Legends figures: White Tiger from Hasbro's Marvel Legends Infinite Series. White Tiger is a character I wasn't all that familiar with until we bought my 2 year old one of the Marvel encyclopedias last year (she's definitely more into Marvel than DC at this point, a trait she doesn't get from me) and I got the chance to see some of the more recent heroes. White Tiger is a very cool looking legacy character (Ava Ayala is the fifth person to wear the mantle of the White Tiger) and a pretty cool addition to the Marvel Legends collection. I picked her up in a bin at Heroes-Con 2016 for $10 bucks without the build-a-figure piece (Rhino) since I knew I wouldn't be building it anyways. Ready for a closer look at the White Tiger? Then join me after the break... 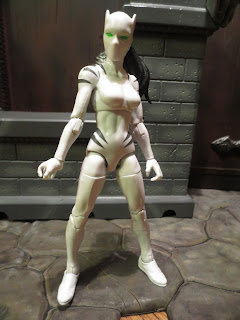 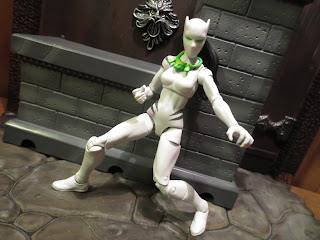 
* Like most Marvel Legends figures, White Tiger is sturdy, well articulated, and fun to play with. Hasbro's doing a really good job with this line right now and that quality shows in the fact that they're even drawing in more casual Marvel collectors like myself. 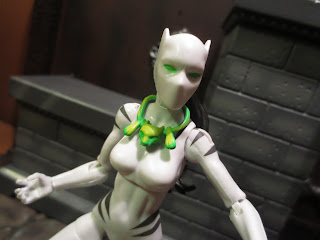 * The headsculpt is very simple but manages to be striking. Offhand, it's tough to come up with many white superhero costumes which means that White Tiger stands out, particularly due to her green eyes. I love that! Mixed with the black stripes on her shoulders and hips and the jade amulet, she has a really unique look that is incredibly eye-catching. 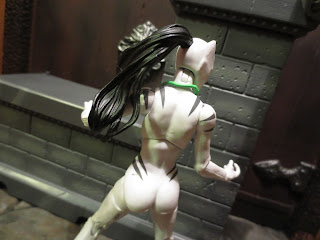 * I'm digging Ava's ponytail. It might not be noticeable at first but it's a cool part of her look. I honestly think it kind of gives off the appearance of a tail or mane without adding something overly silly to the costume. It's a harder plastic piece but it manages to not interfere with her articulation. 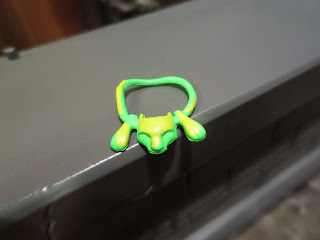 * White Tiger comes with the White Tiger amulet. It appears to be a jade necklace that is passed down to each person who wears the mantle of the White Tiger. It's a cool piece that really stands out on the mostly white figure, particularly with it's two-tone paint scheme.

*Of course, if you purchase your White Tiger new you'll also get a build-a-figure piece for Rhino. His torso his huge and was included with both Ava and Misty Knight. 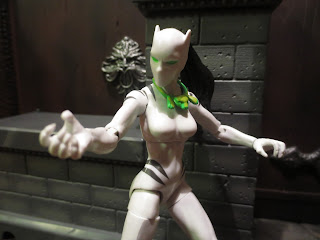 * While she comes with the torso for Rhino, the only accessory White Tiger includes for her own use is the White Tiger amulet. I really wish she would have come with something like an alternate unmasked portrait. That would have been a cool extra to add some more value to the figure. 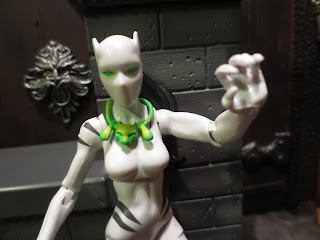 I really like this figure. She's rather striking due to the simplicity of her design although I do have to admit that her simplicity does make you question the value you're getting, particularly in regards to accessories. I know she includes the massive Rhino torso build-a-figure piece but something else for her other than the amulet would have been welcome. She's a solid figure and well executed, but suffers a bit from just not being as impressive as other figures in the line. She's a Good and a 1/2 figure in the Marvel Legends Infinite Series and tends to go on sale a lot, so shop around if you're looking for her.


This is the only White Tiger figure I own but I have reviewed plenty of other figures from Hasbro's Marvel Legends: