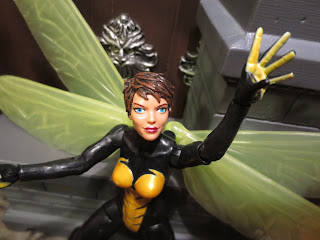 Today I'm checking out another Marvel Legends figure from last year that I just recently picked up for a heavily discounted price: Wasp from the Ant-Man themed series of Marvel Legends Infinite Series. Released to coincide with last year's excellent Ant-Man film, Wasp was part of a series which included parts to build the movie version of Ultron. You know, the guy who wasn't the main villain in Ant-Man. While I initially thought that Wasp would be short-packed and super difficult to find she ended up being kind of a pegwarmer in this series. She's an awesome figure, though, and, while this is a comic inspired version of Janet van Dyne as Wasp, when Evangeline Lilly's Hope van Dyne takes up her mother's mantle in 2018's Ant-Man & Wasp, I imagine more than a few fans will want to track this hero down to add to their shelves. Let's take a closer look at Wasp! 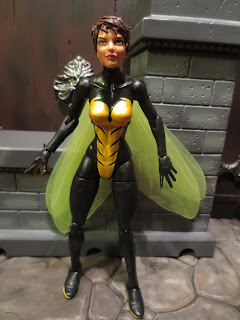 Non-Scalper Price: $20 dollars (although I found her for less than $10 at my local Wal-Mart, so shop around. 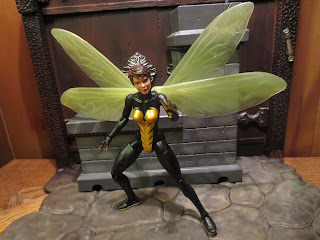 
* Not only does Wasp have the same great articulation and sturdiness that most other Marvel Legends have but she also has some pretty impressive articulated wings! 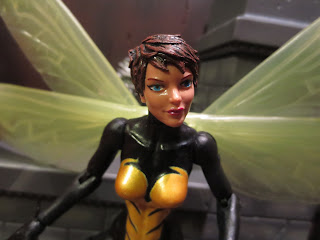 * I absolutely love this headsculpt. The short, choppy do is incredibly gorgeous and has a nice paint wash to bring out the details. I think Wasp is one of the best looking Marvel Legends figures Hasbro has put out! There's just so much character in her headsculpt! 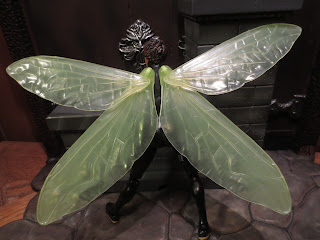 * Here's a look at the wings. They're actually four separate pieces that attach to the figure. These work great, feel very sturdy, and have a cool translucent effect to them. 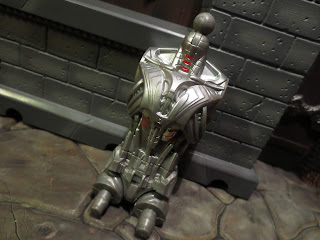 * While I'm not planning on building this figure, I still give props to Hasbro for continuing to offer Build-a-Figure parts. I will say that I've seen Ultron assembled in person and  don't think he's particularly impressive, but it's nice to have the option to build him if you really want the character. Otherwise it's an extra robot torso to throw around in a battle scene of some sort. 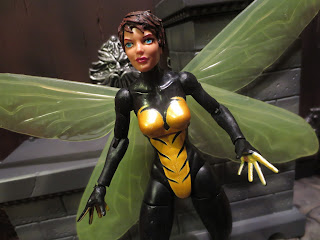 * While Wasp's costume isn't too crazy the metallic looks great! Sometimes yellow on black can go horribly awry when it comes to paint but Hasbro did a fine job here. This looks really sharp. 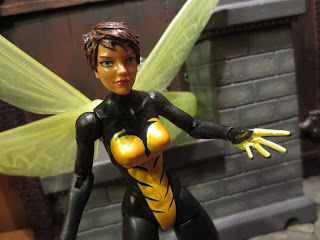 * Other than the build-a-figure piece, Wasp comes up empty-handed in the accessory department. I'm not sure what might have worked for her accessory wise but I can say that I would have loved an alternate portrait inspired by her appearance in Earth's Mightiest Heroes. Or a miniaturized version of Wasp herself. Ant-Man came with one, so Wasp should have, too! 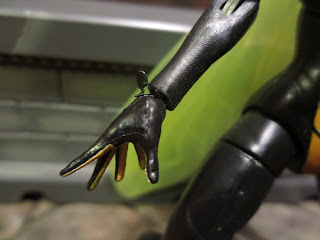 * Wasp does have a couple weird little problems that are just minor QC issues that I feel I should still mention. First is the "flash" on her right wrist. Even thought I removed the big piece seen in the picture to your right there are still some smaller pieces hanging around. Secondly, there's a bit of yellow paint slop on her right calve. Not sure what that's from (probably the edges of her boot soles) but it's annoying. 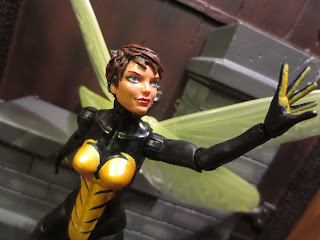 Wasp is another Good and a 1/2 Marvel Legends figure. She's an awesome looking figure but, like a few Marvel Legends figures I've reviewed lately, she doesn't have as many cool accessories as some of the heavier hitters in the line. That's a shame because it'd be so cool to Wasp with some cool extras like a mini-Wasp or an alternate head. She's still solid though and, since you can probably easily find her on clearance, she should be worth the price you pay. I picked her up on clearance for $10 and I'm not at all disappointed.

I haven't reviewed any other figures of Wasp but I have reviewed plenty of other Marvel Legends figures from Hasbro, including: