Action Figure Review: Stinkor from Masters of the Universe Action Vinyls by The Loyal Subjects 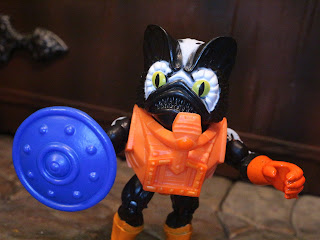 Today I'm checking out the last figure from the case of series 2 of The Loyal Subjects' Masters of the Universe Action Vinyls, and it's Stinkor! I really like Stinkor and while he's not one of my very top favorite MOTU characters he's definitely a character I have vivid memories of from childhood. I distinctly recall my mom taking me to see the 1987 re-release of Snow White, taking me to dinner at McDonald's, and then buying me the vintage Stinkor figure. I still like Stinkor figures although I gotta give The Loyal Subjects some criticism since their version of Stinkor doesn't stink. Why not? The vintage figure reeked of patchouli and nearly every Stinkor since then has attempted to replicate the feature. Not this one, though. Still, he's a colorful design and a fun figure, so let's check him out after the break... 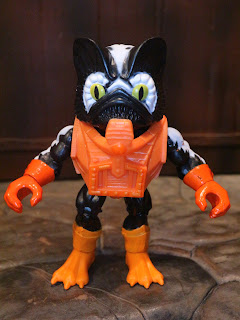 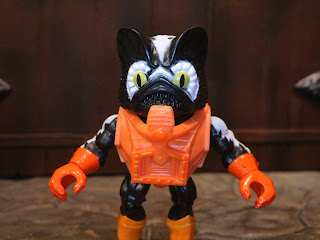 * Just like you would hope, Stinkor is assembled from multiple reused parts including the head from Mer-Man and the body armor from Mekaneck. The colors are great: The black and white on Stinkor's fur looks pretty striking while the orange armor actually has some darker orange highlights, too. 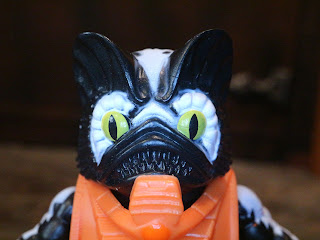 * Of course, taking direction from the vintage action figure, Stinkor's portrait was reused from Mer-Man. It's amazing that when it was repainted to look like a sunk rather than an ocean warlord, I never even noticed that Stinkor and Mer-Man shared a headsculpt as a kid. The sculpt is still strong here and the little paint flourishes definitely help change the feel of the sculpt. 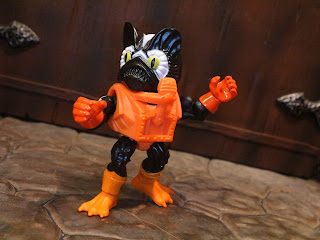 * For series 2 The Loyal Subjects redsigned the base body for the line. There's more articulation here and a slightly slimmer body for the base figure (although the articulated is hidden a bit by the armor). The figure has quite a few balljoints, though not all of them have an extreme range of motion. The head and body joints are good, though, and the figure stands well and has a nice playability factor to it. 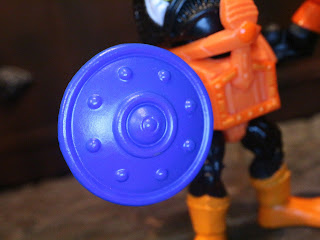 * Stinkor comes packing his shield. I'm not sure why Mattel gave the vintage toy a shield (it was reused from the Castle Grayskull weapons rack) but most versions of the character have since included it. This shield looks just like the vintage toy, only a bit smaller. 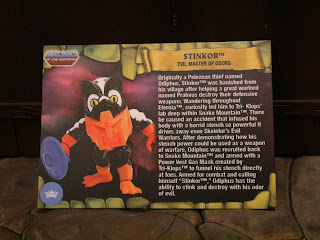 *  To add a bit more personalization and fun to each release The Loyal Subjects adds a bio card in with each figure. It's a cool little extra that uses the MOTUC bio for Stinkor. The back features a checklist for series 2, as well. 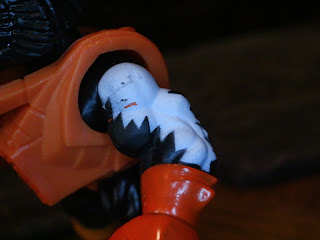 
* Stinkor unfortunately has a bit of paint slop on the white streak on left arm. It's got some red and black on there, evidently paint slop from his gloves and some areas where the paint wasn't fully applied. 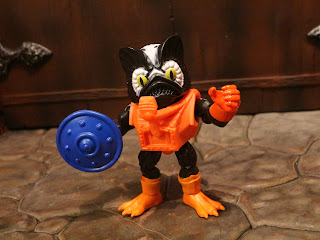 Like the rest of the basic figures in this series, Stinkor comes backed around 2 in 12, or 2 per case. Unlike the rest of the basic figures in this series, however, Stinkor was not part of the Hot Topic exclusive series 2 assortment, so he might be a bit tougher to track down (the Hot Topic assortment had Mekaneck in his place). He's a Good and a 1/2 Action Vinyl: Lots of reuse but colorful, and faithful to the vintage toy. Yeah, there is some paint slop, but overall he's a pretty decent miniature action figure. I just wish he smelled! What is a Stinkor figure that doesn't stink? Just... just Or. That's what. Just Or.


If you're a fan of Stinkor, the Evil Master of Odors, check out my review of the green Stinkor M.U.S.C.L.E. minifigure from the Series 2 pack and the Funko POP! Stinkor #657.