Wrapping Up 2019: Sorceress from Masters of the Universe Action Vinyls by The Loyal Subjects 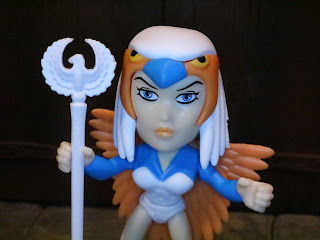 Now that many Walmarts have placed a collector focused section in the electronics section containing a number of different lines from The Loyal Subjects' Action Vinyls range I've been having some luck finding a few of the less common Series 2 Masters of the Universe Action Vinyls. First I found Orko in early December and then, in late December, I stumbled upon the Sorceress. I ordered a case of these last Spring and wound up with the fairly rare Pink Sorceress variant but I really wanted this classic Sorceress for my collection. Well, here she is! Let's check her out after the break... 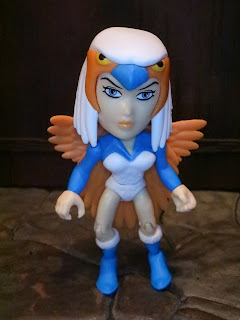 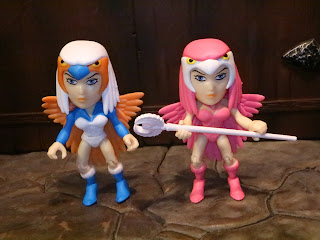 * On the left is the classic colors Sorceress (with a rarity of 1/24) while the pink outfitted Sorceress variant is on the right. These two are simple paint variant with the same pros and cons. The articulation is the same (including the loose balljointed hips) as are the accessories. 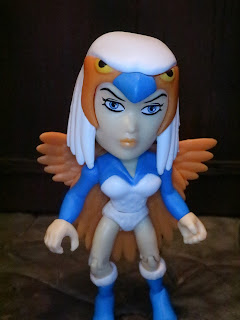 * I like the Pink Sorceress and she definitely stands out in a MOTU collection (where pink isn't terribly common), but the classic Filmation color scheme for the Sorceress' outfit is definitely my favorite. She's gorgeous! 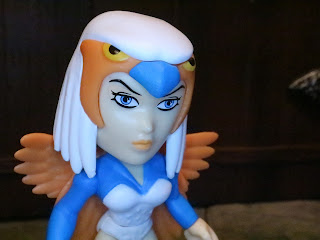 * The headsculpt is great and I actually believe the paintwork on this version looks just a bit sharper than on the previous version. The eyes are gorgeous! 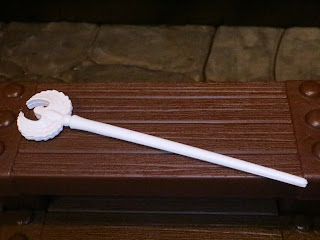 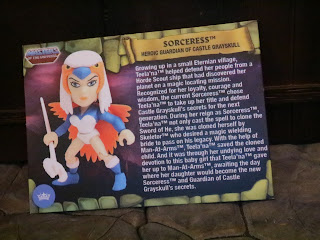 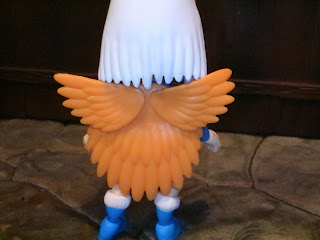 * While I like the look of the wings, and complimented them on the pink Sorceress variant, here the wings aren't glued on very straight. They're kind of on at odd angles (it's harder to see in the picture) and even restrict her head movement. 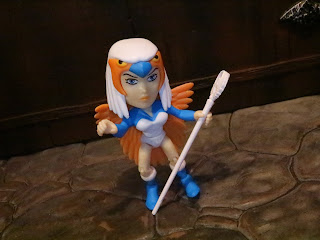 While there is nothing really different about this figure than the pink Sorceress, I still like the classically colored version a little bit more. This is still a Good and a 1/2 figure and I do like the headsculpt and the staff quite a bit. I haven't heard anything about a third series from The Loyal Subjects, so maybe Mattel has pulled the MOTU license from them just like they did for Super7? I don't know but it could be that Mattel thinks they are too similar to the Masters of the Universe Minis they have coming out this year. Anyways, if you dig the MOTU Action Vinyls go pick them up and support The Loyal Subjects. Let them know their is a market for these!

For more of the Sorceress I've also reviewed the green Series 2 M.U.S.C.L.E. figure, the VYNL Sorceress, the Action Vinyls Sorceress (Pink), and the Mega Construx Sorceress included with Castle Grayskull.