Wrapping Up 2019: Stratos from Masters of the Universe: Mega Construx by Mattel 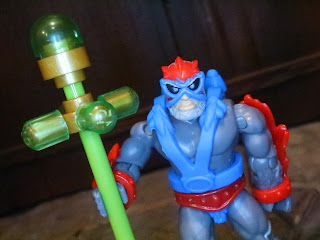 Mattel's relaunch of the Masters of the Universe: Mega Construx line is just starting to hit stores (folks are finding them at Walmarts across the US and in Canada) but today I'm checking out the last MOTU figure from the previous Mega Construx line (which included characters from multiple different properties): Stratos, the winged warrior of Avion. Stratos is actually making an appearance in the first series of the new line as well, although that version has the blue wings and red jetpack while this guy has the red wings and blue jetpack. And yes, these things matter to Masters of the Universe fans. Stratos was released in the same series as Scare Glow, which ended up being notoriously difficult to find until a month or so ago when these guys started showing up at Bargain Hunt stores and other discount retailers. Ready to check out Stratos? Then join me after the break... 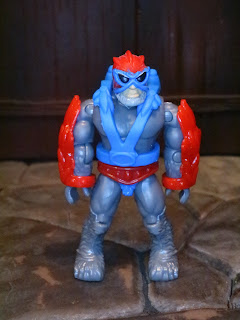 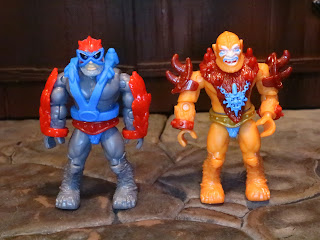 * Stratos (on the left) shares the same hairy base body as Beast Man, which makes sense. The vintage toyline and Masters of the Universe Classics had these guys sharing parts, too. Besides, when you change colors and add in all of Stratos' unique gear, they don't look at all the same, do they? 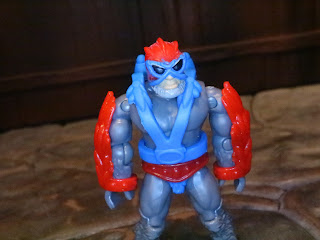 * Stratos looks pretty cool here. I've never been the biggest Stratos fan, but I do really like his bold red and blue color scheme. The figure really captures the look of the vintage toy. Actually, he really resembles the Masters of the Universe Classics Stratos even more, doesn't he? The wings and jetpack are separate pieces, although you'll have to disassemble the figure to remove them. 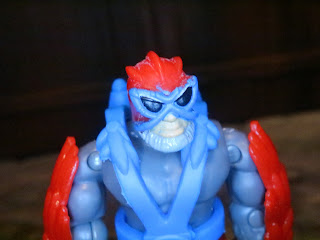 * Stratos has a lot of detail in his tiny portrait. His helmet and goggles comb looks great, as does his beard. 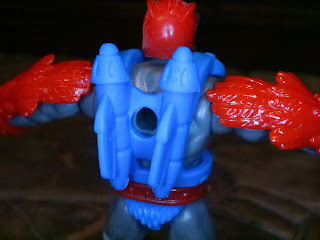 * The jetpack has a lot of detail in the sculpt. It's molded from a rubbery plastic. 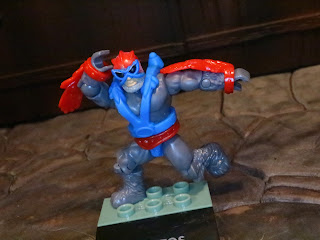 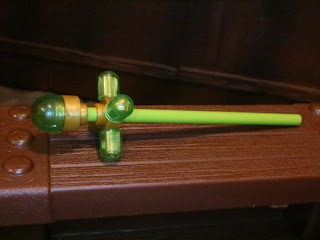 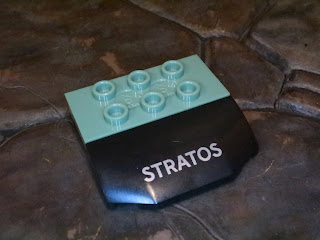 *  To help display these, each figure includes a stand. The stand is made of three separate pieces and features a Grayskull green base and a nameplate with the character's name printed in silver. 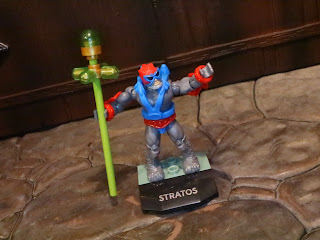 The Mega Construx Masters of the Universe line might be one of my favorite lines of 2019. While some of the figures were released previously, 2019 really ramped things up and 2020 seems like it's going to be even bigger and better. Stratos is another excellent figure, easily a Great and a 1/2, and is well worth tracking down. These guys are showing up at Bargain Hunt stores for $2 bucks, so check them out. That's causing the online prices to drop as well, so if you don't have a Bargain Hunt nearby you may still be able to find a deal.

If you're a Stratos fan then check out my review of the M.U.S.C.L.E. green Stratos from series #2, the minifigure Stratos from the 200x Heroes Vs. Villains Gift Pack #1, and Super7's Neo-vintage Stratos.