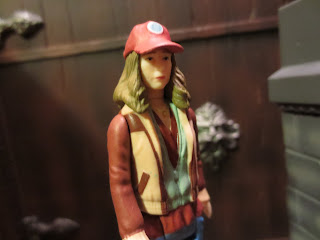 Today I'm looking at a figure from a movie I've only seen the first forty minutes or so of: Tomorrowland. I was at a social event and it was playing in the background. It seemed interesting enough but why the movie didn't do too well in theaters is up for debate. Anyways, I ended up with this figure because I purchased one of the GameStop exclusive Funko Mystery Boxes that were available on Black Friday. For $20 dollars you could purchase a blind box filled with various Funko product. While I love ReAction figures, I wasn't too thrilled with what I ended up with. The first figure I received is the subject of today's review, Casey Newton. Played by Britt Robertson, Casey is the hero of the film (so far as I can tell, anyways) who finds her way to Tomorrowland. Ready for a closer look? Then join me after the break... 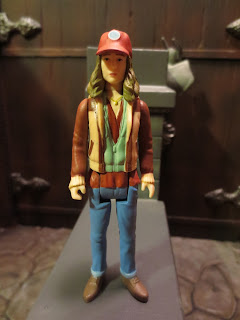 Non-Scalper Price: $10, although I obtained mine through one of the GameStop exclusive Black Friday Funko Mystery Boxes. For $20 I got two ReAction figures, an exclusive POP!,  Harley Quinn key chain, and two Deadpool pins. 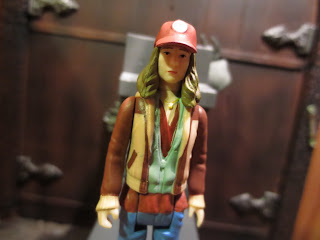 *Casey Newton is definitely a great example of how far Funko's sculpting has come on the ReAction series. She's a nice looking figure with a high number of paint applications and a fairly complex outfit. I love the way Funko handled the layered look of Casey's outfit. The hair and ball cap look great, two. This definitely meed a nice balance between being an aesthetically pleasing figure and having the qualities of an early 1980s Kenner styled figure. 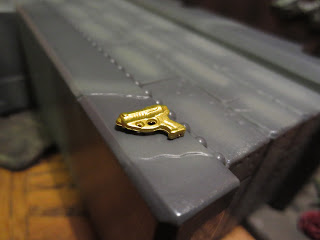 * I don't know much about the pistol that Casey comes with but I do like the design. It has a suitably retro-futuristic appearance and a nice sculpt. I also dig that it's cast in gold plastic. It's a unique look and I really like it. 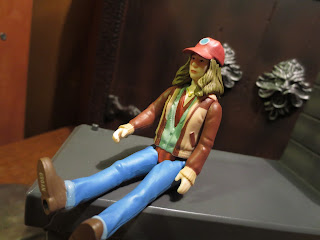 * Like most of the Funko ReAction figures from this year Casey feels very durable. She's definitely of an improved quality from some of last year's figures such as the Terminator and Escape from New York lines. Her head doesn't swivel like most other figures but that's because her hair is quite long and very nicely sculpted. 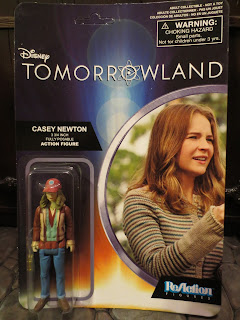 *Tomorrowland seems like a really bizarre license for Funko to have gone after in the ReAction series and I'm kind of wondering if it's one of the lines that has caused Funko to take a step back and decide that no more ReACtion figures based on "newer" properties will be released. Let's be honest: Since the figures don't excel in sculpting, paint, or likeness, ReAction figures really seem to only sell based on nostalgia and brand recognition and Tomorrowland has neither. It was a new property that didn't really set the world on fire. 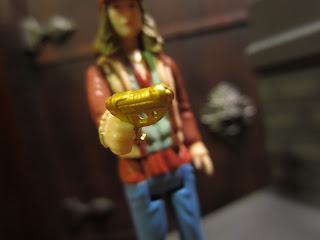 * Even though Casey's pistol is small, her hands really aren't designed to hold it very well. She has to hold it at an odd angle rather than having it face forward. 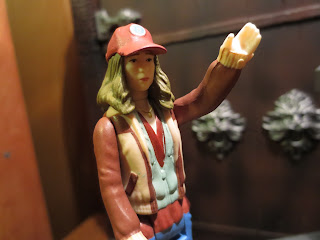 To be honest, Casey Newton is a really nice ReAction figure. That being said, she's just not a figure that I really had any desire to own. Since she came in one of the GameSpot Funko Mystery Boxes I didn't really pick this exact figure and I can say that I probably wouldn't have. ReAction figures typically have to have some sort of special nostalgic for me and this figure just doesn't have that. In the past I have purchased well sculpted figures from companies like NECA, Mezco, and McFarlane based on properties I didn't even care about due to the wow factor of the figure. Obviously, that's not really a factor with ReAction stuff and if you don't have a tie to the property, you'll kind of be asking yourself "What's the point?" I'm giving Casey a Good simply because that's what I consider a pretty average rating. She's nice enough, but was anyone really clamoring for Tomorrowland ReAction figures?

I have reviewed a number of figures from Funko's ReAction lines, including: