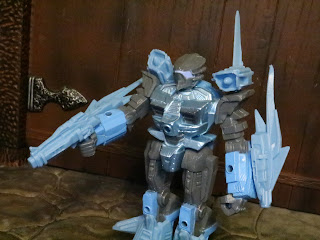 Today I'm reviewing the final accessory set from the newest series of Final Faction releases. It's also the last item currently available as we haven't seen anything else revealed yet, so I guess we're all waiting to see what happens with the line. Let's check out the A.C.R.M. Razor, an accessory pack to add more aerial prowess to the A.C.R.M. Let's take a look at the Razor set after the break... 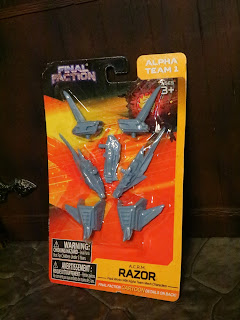 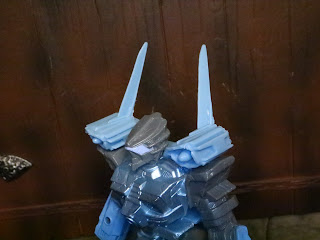 * The first set of attachments for A.C.R.M. are the Whistler Turbines. They simply plug into the shoulder ports on the mech and add some additional boost when flying. The A.C.R.M. has plenty of ports on it so you can easily mix and match pieces from this set and the original Air Assault set to customize your mech. 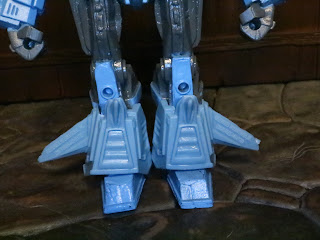 * The Zephyr Stabilizers fit over the A.C.R.M.'s boots to allow better stability in flight. Zephyr, huh? Remember the Chris Van Allsburg book The Wreck of the Zephyr? I loved that as a kid. I loved Chris Van Allsburg in general. That has no relation to Final Faction but if you want some interesting picture books with fantastic, mysterious art and stories, check him out. If you have younger kids they'll love him. 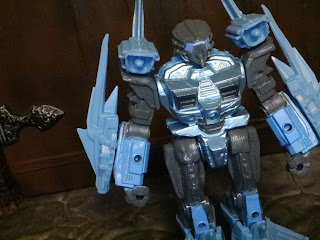 * Last up are the Ion Blast Shears which mount onto the sides of the A.C.R.M.'s forearms. They provide more flight control and definitely add more sharp, angular designs to the profile of the mech. 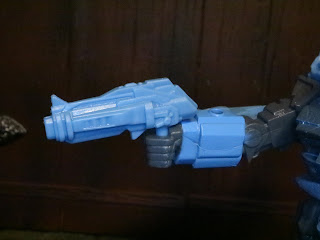 * There's a weapon included for the A.C.R.M. as well: The E-Flux Blaster. It's a nice blaster that gives the A.C.R.M. a unique weapon and which looks pretty cool. Mechs are just cooler when wielding a hand cannon. 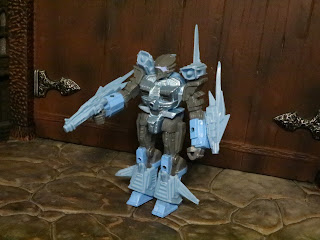 The A.C.R.M. Razor pack isn't bad at all. It's not the most exciting set but it does have some cool pieces that all work really well and give you lots of opportunities to customize the A.C.R.M. unit. The sculpting is pretty solid on the attachments and the electrical pistol is a cool sidearm for the mech. This one gets a Good and a 1/2 from me. Mix this with the pieces from the Air Assault kit and you can really make the A.C.R.M. an impressive part of your Alpha Team 1 arsenal.