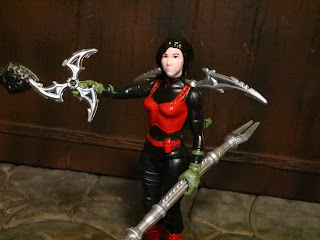 Today seems like as good of a time as any to check out another of the new Final Faction accessory kits. This time it's the Shift Blades set, an accessory pack consisting of four weapons for Shift and a backpack to carry them all in. Shift is one of the first series figures from the end of 2020 (but I only reviewed her back in April), so it's nice to finally have an accessory pack devoted to her. I've always used a few of the Covert Ops pack accessories with her but these here are all much more fitting. Ready to help Shift gear up for some CQB? Then join me after the break... 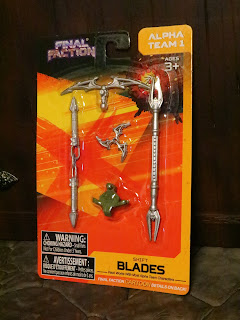 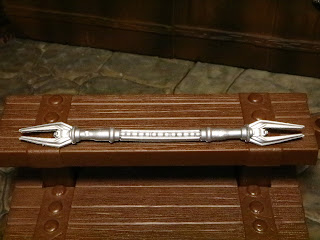 * First up for Shift is the Stinger, a pretty cool battle staff with two sharp ends. According to the package those ends are actually tasers, so this seems like a pretty useful weapon. I like the sculpt on this piece as it looks rather fancy and futuristic. The plastic on the pieces in this kit are a bit more rubbery than the earlier accessory kits but they still feel pretty good. Not rubbery enough to look like they're wilting or anything. 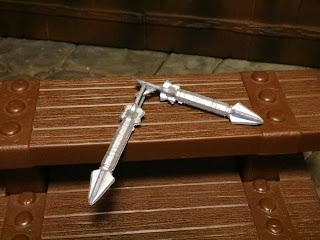 The set also arms Shift with some bladed nunchaku which are called Mikey and referred to as "radical." That's gotta be a TMNT reference for sure. They're quite cool and actually have a separate plastic link attaching them, so they can twirl around. 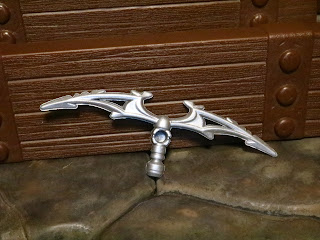 * The third weapon is the Double Dragon, a really nasty looking blade that kind of looks like a Klingon bat'leth. It seems kind of impractical but it has a neat look to it. There's a handle in the middle, so I'm not exactly sure how Shift would wield this. Still, it looks sharp. Both "cool" sharp and "you're going to get cut" sharp. 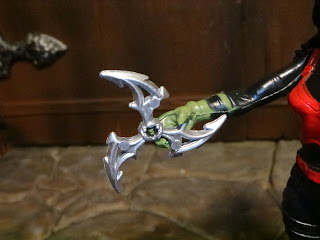 * Last up is a shuriken. It's a bit larger and seems more like the glaive from Krull, though it only has three points. It's cool looking and would also go well with Blade or Storm Shadow. Heck, any ninja, even a 6 inch scaled one, could use this. Shift does hold it nicely, though. 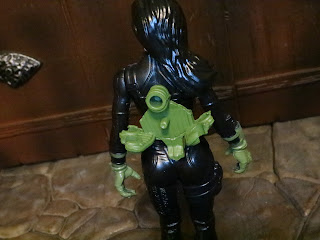 * The final piece in the set is the blade pack, a simple backpack with lots of clips and posts for Shift to carry stuff. There are two clips on each side, a hole in the center, and a small peg for the shuriken. It's basic but matches Shift's gloves and gives her some nice carrying capacity. 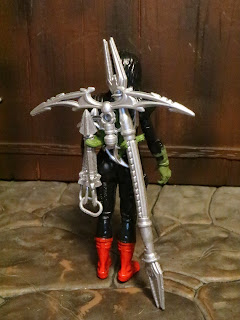 * Shift can carry all of the weapons from this set! The Mikey can fit on one side, the Stinger on the other, the shuriken in the middle, and the Double Dragon on top. And her hands are free! Wait... do you want more storage space? OK, check this out... 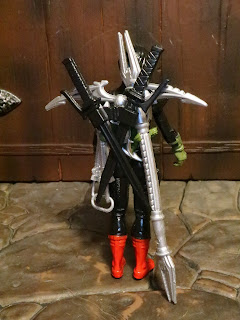 * See that hole in the Double Dragon? You can place the peg from Shift's standard sheathes in there so she can also carry her katanas. She's loaded down! 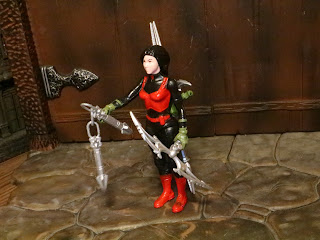 The Blade set is a really neat accessory pack for Shift. I'm legitimately quite impressed with it as it definitely adds some more coolness to the Shift figure. The weapons are nice and the fact that she can tote all of them around is incredible. This set gets a solid and very respectable Great 1/2 from me. Not only is it cool for Shift but some of these weapons could definitely be scavenged for use by figures in some 5-6 inch scaled lines. Nicely made and it complements lots of collectors; for $1.25 that's a value! I might grab another to gear up Ninja Spawn a bit more...

If you're a fan of Shift check out my review of the standard Shift figure.