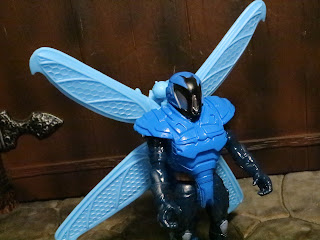 Only three more accessory packs left to review in this most recent series of Final Faction toys and today I'm checking out the Steel Dragonfly, an armored flight suit for Steel. For this most recent series of accessory packs Greenbrier International really increased the quality of the designs and included some really impressive and complex upgrades for the Alpha Team 1 heroes from the first series. They also changed the plastic, making things a bit rubberier and more flexible. That actually has worked well for the sets I've reviewed so far but it causes some real problems for today's set as it makes the connections between the wings and the pack far too flimsy. This one is a bit of a disappointment, especially for how cool the design is. Let's take a look at the Steel Dragonfly set after the break... 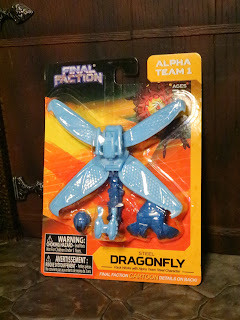 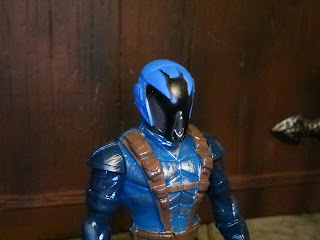 * Let's start with some positives: First up, this helmet is really cool. It's a great design that has some paint applications and can be used by Steel with his standard equipment as well. Fitting the Dragonfly theme of this set, this helmet is called the Dragon Eyes and it supplies Steel with a digital H.U.D. 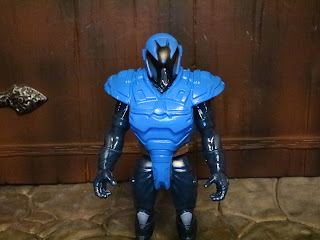 * The Scalar Armor is another nice piece that gives Steel some extra bulk and protection for combat. Again, this works great on it's own and improves Steel's outfit. 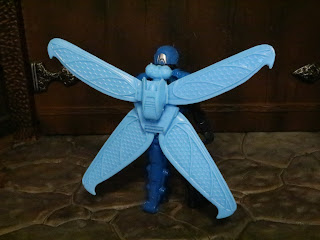 * With the Dragonfly kit assembled, the tail assembly, the DZ-1 Flight Pack, and the Arclight Wings combined make for a pretty impressive look for Steel. The wings are quite neat with a unique texture on them to give them that high-tech, impressively designed appearance. 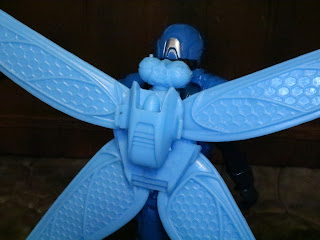 * The flight pack attaches to the wing assembly and provides some extra "boost" for Steel. You can also see the dragonfly like head on the back of the wing assembly. Presumably it collects information for Steel about what's going on around him, linking that into his helmet. 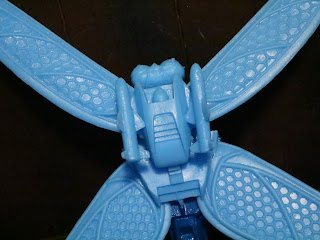 * The flight pack is also equipped with two Dragon Fang missiles. They're really tiny, so be careful! 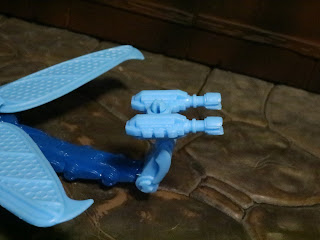 * The Arc Zipper tail mounted minigun is pretty cool. it swivels and rotates so it can fire in multiple directions. 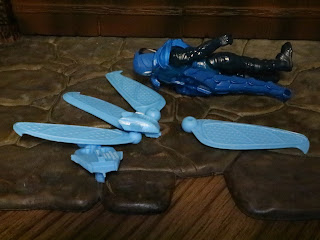 * My biggest problem with this set is that the wings, the wing attachment, and the flight pack just don't stay securely attached. The plastic is soft and it really feels like there's no tension to keep things together. If you're intent on displaying this one you might just need to use some glue in a few strategic places. 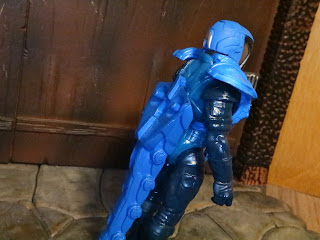 * The tail piece is the main attachment to Steel's back but it also just doesn't fit on him that well. Honestly, fewer pieces might have worked out better for this set. 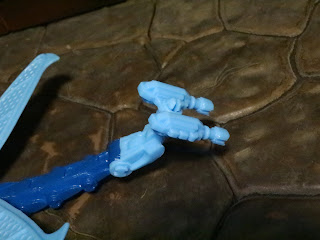 * Lastly, while the tail gun does spin, it's also very loose and won't stay in a posed position at all. It just kind of flops around. 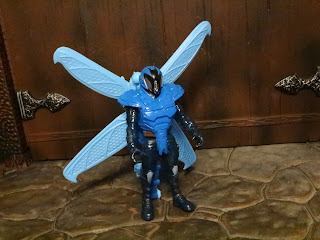 This set looks incredible, but it falls apart so easily that I can't help but give it an Eh. Why not a lower rating? Well, the helmet and armor are quite cool and work nicely on Steel. For the price, those pieces alone are pretty solid accessories. If you're willing to work with some glue or if you plan to just stand the figure around you might end up being satisficed. The Dragonfly is such a cool concept so it's really a shame that it doesn't work as well as you'd hope. Poor Steel! He really deserves better, doesn't he?

If you're a fan of Steel also check out my review of the basic Steel from Final Faction.