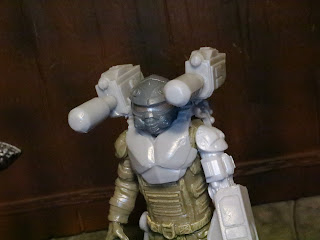 The newest series of Final Faction accessory packs is all about providing extra gear to the original Series 1 members of Alpha Team 1 and today I'm checking up the Cyborg set, an equipment pack for giving more armor and firepower to Steadfast. Steadfast already has a cybernetic arm and a robotic eye but the Cyborg set gives him some more armor, some extra cannons, leg attachments, and some upgrades for his arm. He's the leader of the team so he has to be prepared for anything the Kharn toss his way and this set definitely gives him the edge. Let's check out the Steadfast Cyborg kit after the break... 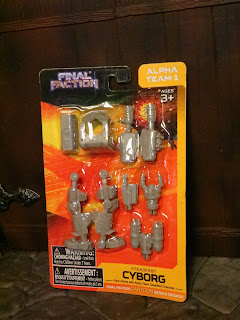 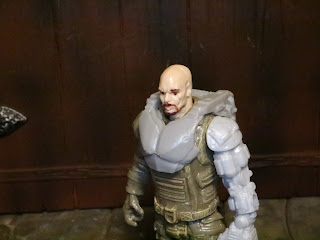 * Let's start small with Steadfast's Condor C.B.A. armor. I'm assuming C.B.A. is an acronym for Condor Ballistic Armor as it's definitely some heavy duty stuff that fits over his torso and plugs into one of the ports on his back. It's simple and definitely makes the basic figure look a bit more complex. 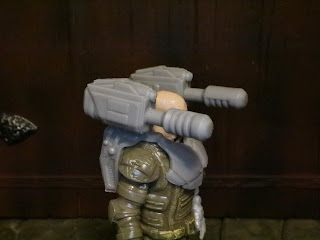 * Next up are the Mk. 2 Ion cannons. They plug into the shoulder harness on the C.B.A. and provide some serious firepower. You could certainly use one or the other if you wanted but with both attached Steadfast is definitely throwing some fire downrange at the bad guys. 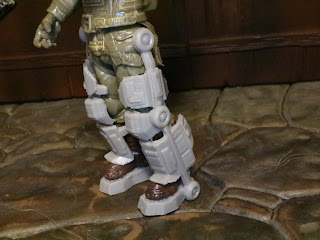 * The XO- Thunder leg supports clip onto Steadfast's legs and plug into the bottoms of his feet. They had some height and lots of extra protection. I wonder if they function a bit like the exo-suits in Elysium? 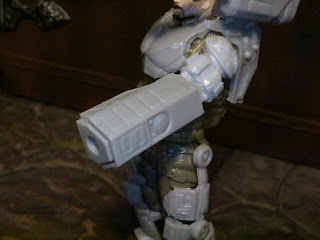 * The Man-O-Arms is a weapon that fits over Steadfast's Cyborg arm (perhaps an upgrade?) and provides a port to attach three different tools. I like the name. Is this a reference to Man-At-Arms? It's a very Trap Jaw like feature, though, and it's quite fun. Let's check out the crazy attachments. 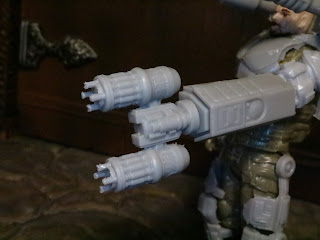 * The best weapon are these Plasma Coils, supposedly some sort of devices which fire streams of plasma. I think they look more like miniguns. The weapon rotates at the attachment point, so imagine this thing spinning while those minigun barrels rotate. Would you even have to aim with something spitting out that much lead? 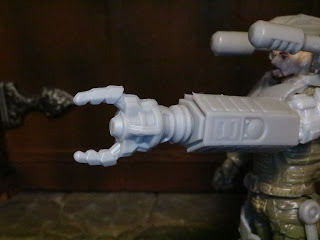 * The second attachment is called the RZ-Clamp. The packaging revers to it as a hydraulic clamp but it doesn't look like a clamp to me. It looks like some sort of energy shooting weapon. I don't know. Maybe those are segmented parts of the claw. It looks cool, though, so you can pretend it does whatever you want it to do. 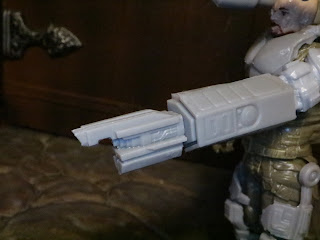 * The last attachment is a railgun. I recognized it as being a sci-fi styled railgun right away so kudos to the sculpting team. This is a pretty nifty attachment with some nice sculpted detail. The light gray plastic makes it harder to tell how much excellent detail is on these accessories. 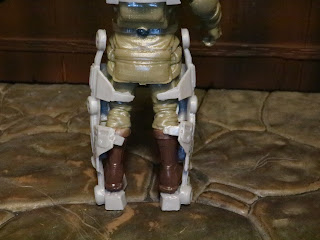 The Negatives:
* The leg supports stay on fairly well but the look kind of off at different ankles. The fit doesn't look as secure as you'd hope for. 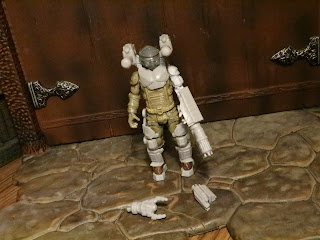 The Steadfast Cyborg set is another Great accessory set for the Final Faction line. This one is one of my favorites and really looks pretty cool on Steadfast. I left his standard rifle off of him but when you add it on he really is kitted out to light up some Kharn scum. Everything feels pretty nice and sturdy here and fits together perfectly. This is a cool set that definitely improves the original figure. While these new sets have been dropping over the past few months, things have been kind of quiet on the Final Faction front regarding new releases. Hopefully we'll hear about some upcoming product soon to let us know the line is still kicking.


If you're a fan of Steadfast also check out my review of the basic Steadfast figure.