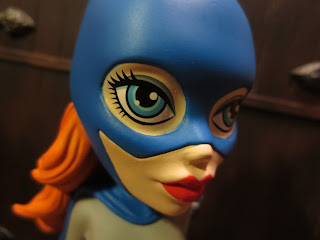 He everyone! It's Barbecue17 and I'm back with another Batgirl review! This time I'm taking a look at Batgirl from the first series of Vinyl Vixens from Vinyl Sugar. If you're unfamiliar with them, Vinyl Vixens are a line of non-articulated vinyl figures based on female DC Superheroes and Villains. The first series, which consisted of Harley Quinn, Catwoman, and Poison Ivy, have been out for a few months now, but Batgirl is a pretty new release. While there are lots of high end Batgirl collectibles out there from companies like Sideshow, Tonner, Tweeterhead, and Tonner, it's nice that companies like Kotobukiya and Vinyl Sugar are putting out some very cool stuff at a less expensive price point. Ready for a closer look at Babs in her classic blue and grey outfit? Then join me after the break... 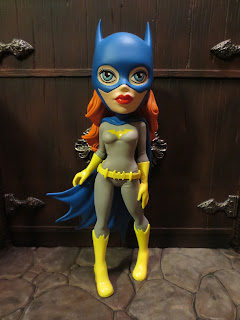 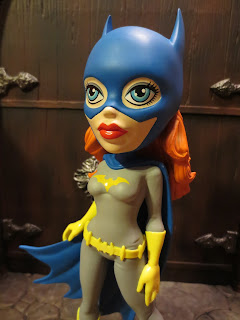 * I really like the sculpt here.  The design aesthetic has the head a little larger than it should be but the body proportions are fairly normal looking. Batgirl is a fairly heavy figure and definitely feels solid and sturdy. I like that her gloves, belt, boots, cape, and hair seem to be molded out of different types of plastic. It gives her a better appearance and somewhat of a more layered feel. The paintwork on the face and on the body is pretty neat as well, and there's little to no paint bleed on the figure. 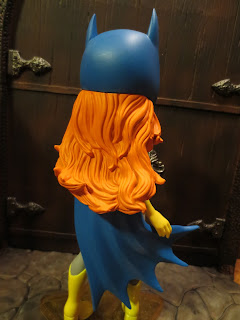 * I just wanted to include a shot of the back of the statue. The hair looks great. It's simple but has a lot of nice sculpted detail that gives it a flowing appearance. The way the cape is kind of wrapping around her body is also a cool touch. I like how she's pulling the cape forward with her right hand. 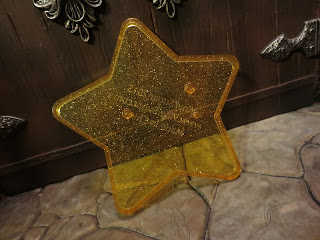 * I like the stand. It adds a little flair to the figure and looks pretty cool on it's own. It's a simple yellow translucent plastic star with glitter mixed in. It has three foot pegs: One for the left foot and two for the right foot. 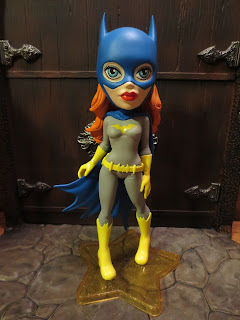 * When Babs is attached to her included base she is really stable. She looks great standing on display! 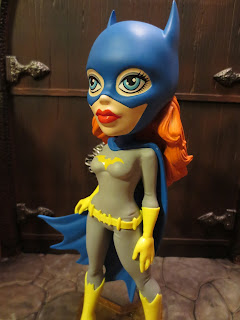 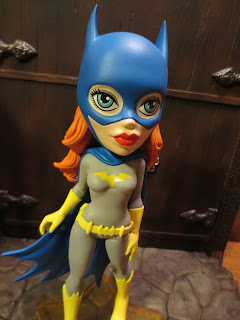 As someone who picks up any Batgirl figure or statue I can get my hands on, I can sometimes be a bit nit-picky. I'm not feeling that with this figure. This is a really high quality classic Barbara Gordon Batgirl at a very reasonable price. While I don't anticipate getting into this line unless another Batgirl comes out (Kotobukiya's Bishoujo is my default DC Superheroes line), I would recommend this figure to anyone wanting a nice Batgirl statue that's just a little bit stylized. Vinyl Sugar has really released a lot of new product this year and I'm excited to see what continue to produce. They've impressed me with this Great figure and I'll continue to keep and eye on them.


I've reviewed a ton of Batgirl stuff, including: