Minifigure Review: Buzz-Off from Masters of the Universe Eternia Minis by Mattel 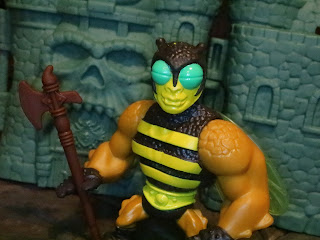 Over the past week or two the Masters of the Universe Eternia Minis have been Walmart store shelves in full force and I've managed to pick up my set already! Back in 2013 Mattel released a SDCC exclusive set of He-Man and Skeletor minifigures that seemed to draw influence from the 2012 phone game He-Man: The Most Powerful Game in the Universe. In 2014 Mattel offered more figures in 2-packs through MattyCollector.com though the figures were a bit smaller than the earlier release. The first series of figures made it out but the second series of figures never happened (other than She-Ra and a Horde Trooper who seemed to slip out of the factory somehow). Now being rebranded as Masters of the Universe Eternia minis and sold in blind packaging, the first series includes eight figures, four of which were unreleased figures from series 2. Today we'll start by checking out Buzz-Off, the Heroic Spy in the Sky. Let's get buzzing after the break... 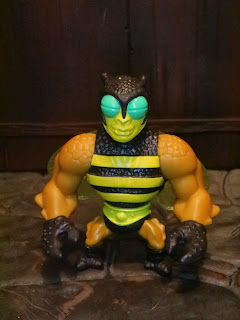 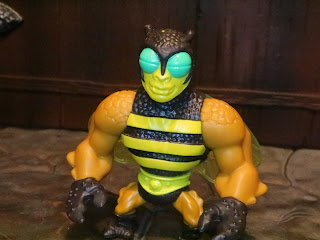 * I've always liked the styles of these figures. The detail is pretty sharp on them despite their small size and they have a beefy, chunky style that is both comical yet fitting for Masters of the Universe. Buzz-Off looks fantastic! That paintwork on his yellow and brown stripes is extremely clean and he's covered in detail showing off the armored texture of his Adreenid exoskeleton. He's also rocking the claw hands, just like the vintage toy. 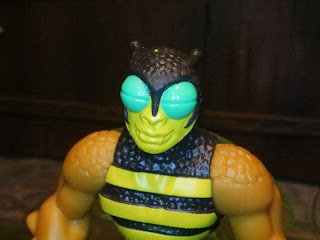 * Buzz-Off's ball jointed head looks just like him. His eyes are so bizarre but they look fantastic, as do his little vampire-like teeth. Do bees have teeth? Maybe not but Adreenids sure do. 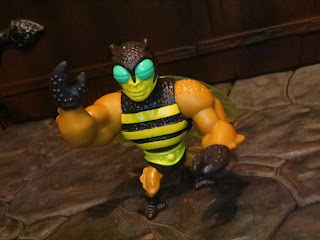 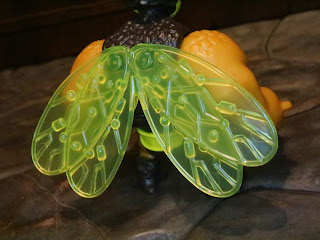 * Check out Buzz-Off's wings! They're translucent and awesome! I love the little details on them. While I assume they're organic they have a very technological look to them. 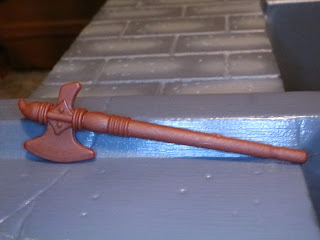 * Buzz-Off comes toting a cool battle ax that is a little bit of an upgrade from the vintage toy. It's molded all in light brown with a few details on the head and Buzz-Off can hold it securely in either of his hands. 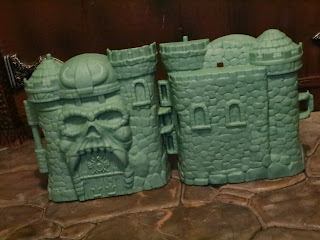 * The Eternia Minis come blind packaged but it's actually not a bad thing at all. First, there is actually a very prominent code on the bottom of the package identifying the figure inside (Buzz-Off is "G"), so you don't have to truly buy these without knowing what you're getting. Second, the packaging is a very cool plastic Castle Grayskull. It actually separates in half and you can connect them with other Grayskulls to make a long chain of castle faces. It's a cool sculpt and some of the best blind packaging I've ever seen. 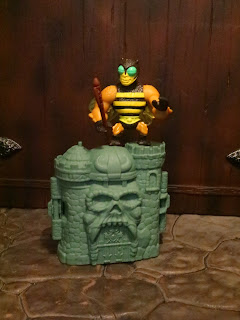 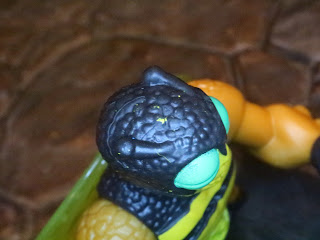 * Buzz-Off has some messy flacks on yellow paint on the top of his head. What's that about? Bee dandruff, maybe. 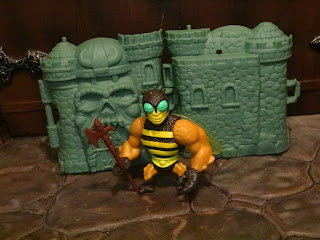 I know I'm just starting the reviews of this series (and, crazy as it may sound, the second series of these figures has already been popping up at stores) but I'm kind of thinking Buzz-Off might be the figure to beat. He's an Epic minifigure. Buzz-Off's design translated quite well to this style of figure and his color scheme and translucent yellow wings really make him stand out in the collection. Buzz-Off is usually a safe bet for inclusion in a MOTU line (though The Loyal Subjects never got around to him) and it's nice to see him as part of the first line-up of these Eternian Minis.

If you're looking for more Buzz-Off items, check out the following: The M.U.S.C.L.E. green Buzz-Off and series 1 Buzz-Off, the Funko POP! Buzz-Off, Super7's neo-vintage Buzz-Off, and the 200x styled Buzz-Off head from the Heads of Eternia pack.