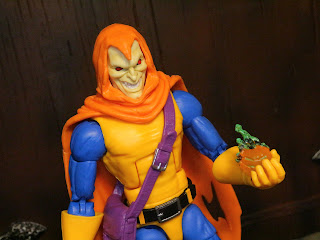 It's been a few months since I reviewed any Marvel Legends figures though I did find quite a few before Christmas and even got the Wolverine 5-pack for Christmas. A week or two ago I was in a Walmart one evening and my daughter and I found a case of the new Marvel Legends Spider-Man retro Collection figures sitting out. I picked up the Ben Reilly Spider-Man for a friend and grabbed a few of the other figures for myself. Let's start by taking a look at Hobgoblin, a character who has had at least eight different identities. Listen, I'm not that big of a Spider-Man fan so I can't tell you who this is specifically under the mask, but I do like his classic villains and Hobgoblin is one I just wanted to have on the shelf. The Retro Collection version seems to be based on the 1990s Spider-Man animated series which is the Spider-Man I grew up with and knew best until the films. He's a bright, colorful Marvel villain and definitely caught my attention. Let's take a look at Hobgoblin after the break... 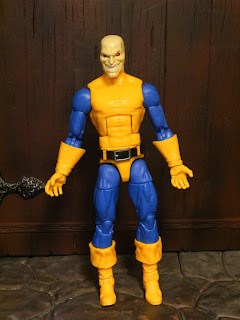 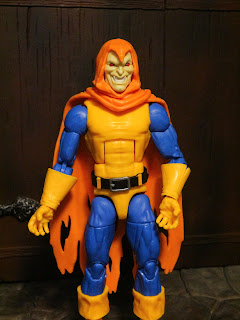 The Positives:
* I really like Hobgoblin's look. He's got a spooky, creepy vibe going on with a creepy face, a hood, and a tattered old cape, but he's also wearing bright orange and blue. It's just the kind of thing that stands out so well in comic book form. This guy loves using Halloween themed accessories, doesn't he? The body is a pretty basic older body with minimal detail but he does have a separate (not non-removable) belt, oversized gloves, and the "pirate" boots that were so popular on so many 1980s designs. 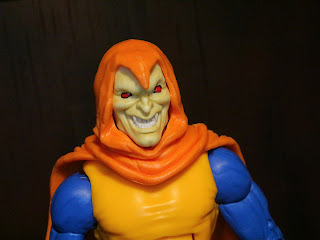 * Hobgoblin has a creepy face with sharp teeth, red eyes, and a maniacal sneer. He looks really creepy, especially because of his sculpted hood. 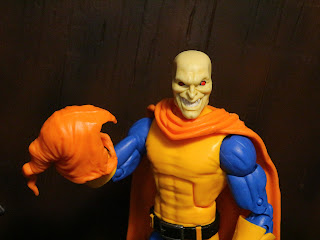 * The hood is a separate and removable piece so if you want him to run around without it you can do that. It's a great sculpt with a cool... I don't know what you'd call the back of the hood. A tail, maybe? Without the hood he kind of makes me think of Madcap. 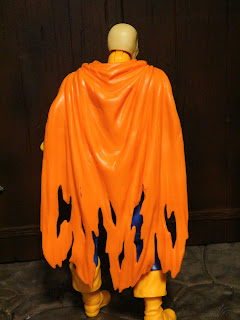 * The cape is also a removable piece and it's really nice. It's quite pliable as it's made from a rubbery plastic, and the tattering on the bottom is really nicely done. The color of the hood and cape match perfectly, giving the illusion that they're one solid piece. 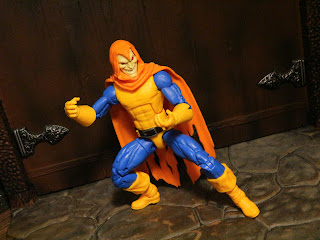 * Hobgoblin has an older style of build to him but all of his articulation is still accounted for and still works well. He's durable, well articulated, and just a lot of fun to mess around with. This is the kind of figure that looks good in so many different crazy poses! His villainy is just readily apparent and he always looks like he's striking a fantastically dramatic pose! 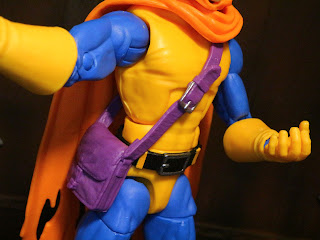 * Like the Green Goblin, the Hobgoblin carries around a satchel for storing his nasty tricks and weapons in. His is purple with a silver buckle. 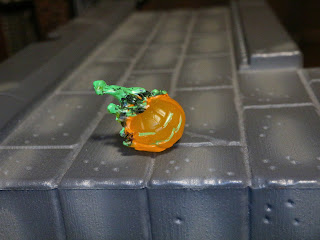 * He also carries pumpkin bombs. Hobgoblin's bomb is translucent with quite a few paint applications such as the face on the pumpkin bomb. 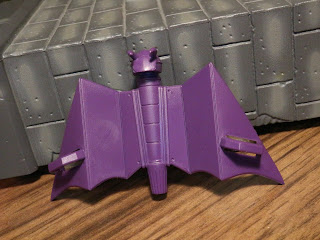 * Lastly, Hobgoblin is packed with his glider. It's a pretty large piece that's nicely sculpted and looks like the glider he is seen with on the cartoon. It's a nice sculpt with a spooky face on the front complete with painted eyes. 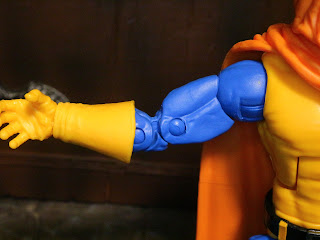 * Hobgoblin does unfortunately have the rubbery elbows of some of the figures from a couple years back. They're not as bad as they used to be but they're still weird and I'm just not a fan of them. 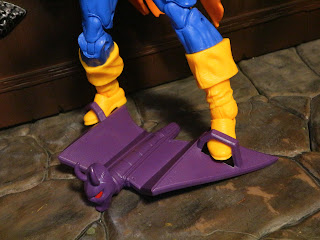 * I have the Retro Collection Green Goblin and his glider is really great and keeps the figure standing. Hobgoblin's glider doesn't work all that well, however, as the feet just don't fit into the straps that well. It's kind of a bummer and definitely limits your posing options here. 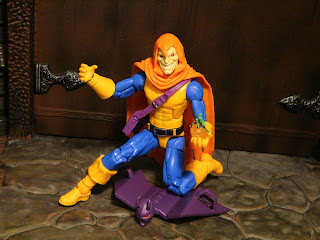 I really like the colors of this figure and overall he's pretty cool but the little negatives like the inability to use the glider and the rubber elbows do bring things down a bit. With the new higher MSRP (which is going to jump again before too long) and the lack of BAF parts in this series, the Retro Collection releases feel like they could use a few more accessories to spice things up, especially considering there's so much reuse here. Hobgoblin is a Good and a 1/2 figure and there's a lot to like but definitely some weaknesses as well. Still, this is a great classic version of the character and fans of Spider-Man and his foes should definitely give him a look.

This is the first figure of Hobgoblin I've reviewed.