Statue Review: Hordak's Minion from Masters of the Universe Legends by Tweeterhead 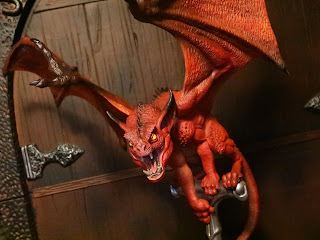 I really liked Tweeterhead's Hordak 1/5th scale statue that came out last year and I'm pretty excited to now have this cool little sculpture of Hordak's Minion to go with it. A few months after Hordak went up for sale Tweeterhead also solicited a preorder for the little red bat/ demon creature that has often appeared in artwork and which was included with the Masters of the Universe Classics Hordak figure. This isn't Imp, just in care you're wondering. Imp is blue. This guy is red and seems to be a living version of the shield-like accessory the vintage Hordak came with. It's kind of neat to get a little companion piece for a statue and I was excited to order it. He was sold exclusively through Tweeterhead. Mine arrived in early January and it's finally time to take a look at Hordak's Minion. Join me after the break... 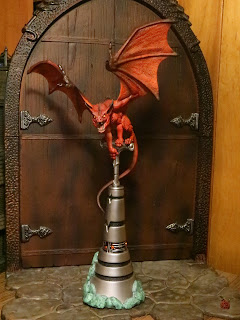 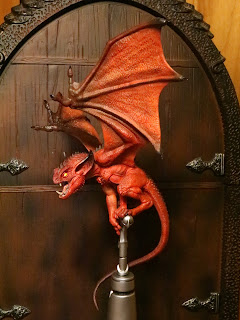 The Positives:
* Hordak's Minion is a really cool creature. He's got elements of a bat, a dragon, and a gargoyle, making him kind of seem like a Pokemon straight out of Despondos. He's 13 1/2 inches tall up to his wings but only about 9  inches or so from the ground to the top of his head (with most of that being his tall perch). The red and black color scheme meshes perfectly with Hordak. While the minion is just chilling out on the perch, he doesn't look "static." There's a sense of movement in the sculpt that's conveyed through the posing and positioning of his body. 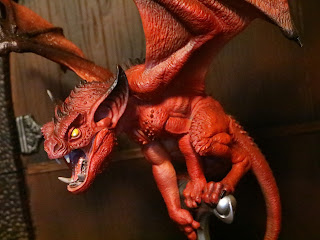 * There's a really nice texture on this guy and if you look closely you can see all of his musculature and anatomy, too. While Hordak's Minion isn't a huge statue there's still plenty of detail here. 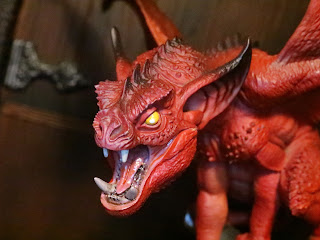 * The face is terrifying! He does have the weird, short little snout (like Imp) but everything else is long and exaggerated. The mouth is excellent, especially those teeth. 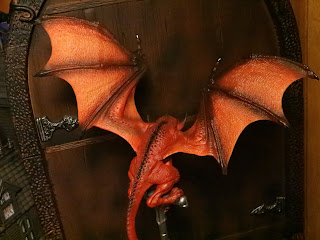 * The wings remind me of both a bat and a dragon. They definitely seem more dragon like, probably, due to the shape and the .... nails, I guess? Whatever you call the points that poke out away from the wings. They're painted nicely with a nice assortment of color that definitely helps to convey the more elastic nature of the flesh there. 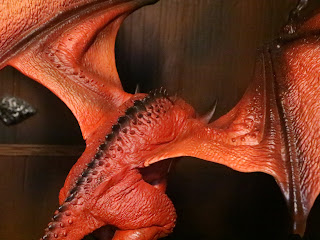 * The minion's back has a pronounced spine like ridge and lots of other little spikes scattered about. Only Hordak would want a pet like this. You know he just loves weird stuff like this. Skeletor might be the Evil Lord of Destruction but at least he has a big, soft, furry purple kitty. 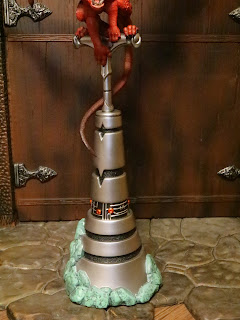 * The base meshes nicely with Hordak's base. There's no way to attach this piece to Hordak's base but it does go along with it thematically, sharing the same look of the mechanical, Fright Zone inspired metallic and mechanical structure jutting up out of stone. 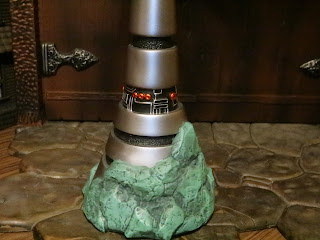 * The little technical details on the base are well done and have the feel of something you'd see in the background of the Filmation She-Ra series. 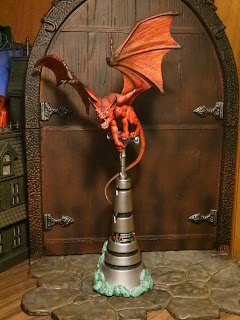 Hordak's Minion turned out to be a pretty cool piece. He's certainly not an essential statue for the collection but he does make the excellent Hordak statue just a little bit cooler. He's not overly large or anything but he also only cost about a third of a standard statue and I can't imagine there was as much for this guy as there would be for a named character. It's fun to see something different in Masters of the Universe sometimes and this definitely fits the bill. I wonder why Tweeterhead didn't just go ahead and make Imp. Perhaps a Filmation rights issue or something weird? He showed up in Mondo's Power-Con exclusive Hordak, afterall. Still, I do like this guy, and he's a very well done piece. He's a Great statue and a fun way to add just a little bit more flair to your MOTU statues. Now... bring on Teela. She's the next scheduled statue from Tweeterhead's Masters of the Universe Legends line, right?
If you dig Hordak's Minion take note that the creature also was included with the Masters of the Universe Classics Hordak figure.
For more Masters of the Universe Legends from Tweeterhead check out the following:
Hordak (Tweeterhead Exclusive)
Posted by Barbecue17 at 2/05/2022