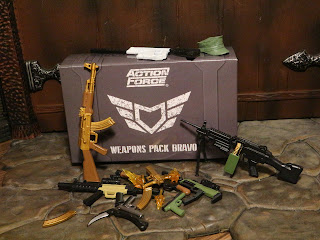 Last year I reviewed the Action Force Prototype Armaments set which really got me excited for this line, especially the versatile accessory packs planned for it. When I ordered from Valaverse's early January sale I was able to get a Weapons Pack Bravo set and it seems like the right time to review it. This set is $13 dollars and comes with 10 weapons plus some extra magazines, a marine cover, and some firing effects. That's not too bad, especially considering the price hike we see with most action figure lines when a deluxe figure jumps up $10 dollars or so due to the presence of an extra accessory or two. There's enough goodies here to nicely equip a good five or six figures, whether they're from Action Force, Marvel Legends, G.I. Joe: The Classified Series, or some other 1/12th scale line. Let's take a look at Weapons Pack Bravo after the break... 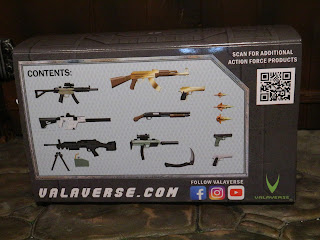 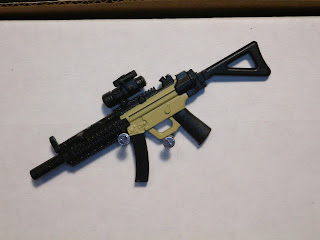 The Positives:
* First up is a modified H&K MP5 with a side folding butt stock, a scope, and a suppressor. This is a fantastic tactical weapon and the tan body looks great mixed with the black accessories. Most of the weapons in this series have hollow barrels, so you can use the firing effects on this weapon easily. 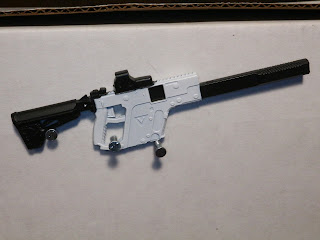 * Next up is a KRISS Vector. These are used by the SWARM troopers in Action Force but this model has a really cool white and black color scheme. It's also heavily modified with an enhanced barrel shroud to prevent you from touching the barrel as it gets hot from firing multiple rounds. 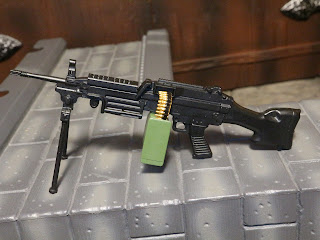 * The largest weapon in this set is the M249 light machine gun with a removable box magazine and a functioning bipod. The bipod is hinged, so it can be positioned for different firing positions. 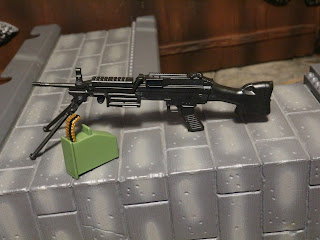 * The box magazine is a pretty standard OD green but the belt of ammunition coming out is nicely painted with brass casings for the rounds. 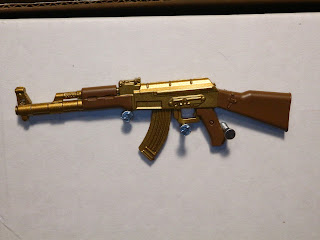 * To trick out Profit Director Destro (or anyone who wants to feel fancy) you've got a modern AK-100 series rifle blinged out with gold. This is a really nice sculpt with great detail and it's fun to see it in a more flamboyant scheme. I don't need all golden weapons or anything but this one is pretty nice. 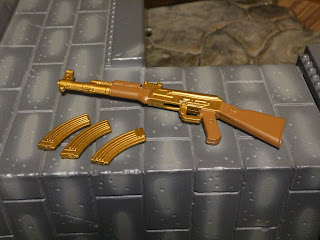 * The magazine is removable from the weapon and can be replaced with any of the three included magazines. I love stuff like this! 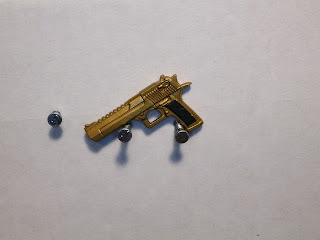 * OK, one more gold weapon for PD Destro! This definitely appears to be a .50 Desert Eagle with an excellent sculpt and lots of detail. Oh, and it's gold plated. Goldmember would love this, wouldn't he? * The modified pump-action shotgun came with Kerak but here it's actually painted which brings out the detail. I might just have to give it to him. 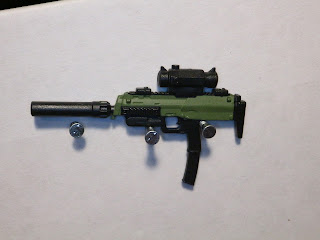 * I love this green and black H&K MP7 with an extended magazine, suppressor, and a scope on top. This is a great looking weapon for a variety of figures though it'd be cool to have a removable suppressor. The SWARM trooper comes with a black and yellow version of this piece but this one is more fitting for your more traditional military figures. 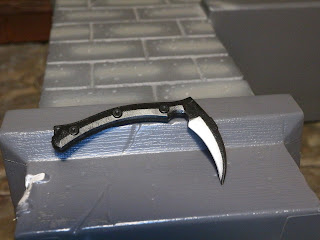 * For melee encounters you've got a really modern looking sickle or kama. It's pretty cool and the blade has a silver highlight. 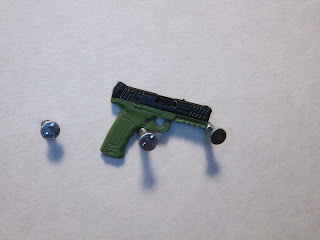 * This H&K USP with a green body is another very standard weapon that seems like it would fit any of your Action Force or G.I. Joe Classified Series figures. I love the detail in the sculpt. 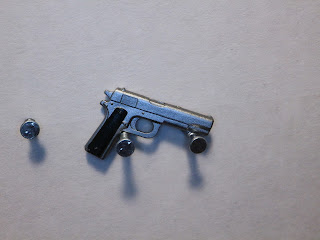 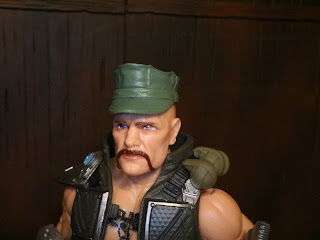 * Also included in the set is a Marine cover. This seems intended to replace the ill-fitting cover on the Gung Ho figure. It's nice and rubbery and kind of "grips" on the head of the figure, too. It's an improvement. 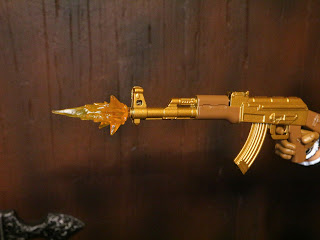 * The set includes three firing effects in three different styles. The first one is a larger effect that can fit in the barrel of any weapon in the set except for the M249. It slides in and looks really cool. These work with most G.I. Joe Classified Series weapons and Marvel Legends weapons with hollow barrels, too. 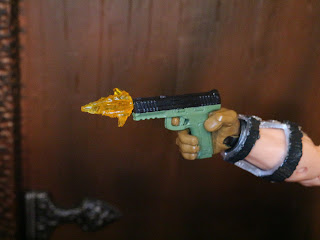 * The second firing effect is a bit smaller and is intended for pistols and such but it'll fit in any of the weapons with hollow barrels as well. 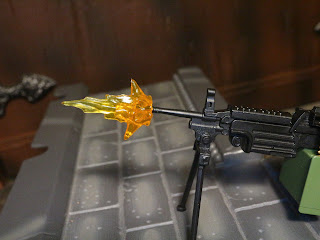 * The final firing effect is different in that it actually attaches over the barrel of the M249. If you want more of these firing effects Valaverse actually sells the pack of three of these for $3 bucks a pack. 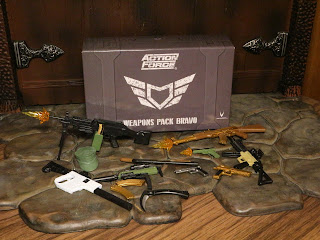 This is an Epic set. Seriously, getting this many solidly sculpted and nicely painted accessories for $13 bucks is excellent. I mentioned it above but we're seeing many companies offer up "deluxe" releases of figures that include two or three extra accessories. Here's a ton of extra accessories for a really good price. I'm loving that Valaverse is focusing as much on accessory packs as they are on the core figures in this line and this one is a great pickup if you like to mix and match the goodies included with your figures.
For more Action Force gear I've also checked out the Prototype Armaments set and the Urban Gear Set.
For more Action Force reviews check out the following:
The Bone Collector
Kerak
Prototype Armaments
Sgt. Slaughter
Steel Brigade
Urban Combat Republic Guard
Urban Gear Set