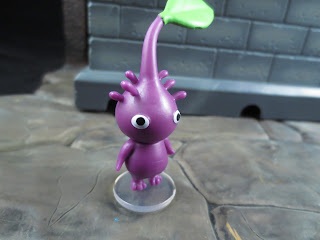 Today I'm looking at another 2.5 inch figure from Jakks Pacific's World of Nintendo line that should be nicely compatible with their 4 inch line: The Purple Pikmin! Well, maybe the Pikmin is compatible. Technically Pikmin are only supposed to be around a centimeter tall, so maybe this minifigure is actually too large? Regardless, I think the Pikmin still looks nice next to the larger figures in the line. First appearing in Pikmin 2 for the GameCube, the Purple Pikmin are much heavier and stronger than the other creatures. Tossing them at an enemy even caused more damage to the bad guys! I picked this guy up at Target a couple of weeks ago and I'm pretty happy with him as a fun little miniature. Ready for a closer look? Then join me after the break... 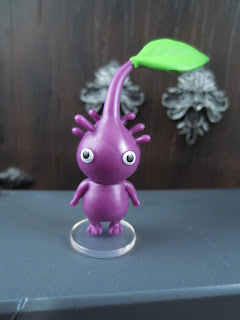 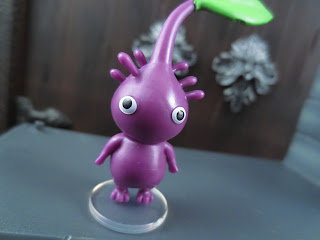 * I really like the deep purple color on this Pikmin. The purple Pikmin look quite different from the other creatures as they are a but bulkier and have distinctive little head antennas, but they're rather cool. 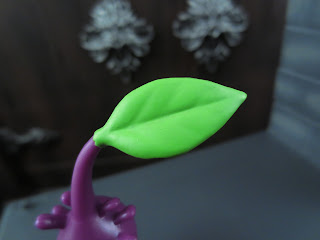 * The leaf growing from the Pikmin's head (they're half plant/ half animal) is just a really nice touch. Visually, it adds a little extra flair to the sculpt and coloring of this small little guy. 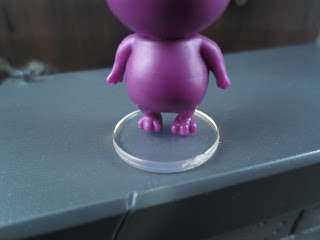 * Since the Pikmin has such tiny little feet, it also comes with a simple clear plastic stand to help it stand upright. This was a good thought on Jakk's part as it'd be frustrating trying to keep this little guy upright without it. 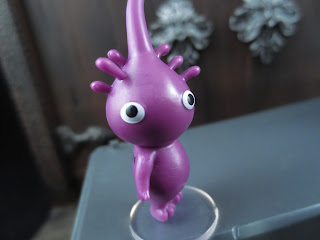 * I really thought these guys were little non-articulated minifigures so I was actually pretty pleased when I learned that the Pikmin's head could swivel. It's not a major thing but it does add a bit to displaying this little fellow on the shelf. 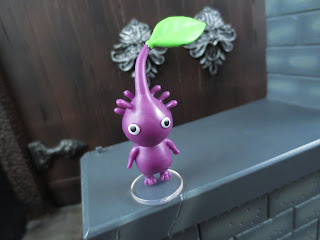 I don't have any negatives with this figure other than the fact that it is really tiny. If you find this guy for over $4, you're definitely going to feel like you're not getting your money's worth. The quality isn't poor but it definitely feels more like something you'd get from one of those $1 or $2 dollar vending machines than a $5 toy. Still, it's a nice representation of a Purple Pikmin and looks great next to other World of Nintendo figures. He's actually about four times the size of a real Pikmin (at least the measurements give in game) so that's kind of interesting. This guy gets an Eh and a 1/2 from me: Unless you're really all about collecting some Pikmin or completing a Nintendo display, the price just makes this an unnecessary purchase.


I haven't reviewed any other Pikmin toys! I have reviewed plenty of the 4 inch World of Nintendo figures, though, including: