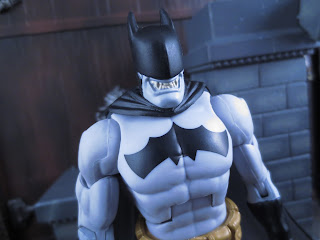 As part of a recent trade I completed on The Fwoosh I ended up with figures from Mattel's DC Universe Signature Collection which ran as a subscription based line from January 2012-December 2013 available on Matty Collector. Picking up where Mattel's DC Universe Classics and it's other various spin-off lines left off, the line tried to fill in some gaps and add in some obscure fan favorites. The last figure released in the line and the subject of today's review is Batzarro, and I think it's a bit of an understatement to say that he didn't go over well with most collectors. By the way some collectors go on about this figure you would think that ol' Batzarro had poisoned their dog or something. Really, it was just the issue of character choice: Considering that there were plenty of significant characters left undone in the line, Batzarro just felt like an odd choice to end the line on. Of course, it's now almost two years later and I just picked this guy up through a trade, so my expectations are a little different. Ready for a closer look at Batzarro? Then join me after the break... 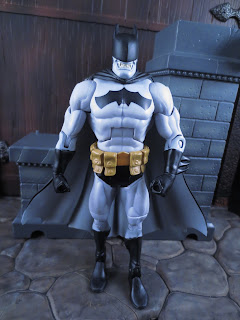 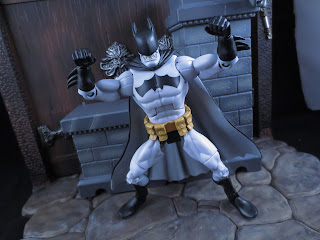 * I know some people have had problems with quality control on Mattel's DC figures but I can say that with owning well over 100 figures (probably closer to 200) which use this body, I can only think of one figure that I had breakage issues with. Mattel usually does a pretty good job of making sturdy figures and Batzarro moves like pretty much every other male DCUC figure in existence.

* Matell's version of Batzarro seems to really be influenced by Ed McGuinness' work on Batman/ Superman, which featured the character's first appearance post-Crisis. Bizarro (AKA Wayne Bruce, the World's Worst Detective) is the a corruption of Batman in many ways and his outfit looks the part. Not only does he have an upside-down bat symbol on his chest, but he keeps his eyes completely covered. He's also bluish with a big chin and some nasty looking teeth. While he's essentially a Batman head swap, he does have a pretty nice new head sculpt and some clean paintwork all over. 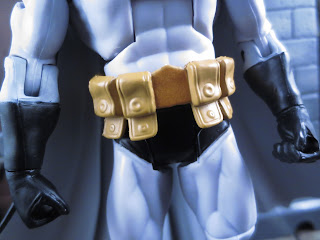 * Another part of Batzarro that is a completely new sculpt is his utility belt. Err, I mean his "futility belt." To show that he's Batman's opposite in another funny way, Batzarro is running around with an upside down utility belt. With the pockets hanging open. Yup, he's probably lost everything of value here. The sculpt is a bit soft but it's definitely clear enough to show what's going on here. I kind of like this simple detail. 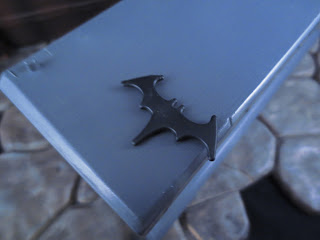 * Batzarro comes with one accessory: A Batarang. It's a simple, somewhat uniquely shaped Batarang, but I've learned that a Batarang is an accessory I will always gladly accept. You'll never run out of uses for them! 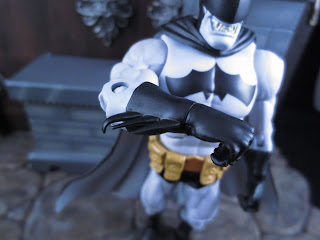 * Two negatives about this guy: First, he's got some bent spikes on his gauntlets. This is a problem that seemingly always plagues Batman figures and old Batzarro here isn't immune from it.

* Secondly, comes with neither chains nor guns, two items he uses pretty frequently in his infrequent comic appearances. The batarang is a decent accessory, but it's not really fitting for Batzarro, is it? 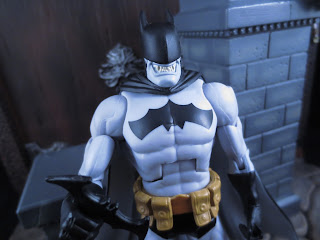 While Batzarro was definitely an odd choice to wind up the DC Universe Signature Collection, he's definitely not a bad figure. He's actually pretty well done. Yeah, he definitely could have used his trademark chains and perhaps a gun or two, but overall I like him. He's got a really cool headsculpt and definitely adds a little something extra twisted to a Batman display. While I hate that we didn't get any characters like Batwoman, Spoiler, Hush, Mad Hatter, Commissioner Gordon, Vixen, Mara, or a jacketed Red Hood, all that hate doesn't deserve to be heaped on Batzarro. There haven't been that many versions of him released so at least we didn't get an overkill character or another one-off Lantern.