Action Figure Review: Stinkor from Masters of the Universe ReAction by Super7 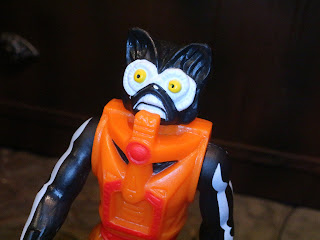 Today I'm checking out Super7's Masters of the Universe ReAction Stinkor, a figure that was delayed for a few months but who has finally made it into our collections! Stinkor was originally intended to ship alongside the Variant Variables series back in April 2019 but ended up shipping with the Leo series back in August.  While he's pretty close to being 100% faithful to the vintage Stinkor, this guys does have two unusual design elements that differentiate him from the original toy: He has a blue Zodac pistol instead of his classic shield and he doesn't have gloves. Is this either a very obscure variant based on a German comic book or did Super7 offer Zodac's pistol in blue as an homage to the MOTUC figure's blue weapon? Who knows? What I can tell you, however, is that Stinkor is completely unscented, which kind of bugs me. A Stinkor that doesn't stink? Now that's disgusting! Anyways, let's check out Stinkor after the break... 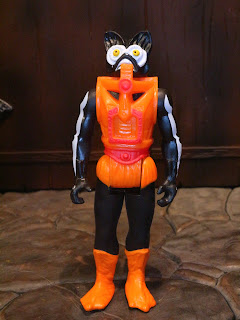 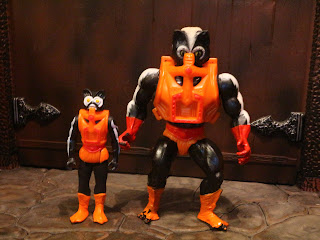 * Overall Stinkor is very faithful to his vintage counterpart as he has the same mixture of parts from previously released figures (including Mekaneck's armor). You can see here that the biggest difference is indeed the absence of red gloves on the ReAction Stinkor (on the left). Why were these left of? 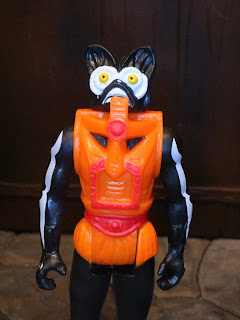 
* Stinkor definitely is very vintage accurate while still adhering to the classic Kenner style of action figure. While he's mostly 100 percent reuse with new paint (just like the vintage toy) his torso is slightly different as it has been retooled a bit. Stinkor doesn't have the extending neck feature that Mekaneck had, after all. I like the red details on the armor and, for the most part, the figure's paint is neat, clean, and everything stands out the way it should. Also, his arms are on correctly! 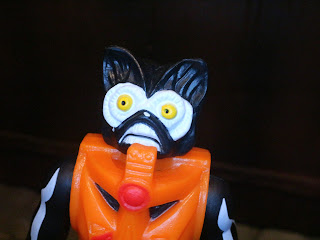 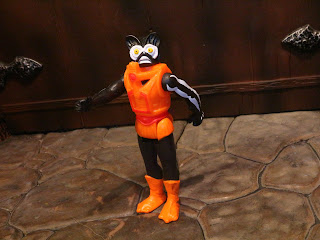 * If you've ever picked up a retro figure like this, you know what to expect: 5 points of articulation and all swivel joints. Stinkor is well made and quite sturdy.  Super7's ReAction figures are definitely of a higher quality than most of the earlier ReAction figures that Funko put out and they've been highly consistent with this series. 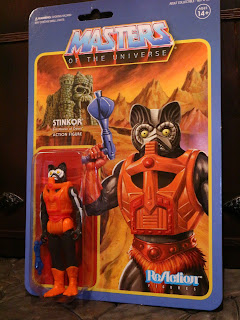 *   The card art on most ReAction figures released by Super7 is beautiful and their Masters of the Universe line is no exception. Stinkor features an awesome illustration of the character based on the character, though it's interesting that he features red gloves. This makes me believe that the red gloves being missing on the figure is an accident. To preserve the card I actually made a slit in the top of the blister so I can slide the figure in and out. It work great and allows the figure to be displayed inside and outside of the card. I've got mine hanging on a metal pegboard similar to what you'd see in a retail store! 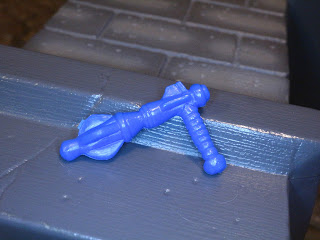 * Stinkor comes with a blue version of Zodak's pistol. This seems like an odd choice but it's possible that it comes from this 1988 German comic book. It's unique but...

* C'mon. where's Stinkor's shield? Considering how small the pistol is, his blue shield from the vintage weapons rack should have been included, too. 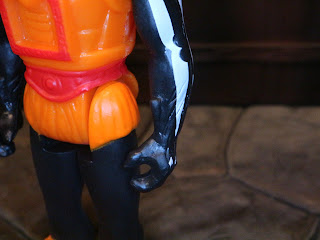 * The absence of the red gloves on Stinkor absolutely seems like an accident as I'm not finding Stinkor without gloves as being any kind of known variant (if you know of one, let me know). Super7's own packaging art shows gloves, too, so I think this was just an error. 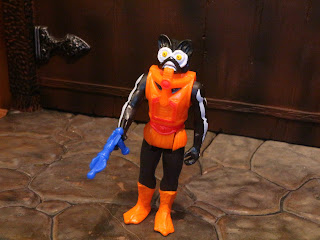 Stinkor isn't completely ruined by his lack of gloves, but it definitely does hurt a little bit. Super7 has been petty faithful to the vintage designs in this line, and that's kind of the point here: Translating the vintage toy design into the Kenner style. If Stinkor had included his traditional blue shield and had gloves (and if he smelled), he'd definitely be a top of the line figure. He's still Good, but he's not as cool as he could be. It's always possible we'll get another version down the road, but such minor differences (and not a fully unique color scheme) would definitely be a bit frustrating, right?

If you're a fan of Stinkor, the Evil Master of Odors, check out my review of the green Stinkor M.U.S.C.L.E. minifigure from the Series 2 pack, the Action Vinyls Stinkor, and the Funko POP! Stinkor #657.