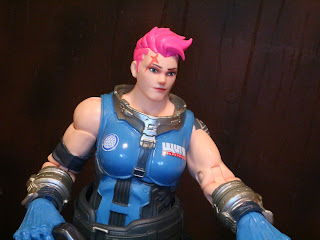 One of my favorite toylines of 2019 is without a doubt Hasbro's Overwatch Ultimates and I'm getting ready to review a whole mess of new figures. Zarya is the third new single packed figure from series 2, alongside of Junkrat and McCree, and she's been showing up in stores and on-line for at least a month or so now. I've heard a few folks comment that the Overwatch Ultimates line kind of reminds them of what a modern day G.I. Joe line like might be like, and I can agree with that. It's fun, with unique characters, cool weapons, and a lot of style. It's kind of like a smaller version of G.I. Joe: Sigma 6, isn't it? Zarya is a heroic Russian soldier who kind of reminds me of Zarana from G.I. Joe. Maybe it's because there names are similar (Zarya's name apparently means "dawn" in Russian), they have short, funky pink hair cuts, and they both wield some really cool weaponry. Zarya, however, is definitely a hero, not a villain, though. She's a very cool figure, so let's check her out after the break... 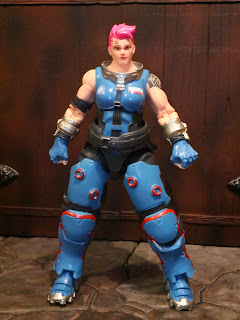 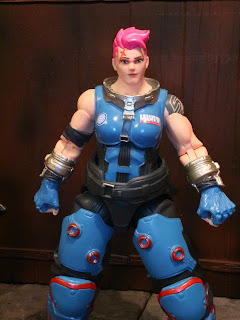 
* Zarya is an incredible looking figure. Blizzard does excellent character designs and Hasbro has done an excellent job of faithfully rendering them in action figure form. Zarya's a world class athlete and weightlifter, so she is suitably bulky and muscular. With her armored gear, she actually looks like she belongs in the Gears of War series. The paintwork is excellent and everything on Zarya's standard blue and charcoal colored suit is neat and clean. 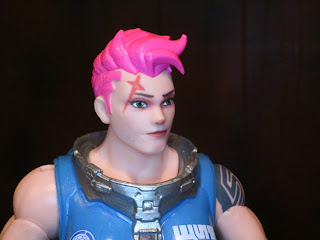 * Zarya has a gorgeous headsculpt. Seriously, it's one of the best in the Overwatch line thus far. I love how clean the paint is on her facial features (it looks like Hasbro is making good use of the face printing technology here, too) and the excellent work on her hair, too. The scar on her forehead is also pretty cool and adds a lot of character. Each of these figures seems to tell a story thanks to the little details on them, like the 512 tattoo on her shoulder. That's a weight lifting record for her, actually. 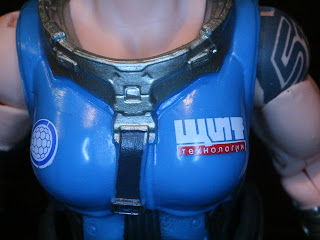 * I'm not sure what the logos on Zarya's armor are (maybe they're affiliated with Volskaya Industries?) but they look great. The printing on them is neat and clean and they add a little more detail to Zarya's already very cool armor. 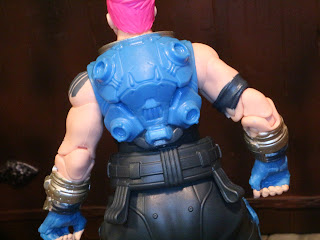 * I'm not sure what is on Zarya's back, but it looks pretty tough. Maybe it's some kind of power cell that helps to power her armor or something? She also has a mid-back brace of sorts that is loose around her waist. It's a separate piece, but not removable. It definitely seems like something she'd need to carry the heavy particle cannon she totes around, though. 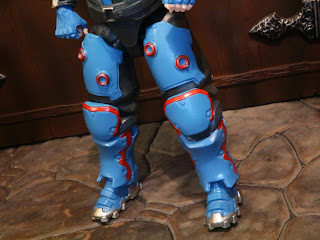 * Zarya's a tank character, so she's gotta be well armored. Her legs are definitely armored as she has multiple plates of armor and some seriously boss boots. You don't want her to kick you in the face! 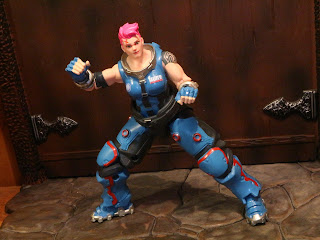 * Zarya has some really good articulation, like the rest of the Overwatch Ultimates figures. They're all unique sculpts, however, and each one is built a little bit differently. Zarya's leg and torso joints are seriously tight, but that's what allows her to keep her massive particle cannon held upright for battle. It works really well and she looks awesome in a multitude of poses. 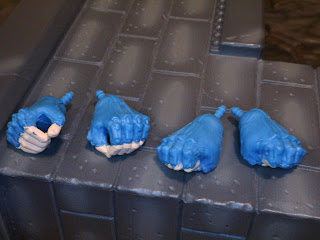 * Also like most other Overwatch Ultimates figures, Zarya comes with two sets of hands. A pair of fists and a pair of grips for holding the particle cannon. 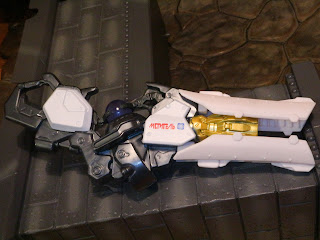 * Zarya's primary weapon is her particle cannon and it is huge. Huge! It's about 5 1/4ths inches long and has multiple parts to it. They're not removable but they definitely make it seem more impressive. A logo across the side, barrel guards, and a translucent blue orb (maybe a energy source) all make this seem like a very, very impressive weapon. 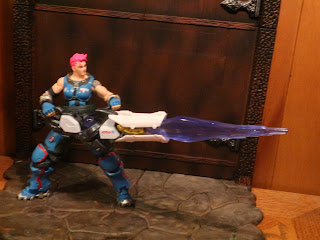 * To help sell the effect of her particle cannon, Zarya includes an energy beam that is also massive! It's also 5 1/4ths inches long, and molded in translucent bluish-purple plastic. It looks great and really makes displaying Zarya seem like a much more dramatic experience. 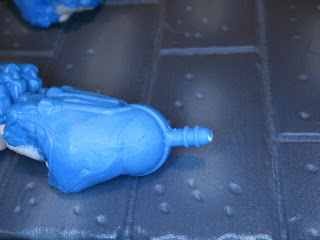 * Zarya's wrist pegs can be difficult to swap out. Be careful, use firm, even pressure, and don't be afraid to use a little heat to soften her arms up before swapping them. 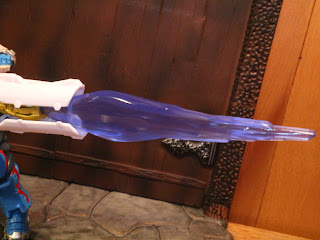 * Zarya's particle beam effect is very cool but it is quite heavy, meaning that it tends to sag. A translucent stand for the end of this would have been a great idea! 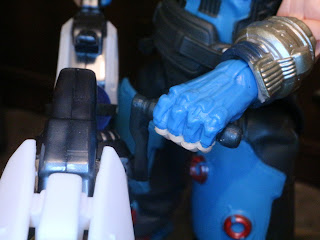 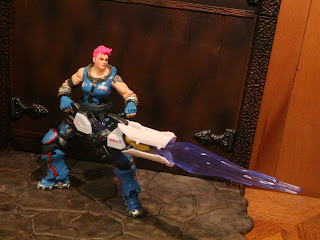 I'm loving the Overwatch Ultimates line and Zarya is another solid figure. She really is fun and displays incredibly well. She's a Great and a 1/2 figure and definitely one to look out for at the end of the year: Overwatch Ultimates will for sure make my best lines of the year list and Zarya could easily rank as one of the 10 best in the line. She's just a fantastic character design and Hasbro executed things so well here. There's also another Zarya out right now in her Midnight outfit. She's part of the GameStop 4-pack, which I hope to review sometime in the next week or two. It's a cool set, too.