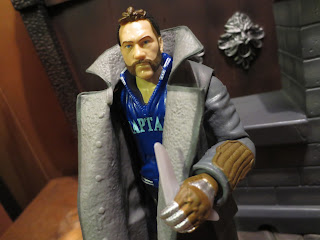 The second wave of Suicide Squad figures has been slowly making their way out to retail stores and so far I've managed to score a Boomerang and a Joker from Amazon. Tomorrow I'll be looking at the Joker but today I'm checking out the Australian Rogue himself, George "Digger" Harkness, AKA Captain Boomerang. Or just Boomerang, as he's referred to here on the packaging. Let me say that I thought Captain Boomerang was one of the best parts of Suicide Squad (again, I really liked the movie) and I think Jai Courtney did a pretty excellent job with the role. I've never really thought Jai Courtney had much charisma in the films I've seen him in but here he shines. Courtney brought a good bit of levity to the role that makes the inherit silliness of the character's concept make sense in the world of the DC film universe. I just wish this figure came with a pink unicorn (sadly, it doesn't). Let's take a closer look at Captain Boomerang after the break... 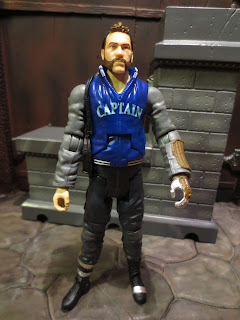 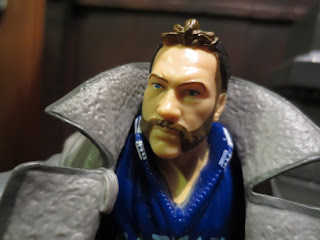 * This is really a very nice headsculpt. It manages to capture the look of Jai Courtney as well as the look and feel of the character. If you're collecting the entire Suicide Squad, Captain Boomerang should fit right in. If you want to mix him in with your various other Mattel DCUC styled figures, you should also be able to do so with little trouble. It's tough to tell from the picture but Digger is sculpted wearing his cap. * Underneath his massive coat (I'll talk about that in a minute) Captain Boomerang has a holster for...ready for it? A boomerang! It's really cool and it legitimately holds a boomerang, even underneath his coat. I love this feature! 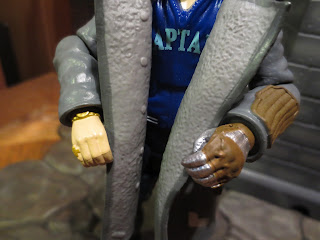 * One of the things I will definitely give Mattel praise for regarding the DC Comics Multiverse line is that the vast majority of figures utilize original sculpts. Captain Boomerang is no exception and thus he has lots of smaller details that are rather interesting such as the watch and ring on his right hand and the leather glove and forearm pad on his left. 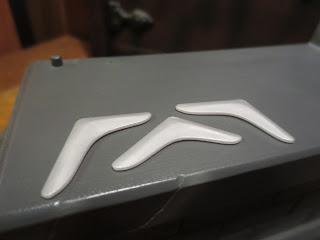 * Digger comes with three boomerangs to cause mayhem with. They're simple pieces molded in a light metallic grey plastic, but guess what? They look like boomerangs. There's not that much to them but they're a great accessory. If you put one in Captain Boomerang's left hand, one in his right, and one in his holster, he can then hold all of his accessories! I love when that happens! 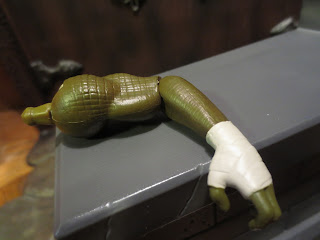 * I'm always game for a Collect & Connect figure and it looks like Killer Croc is going to be the fourth build-a-figure/ accessory I'm building this year. I'm currently only missing the pieces from Katana so, as soon as I get her, you know I'll be reviewing Croc. 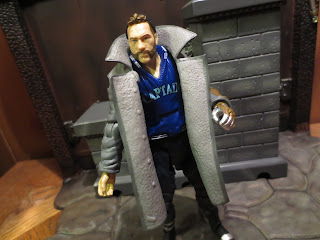 * Does Captain Boomerangs coat look too large to you? Not style wise but in a way that it seems it just wasn't designed that well by Mattel. I think it's the lapel and the front flaps: They're just too darn big compared to the coat from the film and, being that this coat is made from stiff rubber, there is no way to bend or fold them down. 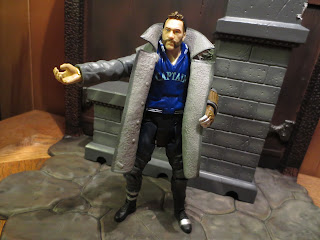 * When they first came out Mattel's DC Superheroes and DC Universe Classics lines had some pretty good articulation. Not as good as Toy Biz's Marvel Legends, but those figures often suffered from articulation overload. Now, Nearly a decade later, Mattel seems to have gone stagnant (and even backwards) with their articulation on the DC lines. No double jointed knees or elbows, no wrist hinged, and, on Boomerang, only a swivel neck. Oh, and no waist swivel, either. Bummer. 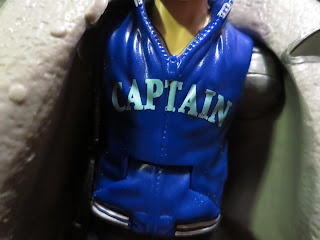 * Considering the excellent work Mattel does on their WWE lines with respect to printing clothing details, I really wish the "Captain" on the front of Digger's jacket was a bit better. It's underwhelming rather than being bold and overstated, as it should be. The white stripes on the collar are also not at all well done. They look like afterthoughts. 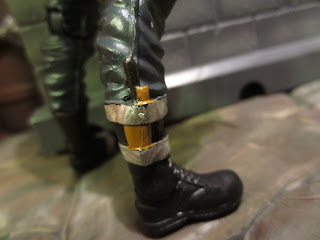 * I've started to realize that one of my biggest pet peeves on an action figure is sculpting a holstered or sheathed weapon rather than making it an actual removable accessory. On a 6 inch figure it's inexcusable. I love that Mattel captured this cool little knife that Captain Boomerang totes on his ankle but why not make it an actual little accessory that could slide in and out? That would have been way cooler. 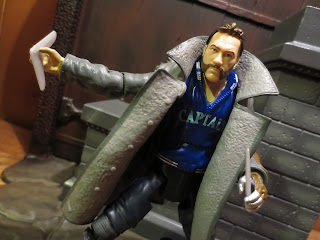 There really is quite a bit I like about this action figure but, the more I look at it, there are also lots of little problems as well. I love the headsculpt, the boomerangs, and the holster, but the oversized coat and limited articulation are absolutely disappointing. Captain Boomerang  get a Good rating from me. If you're intent on building the Suicide Squad or are a Captain Boomerang super fan who buys every figure of the character you'll probably be OK with this. If you're on the outside and just looking for a cool figure or another DC villain for your shelf, look around a bit more. This guy ends up being a bit underwhelming in hand.

I haven't reviewed any other figures of Captain Boomerang (this is actually the first one I've ever owned) but I have reviewed plenty of other DC Comics Multiverse figures, including: