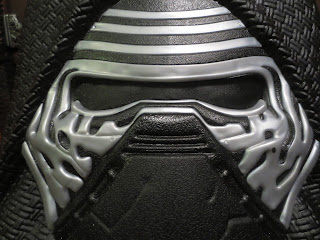 I'm a huge fan of Star Wars Micro Machines and they were definitely the Episode 7 toys I was initially most looking forward to on Force Friday 2015. Something happened, though: The vehicles were nice but the figures were nearly non-existent and the playsets were weak. I honestly waited until most of them went on clearance to pick them up as they didn't seem to be going anywhere and it made good financial sense. I did the same thing with this relatively new Kylo Ren Playcase. It's a carrying case with a couple of play features that reminds me of some of the carrying cases of the past. I've been reading through the new book Action Figure Carrying Cases by Philip Reed of Battlegrip and I was finally inspired to pick up this case up after being reminded of the prominence of carrying cases in action figure history. I'll just admit right now that I like the concept of this case better than it's design and function, but we'll get into that after the break... 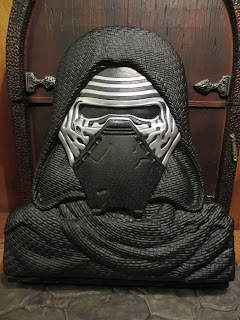 Non-Scalper Price: $20 (but you can find it much cheaper- shop around; I did) 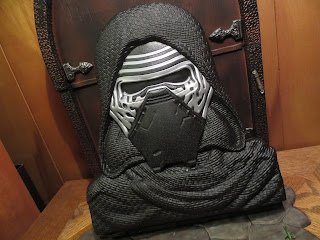 * By far my favorite aspect of this set is the Kyo Ren visage on the exterior of the carrying case. It reminds me of a couple of the Star Wars: The Power of the Force II carrying cases I owned as a kid, which had their roots in the vintage Kenner Star Wars cases. The sculpt is definitely a bit sculpt but there is some great texture on it. I really like it as it's just a great toy-like image of one of my favorite new characters. 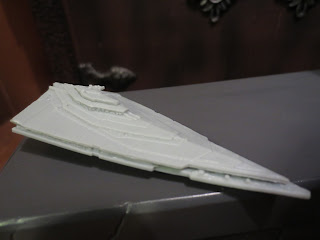 * This set comes with two Micro Machines, the first of which is the First Order Star Destroyer. It's a nice vehicle with a good sculpt. The details are pretty strong but it can be tough to see them due to the whitish-gray plastic. There is some paintwork here, though, but it's on the engines in the back. 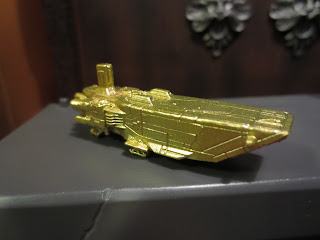 * This playcase is from what is being called the "Gold Series" due to the presence of a gold vehicle in each set. Most of these sets seem to only be popping up in parts of Europe so far (and who knows if they'll ever make their way to other markets) but if you want to get your hands on a gold vehicle quickly, you can pick up this cool First Order Transporter. I'm not usually that sold on stuff like gold or platinum vehicles but the gold paint on this is really appealing. 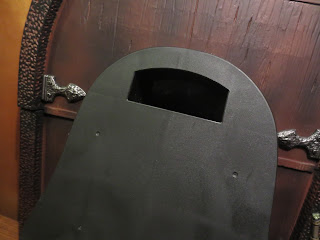 * The back of he case is flat and pretty dull but there is a handle so you can carry the case around with you. I doubt many of you would care to carry this around, but it's something I know my little one would really like to carry something like this. 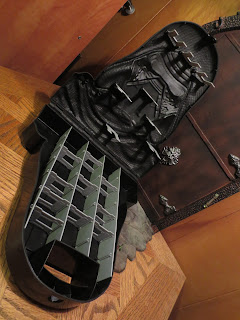 * The carrying case open via a hinge in the middle and folds apart. The Kylo Ren mask portion folds up and stands at a 90 degree angle while the back rests flat on the ground. 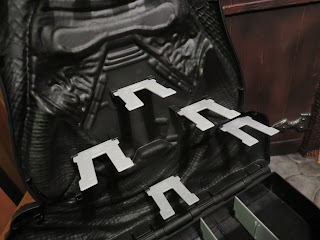 * One of the play features of this carrying case is that there are some "targeting platforms" that can attach to the interior of the case so you can store vehicles on them. They're called targeting platforms on the packaging because the intention is that you shoot the missile from the included launcher at the vehicles sitting on them. This seems like a silly use for these but it is kind of fun to perch various ships on here. 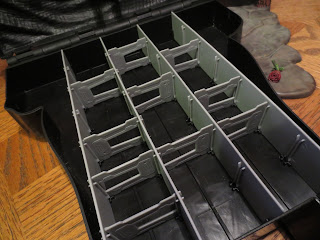 * I like the concept of the carrying case but it just doesn't work that well. The package claims the case holds 40 Micro Machines, but I'm wondering if they're factoring in figures here, too. Overall this just isn't a very good carrying case. Stuff jumbles around too much and doesn't really have good storage space. 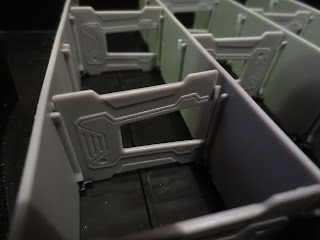 * Take a look and you can see that the dividers are the same as the targeting platforms. They don't fit in to the grooves really well and the fact that they have a slit in them makes tightening these things up even worse. 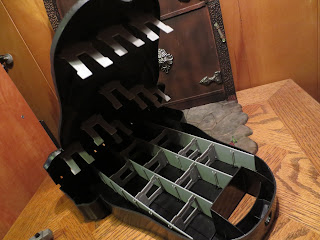 * Another frustrating thing about this set that just feels like poor design is that if you try to close the set with Micro Machines in the trays you actually have to remove all of the targeting platforms first. It's odd to have to remove so many pieces to close a storage case, especially for such a simple feature like the targeting platforms.  These might have been better if they simply folded down. 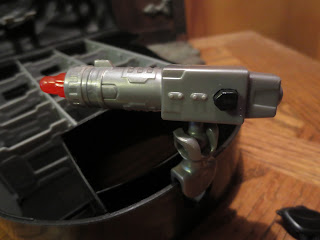 * Here's the missile launcher the set comes with. It can clip on to the end of the case on the bottom and has a balljoint so it can be aimed at the vehicles up on the targeting platforms. It's looks OK and has some decent power but is this really the best accessory for Micro Machines? I would have preferred a few more figures or another vehicle myself. 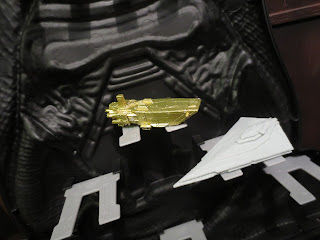 I tend to grab most Micro Machines playsets and such and I love the character shaped carrying case aesthetic but, overall, this is a pretty weak effort on Hasbro's part. It's an interesting concept but it just really doesn't make an interesting play space nor a reliable carrying case. I'm giving it an Eh rating. Unless you're really into Micro Machines and enjoy sporting some oddities in your collection, this one can be pretty easily skipped. The Rogue One Death Star playset looks to be promising, so let's hope Hasbro has better things in store for Micro Machines in the near future. Galoob's efforts created one of my favorite toylines as a kid and I'd love to see their greatness continue.

If you're looking for more Kylo-Ren inspired products, check out my reviews of the standard Kylo Ren
and the K-Mart exclusive Kylo Ren (Starkiller Base) set, as well as the SDCC 2016 Kylo Ren Unmasked. Of course, a miniature Kylo Ren also came with the Micro Machines First Order Star Destroyer playset. If you're looking for more Micro Machines reviews, check out the following: