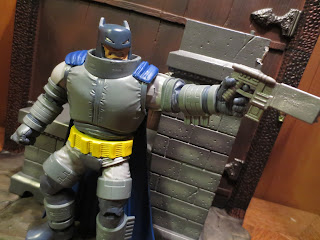 Considering that Mattel just began pumping out new 1/12th scale DC Comics figures at the beginning of January, I think they've really been making up for lost time since the end of the DC Comics Signature Series and the various other flash in the pan lines: Factoring in the flagship line, the BvS line, the Suicide Squad line, and the Wal-Mart exclusive DKR line, we've received around 30 figures this year so far with more to come. That's huge! Of course, since he's the big draw, Mattel has managed to crank out plenty of Batman variants. Fortunately, they've all been pretty good. Today I'm looking at the first figure I've picked up from the New 52 Doomsday series of DC Comics Multiverse figures: Armored Batman from The Dark Knight Returns! DKR is an incredibly well loved book and Mattel has really been offering some nice figures from it this year. While DC Collectibles and Mezco have both taken swings at the license, Mattel is the first company to offer up the armored variant of the Caped Crusader from when he takes on Superman in the final book issue of the series. Let's take a look at this new version of Armored Batman after the break... 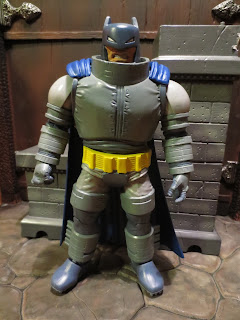 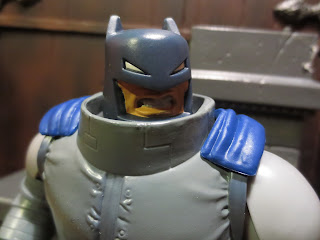 * The sculpting here is excellent as it really captures the angry, oversized artwork of Frank Miller. The armored suit from DKR is much more primitive than the suit we saw in this year's BvS:DoJ film and looks like a mixture of metal pieces along with padded, cloth pieces. There is a pretty standard torso underneath a molded rubber chest piece which helps to create a bigger, bulkier look. I like it. 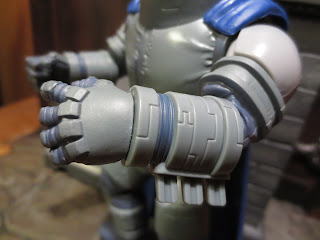 * I love these gauntlets. They do look heavily armored and are just massive compared to Batman's typical gloves. The sculpted detail is quite crisp and the spikes on the bottom are boxy and thick. They're not a perfect recreation of the artwork but they do a pretty decent job of capturing it's spirit. The gloves really look incredible and have a ton of detail on them. 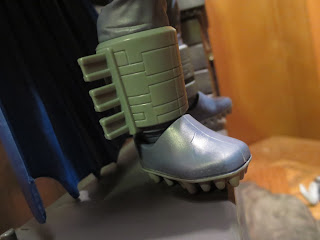 * And here are the boots! Not only does Batman have incredible armored boots and mean looking gauntlets but the bottoms of his boots have some extra mean cleats as well. Perfect for playing soccer or stomping Superman's face, these are pretty cool and I'm digging their look. 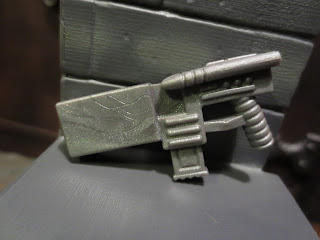 * Batman comes with the sonic gun he uses in DKR to fight Superman and, comparing it to some panels from the comic, it's pretty accurate. It's a solid accessory and makes perfect sense for the character. You don't often see Batman with a gun (you know, except in Batman v. Superman) so this is a bit of a unique Batman extra. 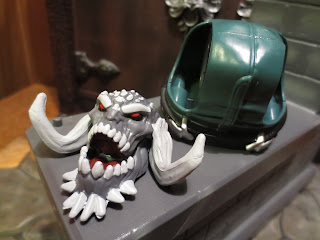 * I'm always happy to see the build-a-figure concept (well, Connect & Collect) continued and this series of DC Comics Multiverse figures offers the New 52 version of Doomsday as a bonus for buying all 6 figures. While I'm not really planning on building Doomsday, the head and waist that Batman comes with are still useful for trading. Who knows, though: I'm also planning on picking up the Mutant Leader and Robin (possibly Lex Luthor, too), so I might just pick up the other two pieces to put the guy together. The head is a cool sculpt and is just cool to have around. 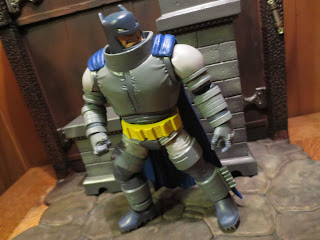 * While Armored Batman has a nearly completely original sculpt (the torso underneath seems to be a basic, reused MOTUC torso) the range of articulation just isn't that hot. I know this is Bruce in a bulky, cumbersome suit of armor, but this figure is really more focused on looks than on posing. 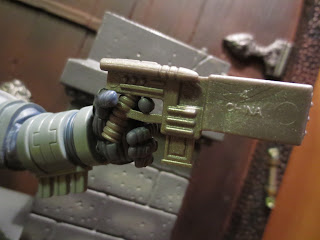 * The sonic gun doesn't quite work in Batman's hand. Bruce can definitely hold the gun and look good posed with it but the handle seems a little two short. It's just kind of awkward to position. 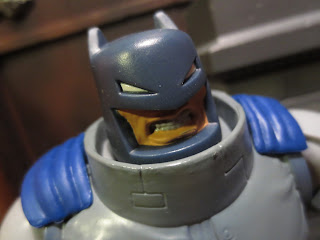 Armored Batman is a really nice looking figure and I'm thrilled to finally have this comic inspired figure in my collection. He's not the most well-articulated figure, though, which hurts the overall value. It's a shame that Mattel wouldn't make sure that a completely original sculpt was the best it could be. The paint and sculpt are cool, although this guy just ends up being more of a figure you'll want to keep on display rather than pick up and repose endlessly. He's a Good and a 1/2 figure, but he deserves Greatness.

I have reviewed so many Batman figures that I've finally given him his own archive, similar to my Batgirl collection. Regarding this specific outfit, though, from this same line I did review the Batman v. Superman: Dawn of Justice version of Armored Batman. Otherwise, this is the first comic inspired Armored Batman figure I'm aware of. I've reviewed a few other figures based on the Dark Knight Returns, however: