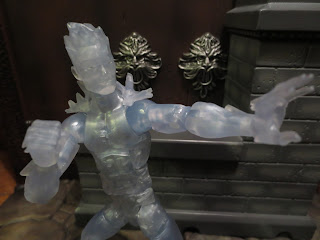 Today I'm looking at Iceman, so guess what? That means I have all of the figures needed to build the Juggernaut! Yup, old Juggsy is sitting on my shelf right now just waiting to be reviewed. As of this writing I still haven't picked up Deadpool yet, though. Hasbro really needs to release a refresher case for this series including Deadpool, Rogue, and Wolverine as those figures seem hard as heck to find. Iceman is a fairly easy find, though, but I got stuck initially ordering him back in August from a cruddy Amazon seller who just never shipped the figure. Of course, I couldn't file for a cancellation until some time had passed (first problem like that I ever recall having on Amazon) but now that that has been taken care of I was able to pick up an Iceman. Ready to see how this frosty fellow stacks up against the other figures in the line? Then join me after the break... 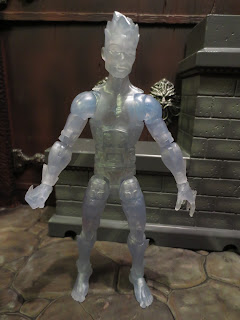 Accessories: Ice spikes and the left arm of the Build-a-figure Juggernaut.

Non-Scalper Price: $18-$20 dollars (look around online and you can find a really good deal on this guy) 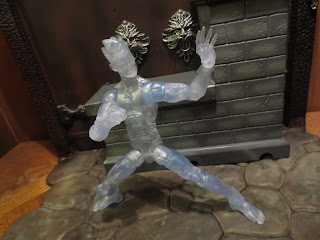 * Iceman has some amazing articulation, including the really cool lateral pectoral joints that Wolverine has. You can do nearly anything with Iceman as he's just a well designed figure with solid articulation. I love the dramatic poses you can put his arms and hands in. 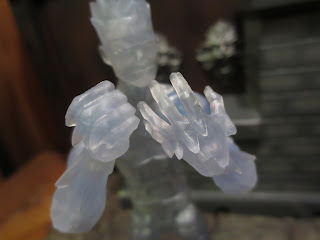 * I really like how expressive Iceman's hands are. Bobby's right hand is a jagged icy fist made for punching and his left hand is an even more jagged icy claw made for slashing. Iceman has a number of nifty ice effects all over his body, adding a bit of much needed pizazz to an all blue figure. 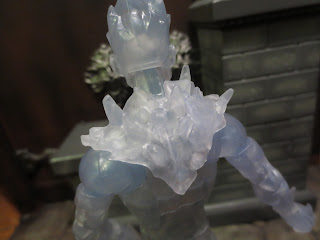 * On Iceman's back there's a cool little patch of jagged ice that kind of makes me think of Marshmallow from Frozen. It turns out that this piece is actually removable and you have the option of displaying Bobby with it on or off. Options are always welcome! 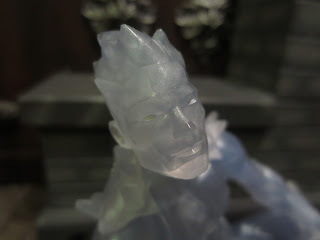 * It's really tough to appreciate with out any paint details other than white eyes but this is a really cool Iceman headsculpt. I like the expression on his face and the way that the ice forms the illusion of hair on top of his head. 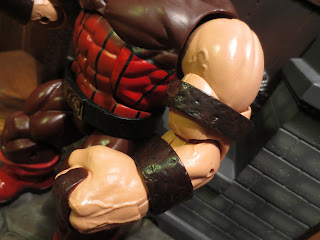 * Iceman comes with the left arm for the Juggernaut and I now have a complete figure because of it! I love the Build-a-figure concept but I've only once before built a Marvel Legends figure. This is the year, folks! 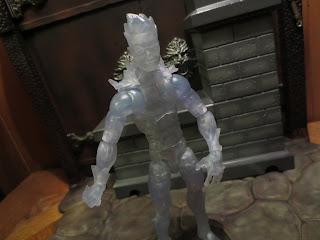 * The biggest problem I have with this figure is that it's just a translucent blue figure. It's kind of boring to me as other than the white eyes there just isn't any sort of paint detail. A white wash would have gone a long ways towards helping some of the details stand out while still giving the figure the icy, translucent appearance that Hasbro was going for. 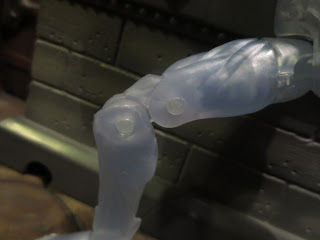 *  I'm not sure if it's the translucent plastic or just the semi-rubbery plastic Hasbro uses on the double joints (which has been getting better) but Iceman feels kind of frail. Pick him up and there's just something that feels off about him. While posing him I started to notice some questionable stress marks around his hips, so proceed with caution while playing with him. 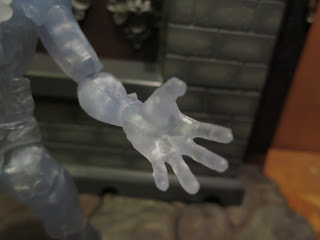 * Sadly, other than the ice backpack item, Iceman comes up empty handed. I really wish Hasbro would have given him an ice blast accessory of some sort as it would have looked wicked cool and made this figure a bit more interesting. 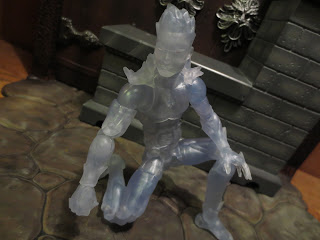 Iceman is a well sculpted figure with a good articulation setup but the translucent, largely unpainted plastic really isn't doing anything for me. It takes a very cool figure and makes it just look kind of bland. A bit of white paint added just to highlight details would have really improved things here. Iceman is a Good figure, but unless you're trying to complete Juggernaut or an X-Men lineup, there are far better Marvel Legends figures out there.


I haven't reviewed any other Iceman figures on Action Figure Barbecue but I have reviewed plenty of other Marvel Legends figures, including: