Action Figure Review: Roboto from He-Man and the Masters of the Universe by Super7 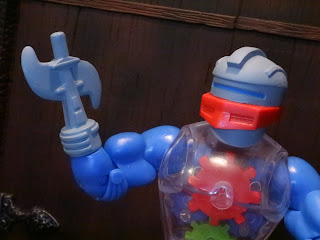 Today I'm checking out Roboto from Super7's final series of He-Man and the Masters of the Universe figures. While he had a figure in the vintage toyline Roboto sure isn't a character we've seen too often in toy form. He had one vintage figure, one 200x figure, one MOTUC figure, and a M.U.S.C.L.E. figure. I mean, he's been represented in all three of the major lines so far, but he's not getting lots of extra stuff. That's why it's nice to see him here. I like Roboto with his bright red and blue colors and his funky duck bill like mouth piece. Of course, a question worth bringing up is "why in the world did Robot get made in this Filmation inspired line ahead of so many other characters?" Roboto appeared in one episode, "Happy Birthday Roboto." One. Ram Man was on the show all the time, as was Cringer. Melaktha appeared more times than Roboto and has never has a figure before. Heck, why not Leech or Catra, or any of the POP crew? Yeah, I know their MOTUC designs were much closer to their Filmation appearances than to their toy appearances, but still. Why Roboto? Either, A: Roboto is someone at Super7's favorite character or, B: Super7 planned to have the license much longer than they did and was looking to pad the line out over multiple series. Anyways, we now have a Filmation inspired Roboto. Is he any good? Find out after the break... 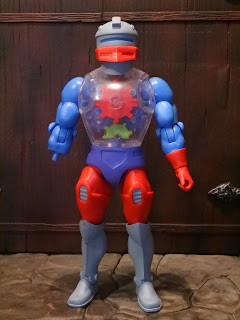 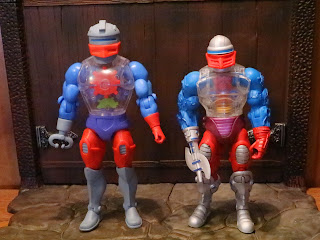 
* The Filmation inspired Roboto is on the left while Mattel's Masters of the Universe Classics Roboto is on the right. While they have a lot of similarities, looking at these two figures for more than a second definitely shows that they share no parts. They're completely different from each other. 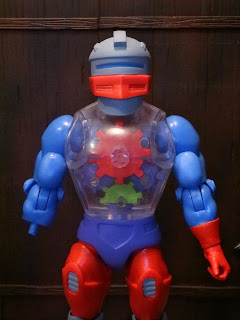 
* So much of the appeal of many of the classics MOTU characters come from their bright and instantly recognizable color schemes and with his his bright red and blues, Robot is instantly recognizable. He definitely adheres to the visual aesthetic of this Filmation based line by looking very "soft" and animated. His details are simpler and more rounded, evoking the smooth 1980s animation. I honestly find him very visually appealing. Plus, I think his shoulders are on correctly (if you get that joke, then you too surely survived the great MattyCollector war of 2008-2016). 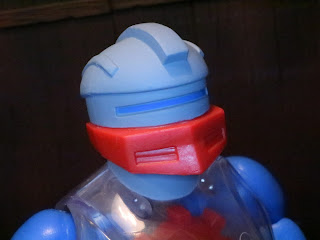 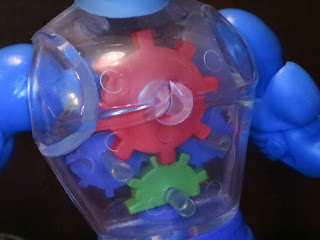 * Like the previous Robotos, this guy's chest is filled with gears. Unlike the previous Roboto figures, the gears don't move. They're solid pieces although they do look really cool and definitely feel very evocative of the Filmation style. The translucent torso is also very sturdy, so that's a plus. 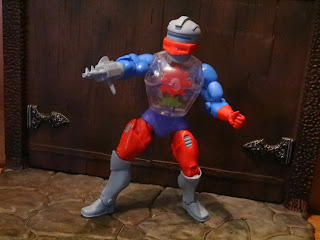 * Roboto's articulation is just as good, and maybe a bit better, than most other figures in the line. While he's lacking the torso hinge, everything else has a great range of motion. He feels very solid and sturdy, too. It might also be worth pointing out that Roboto seems a bit taller than the other figures in this line. I really couldn't tell from looking at stills from the episode, so maybe this is accurate. It doesn't bother me at all; it's just kind of interesting. 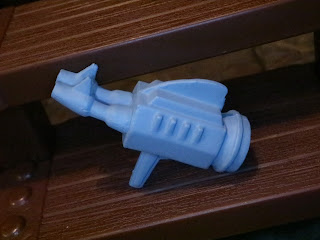 * Robot comes with the same three arms that the vintage figure included, though the designs have been simplified to fit in with the Filmation aesthetic of the line. First up is the double barreled laser cannon. The weapons fit over a plug on Robot's right forearm arm and everything swaps out quite easily. 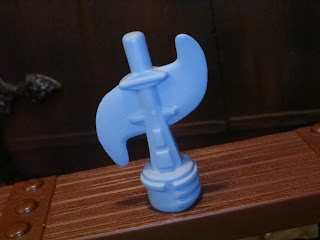 * My favorite Roboto weapon is usually a toss up between the laser gun and the ax. The ax is pretty cool (I imagine a robot could do some serious damage wielding an ax for a hand) and looks great on the figure. 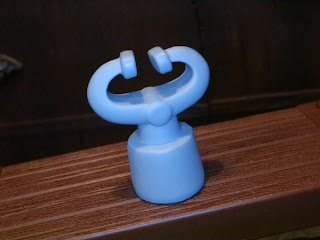 * Last up are Roboto's pincers. The vintage figure had more of a mechanical claw-like hand but the Filmation version of the character definitely seems like he's wielding some more delicate pincers. 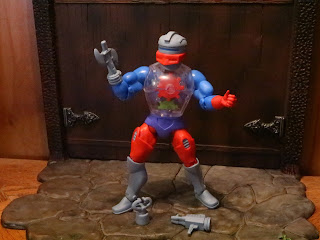 While I still kind of find Robot a strange choice over nearly any other characters who appeared in the Filmation cartoons more than once, I still like him. He's not a character we see all that often so it's kind of cool adding another Roboto to the shelf. He looks fantastic and he's quite fun to play with thanks to the swappable weapons for his right hand. I'm not finished with reviewing this series of figures yet but so far it has largely turned out to be pretty good. Robot is a Great figure and is definitely worth consideration for Filmation fans and fans of the character.

If you're looking for more of Robot I've also reviewed the M.U.S.C.L.E. Roboto from Series 3 Pack B and the 200x Roboto head from the MOTUC Heads of Eternia set.

For more He-Man and the Masters of the Universe figures from Super7 check out the following:
Fisto
Grizzlor
Kittrina
Mantenna
Modulok
Prince Adam
Prince Adam (Laughing)
She-Ra
Tung Lashor
Posted by Barbecue17 at 2/19/2020