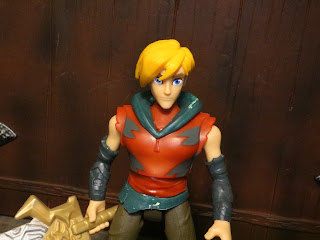 In celebration of Masters of the Universe Day today here's a look at Prince Adam from the new toyline based on the Netflix animated series He-Man and the Masters of the Universe. Arguably one of the most popular civilian "alter-ego" action figures ever, Prince Adam usually makes an appearance in MOTU toylines. Almost everyone has a civilian alter-ego in this version of MOTU but Prince Adam is the first to get an action figure. This version of Adam has a slightly different backstory as he was kidnapped from Eternos Palace as a very young child by his Uncle Keldor but was raised by the Tiger Tribe. Let's take a look at the newest MOTU toy I've procured after the break... 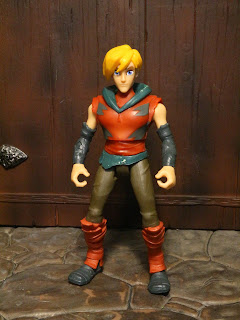 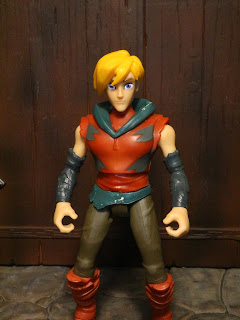 The Positives:
* Prince Adam looks pretty close to his cartoon counterpart: Brown pants, a red, sleeveless hoodie with tiger stripes, and red boots covered in wrappings. It definitely has some elements of the classic Prince Adam look but it's fairly unique as well. I really like the presence of the tiger stripes since Adam has been raised by the Tiger Tribe. 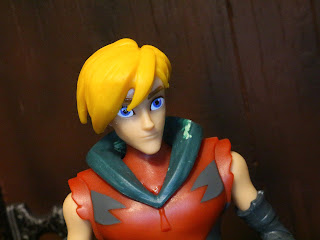 * These figures are fairly stylized (as is the animation of the show) but Adam does resemble his cartoon counterpart fairly well. He's recognizable with clean paintwork on his eyes and noticeable darker eyebrows. 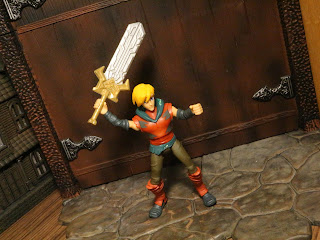 * The articulation is fairly basic on this line but I'm OK with it. He has a bit more leg movement than some of the figures in the line and the Power Attack feature is fun to mess around with. 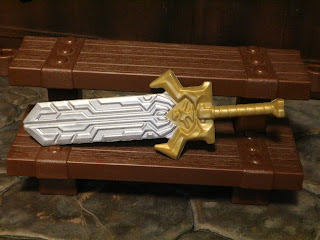 * Adam comes with a smaller version of the Power Sword. It grows and transforms a bit when Adam uses it to transform into He-Man (kind of like he 200x version) so the smaller version is a welcome inclusion. 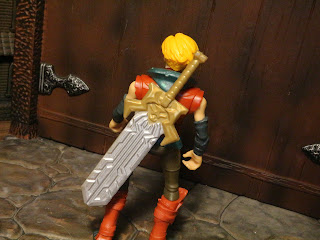 * There's a small port on Prince Adam's back which allows him to keep the Power Sword at the ready. 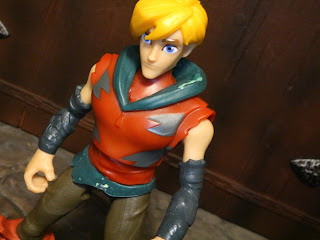 The Negatives:
* OK, first up I have to mention the fact that Adam is supposed to have a white shirt underneath his hoodie, so the area around his chest and his sleeves should be white. Mattel cheaped out on a paint application here.
* Secondly, what's up with the weird chipped plastic around Adam's belt and collar? I returned my first figure to try to get one without this and both had it. I think they all do, really. 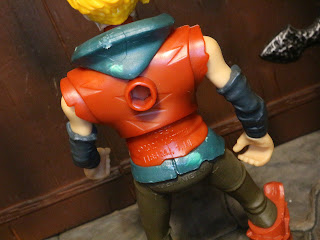 * Those green stress marks or whatever they are are present on his back, too. They're all over the hood/ collar and the back of his belt. 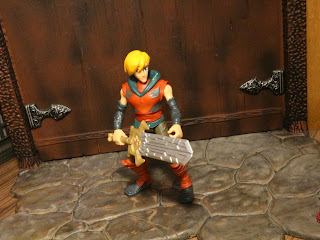 I absolutely love Prince Adam as a character and I really like him in the He-Man and the Masters of the Universe cartoon but, man, this figure is underwhelming. It's very basic and just seems uninspiring. The missing paint applications and the weird stress marks on the plastic just counteract everything good about this one. This is definitely an Eh and a 1/2 figure. Unless you're hardcore collecting this line or devoted to documenting as many MOTU collectibles as possible, you could skip this version of Prince Adam and be fine. Huh. Kind of a bummer for MOTU day, right?
If you're looking for more of Prince Adam then check out Fabulous Secret Powers for all of my He-Man and Prince Adam reviews.
For more reviews from Mattel's He-Man and the Masters of the Universe line check out the following:
He-Man and the Masters of the Universe by Mattel (2021)
5.5 inch
Battle Cat
Battle for Eternia
Chaos Snake Attack
Evil-Lyn
He-Man
He-Man (Grayskull Armor)
He-Man and Ground Ripper
Man-At-Arms and Sky Sled
Man-E-Faces
Ram Ma'am
Skeletor
Skeletor and Panthor
Sorceress
Trap Jaw
Trap Jaw and Cycle
8.5 inch
Battle Armor He-Man
He-Man
Man-At-Arms
Skeletor
Stratos
Trap Jaw
Roleplay
Power Sword