Action Figure Review: Zodac from Masters of the Universe Origins by Mattel 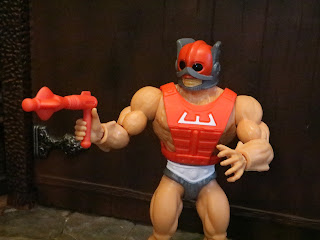 Today I'm checking out the final figure in series 3 of Masters of the Universe Classics and it's none other than Zodac, the neutrally aligned Cosmic Enforcer! As one of the original 8-back figures Zodac certainly has his fans although he tends to be the last popular of the characters from the original series of figures. I always had a tough time figuring out what to do with him as a kid and he didn't really stand out to me until the MOTUC version made the Cosmic Enforcers sort of like the Green Lantern Corps. I like the subset of the Cosmic Enforcers in MOTUC and it really helped give me a new appreciation for this guy. Let's take a look at Zodac after the break... 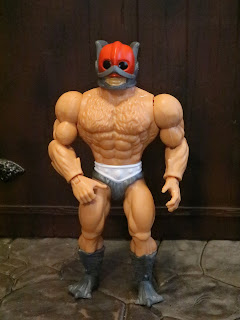 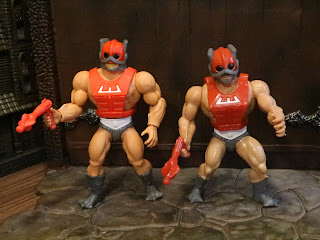 Comparison:
* The MOTU Origins Zodac is on the left while my childhood vintage Zodac is on the right. Mattel did a really nice job of capturing the vintage figure in the slightly updated style of the Origins line, giving us something that's halfway between the vintage line and Masters of the Universe Classics. 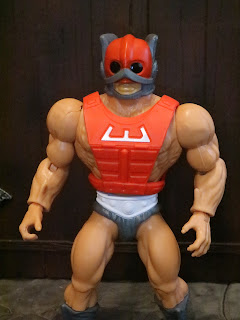 The Positives:
* Zodac is a weird mishmash of parts as he has the hairy Beast Man body, the "demon" arms with the fins on them, but regular lower legs with the monster feet boots. It's an unusual look but it does help Zodac stand out as more than just a regular guy. The Cosmic Enforcer armor (which also appeared with Seth Rollins in the Masters of the WWE Universe line) looks great and is easily removable if you want to do something different with it. How long until you think Mattel releases an official Wun-Dar in Origins? 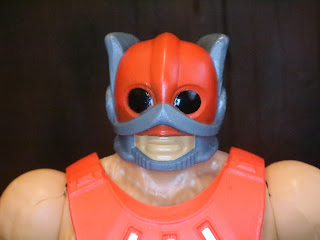 * Zodak's head and helmet looks really good. The paint colors really pop and the design is still excellent with a few cool little details like the ridges on the chin strap. 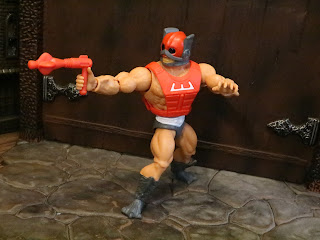 * The MOTU origins figures are aesthetically similar to the vintage toys but with more modern articulation. While their bulky frames make the articulation a bit clumsy, they do feel like an evolution of the vintage line. Imagine what you would get if you mixed a vintage figure with a MOTUC figure. They're quite fun to play with and pretty durable, feeling more like a toy than a collectible.
* They're also modular. Like the Masters of the WWE universe figures, these can be easily separated to make your own lazy boy customs! 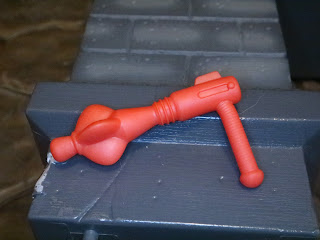 * Zodac's pistol looks great. It's a very simple yet elegant design evoking a retro sci-fi aesthetic that wouldn't look out of place in a Jack Kirby book. 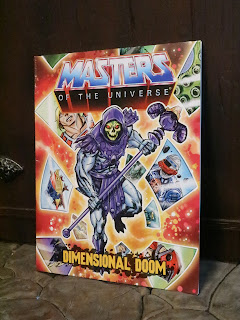 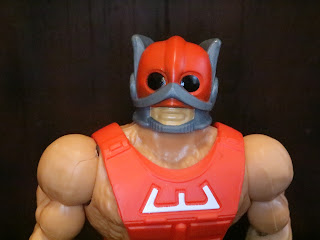 The Negatives:
* I do have a negative with this figure: Zodac's head sets too low on his neck. He looks like he has no neck. If you pull the head up on the peg when displaying him or even put something inside the socket of the ball joint to keep it from going all the way in it looks so much better. 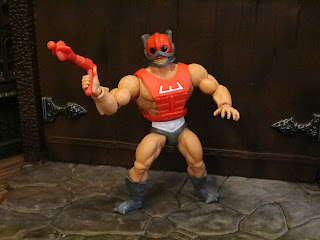 Zodac might not be the most exciting MOTU character but Mattel did a good job with him. His low-sitting head is a bit weird but it's an easy fix on your own. Zodac is a solid figure and gets a Great rating from me. I like his armor and pistol and I'm curious to see if we'll see any of them reused for Wun-Dar, Zodak, or any other Cosmic Enforcers in the line. With more characters released now MOTU Origins is starting to gel more for me and I'm finding myself looking forward to each new series. Now, if I couldonly get my hands on series 2....

If you're a fan of Zodac I've also reviewed the Super7 M.U.S.C.L.E. Zodac, the Colorforms Deluxe Play Set, The Loyal Subjects Zodac Action Vinyl, and the Mega Construx Panthor at Point Dread set which includes a Zodak minifiugre.