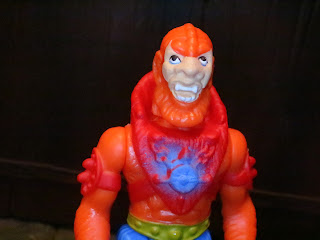 I really like Super7's Masters of the Universe ReAction figures and I'm always looking for pieces to fill in gaps in my collection so when I stumbled upon a few releases from last year's series of blind-boxed ReAction figures. Beast Man here is obviously from the Snake Mountain series of figures and he's one of the standard that came boxed 2 per case. The standard figures in the blind boxes were designed to capture the Filmation appearances of the cast rather than the vintage toys so some of these are pretty desirable in that respect. Beast Man, however, comes out a bit less impressive than some of the others. Let's take a look and see whether this bumbling buffoon is worth adding to your shelf after the break... 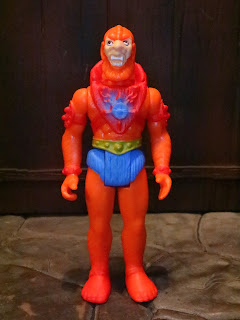 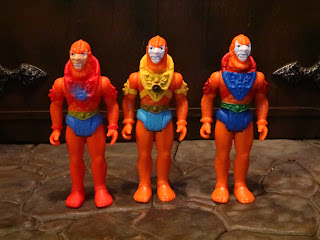 * I've reviewed a couple other ReAction Beast Man figures so this review is mostly focused on the new color scheme. From left to right we have the Cartoon Colors Beast Man I'm checking out today, the Beast Man with Weapons Pack, and the Leo Toys Beast Man. These are all the exact same sculpt with different paint jobs, so you might want to check out those reviews for the full details on the sculpt, articulation, and such. 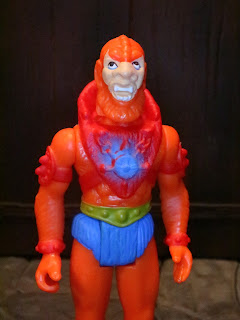 * This is intended to be a Filmation colored Beast Man and overall there are some really good efforts made to capture the Filmation look. The face is painted like the Filmation model, Beast Man's fur is more of a reddish orange rather than bright orange, and he's got painted wrist cuffs and an appropriately colored loincloth and belt. He's quite sharp overall. 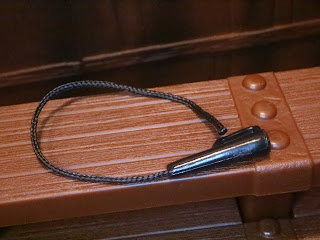 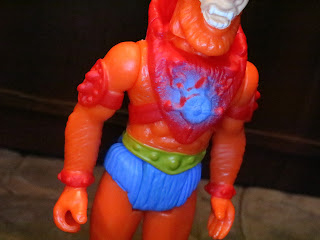 * Why is Beast Man's medallion painted so messily? The vintage toy Beast Man certainly had this effect on his medallion but the Filmation Beast Man had a simple blue medallion. That really should have been the case here since this is being billed as a Cartoon Colors Beast Man. 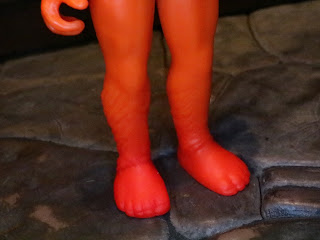 * I'm also not a fan of Beast Man's feet being given a red spray effect. The Filmation Beast Man wore red boots and I presume that is what Super7 was trying to capture here, but it just doesn't work. It would have been better to either use another figure's legs or simply leave Beast Man's feet alone. 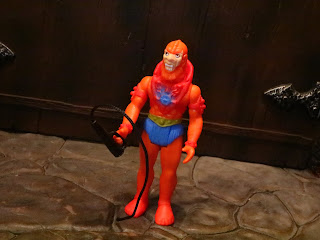 Beast Man isn't a bad toy but he's an oddly approached Filmation colors variant. It would have been quite easy to paint his medallion accurately to the cartoon and to just leave his feet alone, but giving him two messy looking paint applications definitely doesn't convey the clean aesthetic of the Filmation animation. He's a Good and a 1/2 figure. Not the best Beast Man out there (not even in this line) but not a horrible, toy. Honestly, as a plain Beast Man he's not bad at all, but he missed the mark as the Filmation tribute figure he is supposed to be.