Moss May: Moss Man and Beast Man 2 Pack from Dorbz: Masters of the Universe by Funko 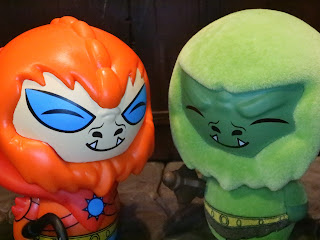 Ready for another installment in Moss May? Then let's check out the Funko Dorbz two-pack of Moss Man and Beast Man! Released in July 2017 this two-pack features a Dorbz figure of the two characters who infamously shared a body sculpt in the vintage Masters of the Universe line. That actually makes them a cool pairing although Funko gave them unique headsculpts here, so they're really quite different. Funko's sales pitch for the pairing seems to imply that they're both warriors with the power to control other things: Moss Man controls plants while Beast Man controls animal life (but not dragons!). The set was limited to 3,000 pieces but since the Dorbz line wasn't incredibly popular you can actually find this for less than the original retail price if you shop around a bit. Let's check out this cool pairing of a Heroic Warrior and an Evil Warrior after the break... 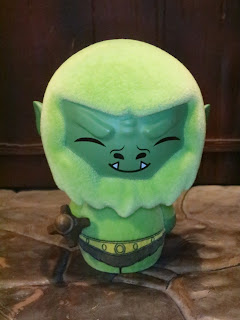 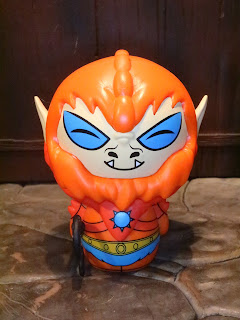 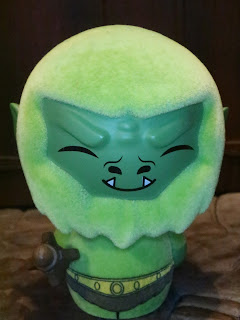 * While the Dorbz have a very simplistic style to them, there is really something about Moss Man that makes him seem a bit fancier than most of the others. Maybe it's because I love Moss Man but the combination of his flocking and his unique headsculpt really bring this little guy to life. 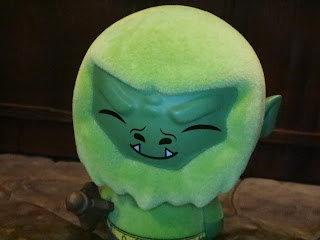 * Funko did not use the same head for Moss Man and Beast Man but instead gave Moss Man his own unique headsculpt. I love that he actually looks kind of friendly here. I like to think of Moss Man as a peaceful being, not unlike an Ent, who will only become angry or violent when it is absolutely necessary to protect Eternia. He's got his eyes closed, like most Dorbs, and he's also got some really adorable painted on fangs. 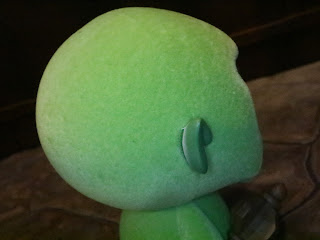 * Like nearly any good Moss Man toy, this Dorbz Moss Man is flocked. It's a very smooth flocking unlike most other Moss Man figures but it does look quite nice. I like the lighter shade of green against the darker skin color. 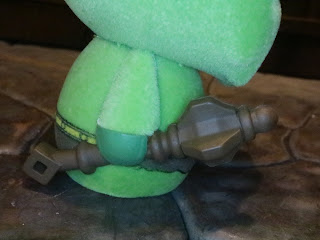 * Moss Man is wielding his brown club, just like the vintage figure. It's quite nicely sculpted and look perfect in his right hand. 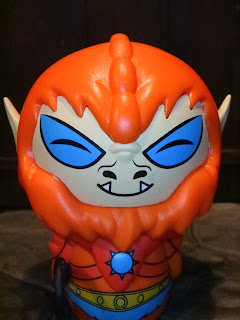 * Beast Man is even more unique sculpt-wise than Moss Man! He not only has a very unique headsculpt but his body is quite unique, too. He's bright, bold, and looks fantastic with his very Filmation inspired design. 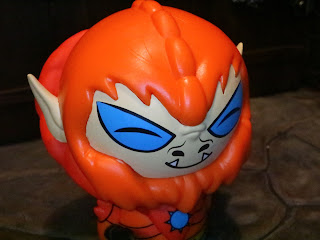 * The face is awesome on Beast Man. It's a completely unique sculpt that features lots of shaggy fur, his massive collar, his points ears, and some excellent paint applications. 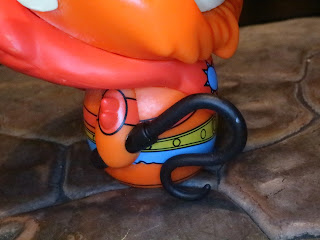 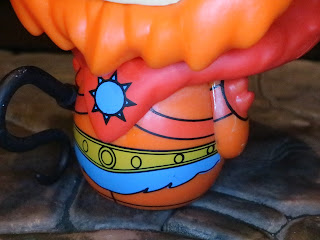 * While most Dorbz just feature painted on details, Beast Man actually has his furry collar sculpted as well as the spiked arm pads. The paint work and printing is all very neat and clean. 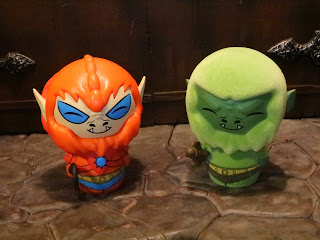 This two pack of Moss Man and Beast Man is actually one of my favorite releases from the Dorbz series. These little guys are a ton of fun on display and this set did a great job of offering up two really nicely done figures. Moss Man and Beast Man are definitely a Great set and Funko did an excellent job with them. The pairing makes sense and they add a lot of color to your MOTU Dorbz shelf. While Funko mostly stuck to the most well know characters in this series (though they inexplicably left out Hordak, Teela, and Evil-Lyn) it was nice to see a solid B-lister like Moss Man in the line.

Moss Man is one of my favorites and along with the vintage Moss Man I've also reviewed the M.U.S.C.L.E. Moss Man, Eternia Pine Deodorant, the MOTUC Moss Man, and the Mega Construx flocked Moss Man that came with the Battle Bones set and standard Moss Man.