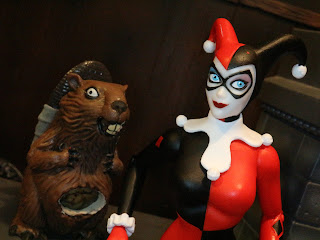 The DC Designer Series seems to be getting back in a pretty steady groove. Just in the past couple of months DC Collectibles has released the incredible Ant Lucia Bombshells figures and the Amanda Conner inspired Harley Quinn series. Harley Quinn seems to be more popular with DC Collectibles than even Batman these days, so I imagine they have high hopes for an entire line of just Harley figures. If you haven't read Amanda Conner and Jimmy Palmiotti's Harley Quinn comics, you're missing out on some incredibly fun books. One of the things that is kind of off, though, is that of all the various Harleys offered in this series of figures, not one of them is anything that you might call a standard outfit for the character in the books. Even her "traditional" outfit rarely shows up. Still, it's not like a traditional Harley Quinn rendered in Conner's incredibly fun and expressive art style isn't going to sell, so I can completely understand why DC Collectibles released "Traditional Harley Quinn" as one of the first four figures in the line. Let's jump in and take a closer look at this figure after the break... 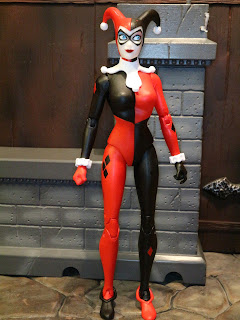 Accessories: Bernie the beaver, revolver, and a display stand. 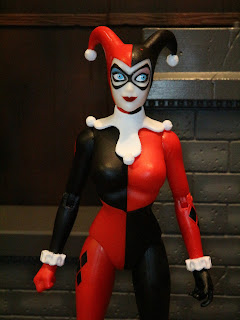 
* It's hard to make a classically designed Harley Quinn unappealing, and DC Collectibles certainly did not make this figure unappealing. This is a great looking figure that captures Harley's traditional outfit in a style that reflects Amanda Conner's artwork. I don't think it's as recognizable as some of the other artist specific Designer Series figures but it looks good and has a uniqueness all its own. 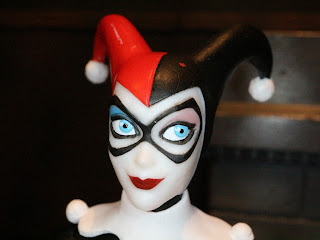 * The headsculpt is what truly sets this version of Harley apart from other versions in the traditional outfit. The eyes are very expressive, especially because they're posed glancing to the left. I love the paintwork, too. Very clean with a soft palette. 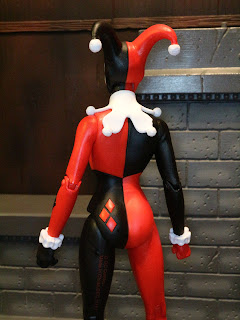 * The paint on Harley outfit is also incredibly clean and tight. Better still, the various diamonds on the outfit aren't just paint: They're actually etched into the figure. Fantastic work! 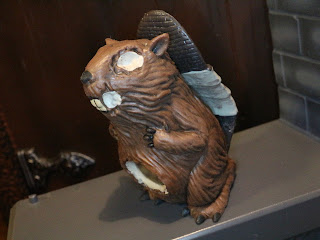 * One of the most interesting things about this set that really captures the feel of the Harley Quinn comic series is that each figure includes a wacky accessory. This figure includes Harley Quinn's beaver, Bernie. Yup, in her series Harley has a dead beaver named Barnie that only she can hear. Well, she thinks she does anyway. Bernie is molded in a very soft rubber and rather nicely painted. 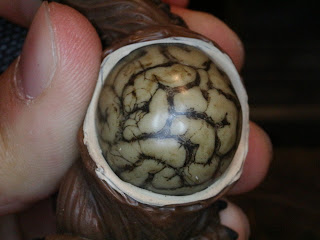 * Bernie also has an action feature: Squeeze his belly and his guts pop out. They're really icky looking and encased in a clear plastic bag filled with a bit of liquid to make them look all gross and squishy. 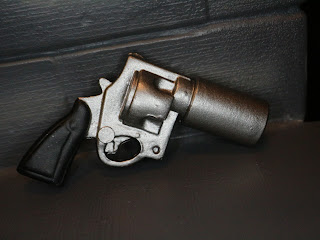 * Harley also comes with a wicked cool revolver. I love the design of this as it's wildly caricatured but still has a cool, realistic paintjob. It fits in Harley's left hand perfectly and looks great in a few different poses. 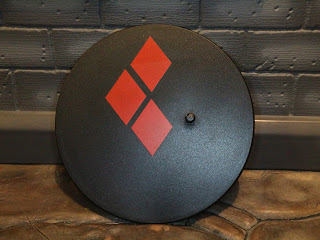 * One of the best things this figures includes with it is a display base! How long has it been since DC Collectibles includes display bases with any of their action figures? I think it's been at least since 2012. Anyways, I love the inclusion of the display stand. It's simple but painted with some Harley diamonds, so it suits the figure well. 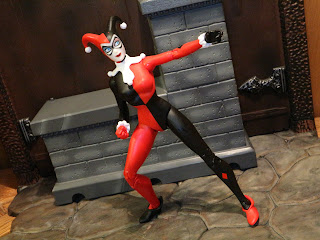 * Harley's articulation is a bit odd. There are definitely more joints here than on many DC figures, but they're not all that useful. The double hinged knees are great, but the limited ankles and the restricted hip joints make them pretty useless. Furthermore, the neck joint really seems like it's either a swivel joint or just a very poor balljoint. 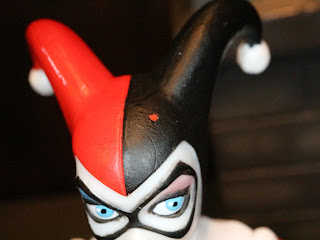 * There is also either a paint chip or an errant paint mark on Harley's hat. It's very noticeable and does detract from the figure's appearance somewhat. 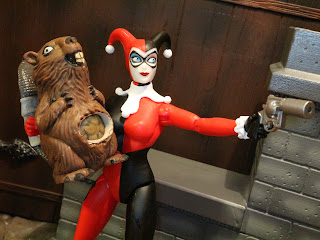 I'm going to be reviewing all of these figures over the next month or so, so it will be interesting to see how they compare with one another. The traditional Harley Quinn is a nice figure but it definitely has a few issues that make it less than a definitive Harley Quinn. The addition of Bernie is a pretty cool feature and I'm thrilled that the display stands are included but the less than stellar articulation and the paint mark on the head are disappointing. Harley's a Good and a 1/2 figure but definitely a weaker Harley than many of the others that have been released in the last year or so.


I've reviewed so many Harley Quinn figures that I've given her her own review index. Check it out for more Harley Quinn reviews!

If you're looking for more figures from the DC Designer Series, check out the following: