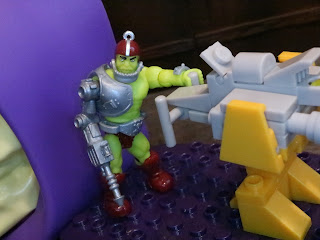 Last week I reviewed one of the new Mega Construx building sets that come packaged in a case shaped like Skeletor's head and today I'm checking out the next one: Trap Jaw & Laser Cannon! This is the first time we've received Trap Jaw in the Masters of the Universe Mega Construx line although this isn't his standard look. Instead, Mega Construx released him in his green skinned look from his appearance in the vintage minicomics. He comes packaged along with an improved version of the turret from Castle Grayskull, which is kind of cool. You could really place it anywhere. I'm liking these little sets, so let's jump in and check this one out after the break... 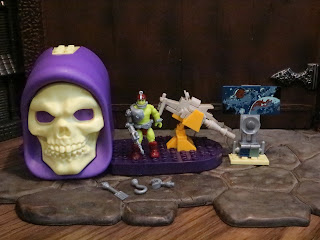 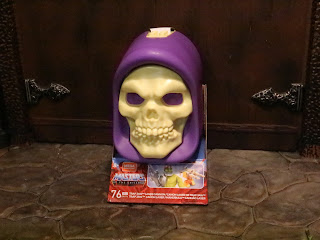 The Packaging:
* The set is all contained inside of the Skeletor head but the head does come in a little cardboard tray with the information about the set and a picture of the contents on it. These are placed on store shelves in a large cardboard tray holding six of the sets, two of each style. 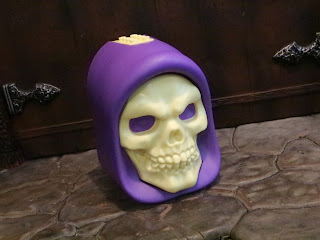 The Positives:
* All of the Skeletor sets are the same sculpt but molded in different colors. This one might be considered the standard one as it has a more vivid purple hood and a regular yellow face. 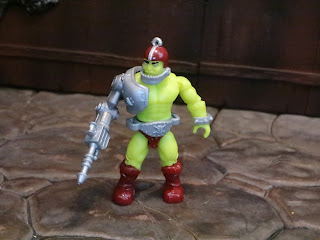 * Trap Jaw is easily one of the best minifigures in the Mega Construx line and I'm very excited for the standard Trap Jaw whenever he is released. The minicomic green version isn't my favorite Trap Jaw but, gosh, he does look nice. The colors are spot on and the little things like the rubbery belt with little slits for weapons and the armored shoulder harness are very well executed. 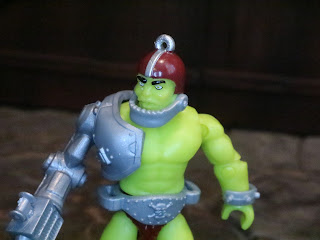 * The headsculpt is excellent too, especially in this smaller scale. He's got the little loop on top for allowing him to glide down a string and an actual hinged mouth. Yup! It really works! 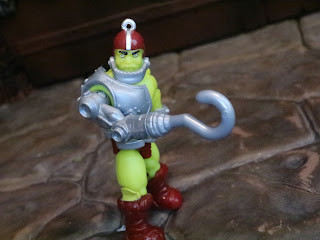 * Trap Jaw's arm doesn't have an elbow joint but it does have a great sculpt and moves at the shoulder and the wrist. It's very cool! He really does feel like a scaled down version of the Masters of the Universe Classics figure! 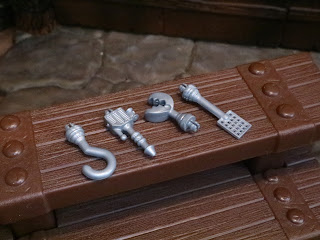 * Trappy comes with four different weapons for his arm. You've got his standard hook, the laser cannon, the claw, and the fly swatter from the Filmation cartoon series. They swap nicely and stay on securely! 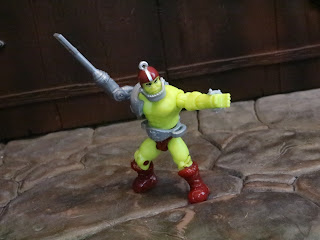 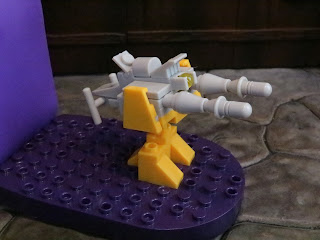 * The accessory piece of this set is the laser cannon like we see on one of the Castle Grayskull turrets. It's actually quite a bit nicer than the laser cannon that the Mega Construx Grayskull has and I wouldn't blame you for replacing that one with this newer model. The design is better and the cannon can swivel and move vertically. 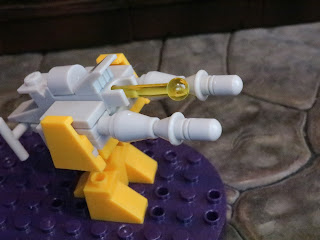 * There's also a firing missile that launches from the missile. This thing fires really far! It came with two missiles but my daughter wanted to play around with the laser cannon while I was building the set and she ended up losing it somewhere in our living room. Be careful! 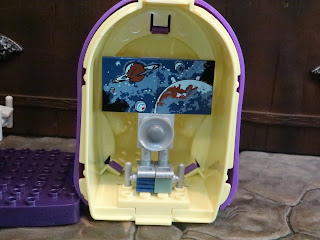 * Inside Skeletor's head there is a very old-school MOTU inspired computer console, similar to what you'd see in Castle Grayskull or Point Dread. I love the graphics on the monitor tiles and the little details on the control console base. 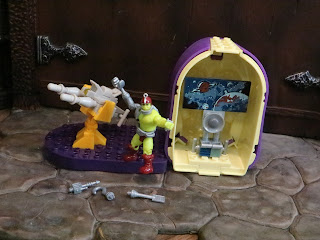 I've now reviewed two of these little sets and this one is my favorite of the two. I like the little accessories, sure, but Trap Jaw is the real winner here. Man, he is exceptional! The inclusion of four interchangeable hands, his unique belt, and a working jaw really makes this set the one to look out for. I'm really excited for a classic Trap Jaw, sure, but this guy is still excellent on his own. The pieces here ought to make for some really cool items to add into your Mega Constux display. This line just keeps getting cooler and cooler and I'm excited to see where it goes from here. This is an Epic little set with one of the best minifigures in the entire line!
I've reviewed so many toys of Skeletor/ Keldor that he has his own review archive. Check out Snake Mountain for all of my reviews of Skeletor!