Minifigure Review: Stratos from Masters of the Universe: Mega Construx by Mattel 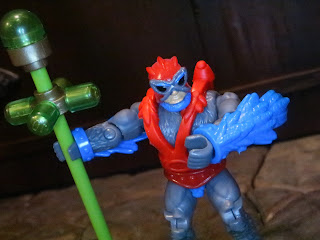 Earlier this year I reviewed the Stratos minifigure from the fifth series of the Mega Construx Heroes figures that ended up being notoriously difficult to find last year until it started showing up at discount outlets. That was a pretty cool figure and today I'm checking out a variant of it that has been released in the first series of single carded Masters of the Universe: Mega Construx figures. There are a couple variants of Stratos in the vintage MOTU line and this figure nicely offers the rest of them. While the first Mega Construx Stratos had red wings with a blue jetpack, this version has the blue wings with a red jetpack and has the blue beard. Yes, some of the earliest Stratos figures had a head with reversed colors: Stratos' usual gray beard and blue goggle outlines became a blue beard with gray goggle outlines. Since you can mix and match parts here, you should be able to come up with every vintage Stratos variant out there with this guy and the previous release. Let's check out this heroic winged warrior after the break... 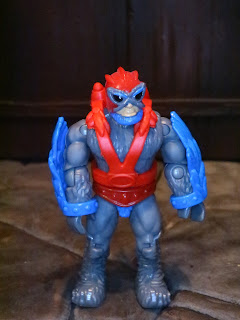 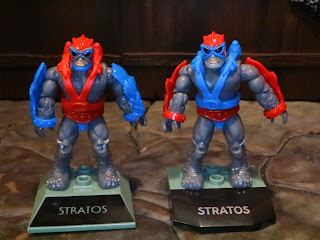 * On the left is the newer Stratos with blue wings, red jetpack, and a blue beard while the first Stratos release is on the right. The newer Stratos is truly just a repaint of the previous release with the only non-paint difference being the different display stands and different torsos, which a commenter pointed out to me. The red wing Stratos has the standard muscular torso while the blue wing Stratos has the furry Beast Man torso. 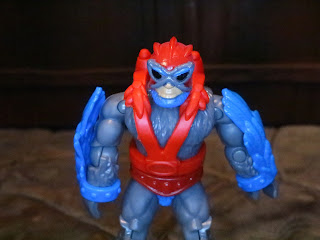 
* This guy looks just as good as the last Mega Conxtrux Stratos. I mean, it is the same sculpt after all. The wings and jetpack look great and can be removed by disassembling the figure. 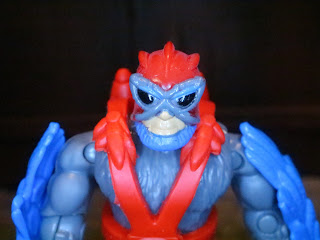 *  Stratos has a lot of detail in his tiny portrait. His helmet and goggles combo looks great, as does his beard.I really like the blue beard here. I didn't notice it at first but it's definitely there and makes for a cool throwback to the vintage variant. 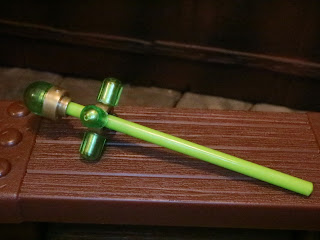 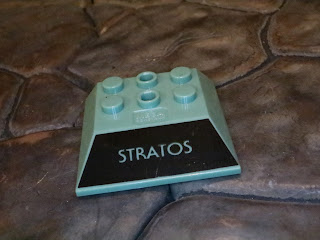 *  To help display these, each figure includes a stand. The stands are different than the ones included with the previous figures and are now just one solid piece rather than being made of three pieces. 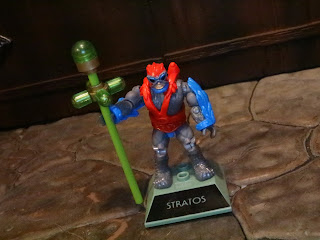 Stratos is an Epic minifigure in this line. Considering he sells for $5 bucks I'm not sure there is more you could ask for from this guy. He's really cool and the addition of the blue beard makes him even better. How can you not dig this guy? I've never been the biggest Stratos fan but I'm loving his Mega Construx figures. These figures have been hitting Walmart shelves in force lately and I haven't really heard of anyone having much difficulty finding them now. Here's hoping that the quality of this line and the distribution of the line both continue to excel!

If you're a Stratos fan then check out my review of the M.U.S.C.L.E. green Stratos from series #2, the minifigure Stratos from the 200x Heroes Vs. Villains Gift Pack #1, the Mega Construx Heroes Stratos, the Club Grayskull Stratos, and Super7's Neo-vintage Stratos.