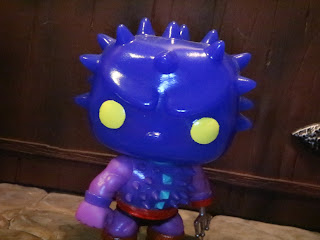 Ready for another Masters of the Universe POP! review? Then let's check out Spikor! Spikor was released in 2013 alongside of He-Man, Skeletor, She-Ra, and Hordak as part of the first series of MOTU POP! vinyls, which is pretty interesting since Spikor is definitely not an A-list character. Heck, Spikor isn't even a B-list character. I'd put Spikor as a solid C-list Evil Warrior. Originally appearing in the fourth series of vintage figures released in 1985, Spikor has a couple of minicomic appearances and appeared in three episodes of the Filmation series. He's a recognizable figure or sure, but definitely not one of the big names. Why exactly did Spikor make it into the first series of POP! vinyls, then? My guess is it is either because his Masters of the Universe Classics figure was released in 2012, so he was probably recent at the time Funko was selecting characters for the line, or it is because he was simply someone at Funko's favorite childhood figure. Let's take a look at Spikor after the break and see how sharp he really is... 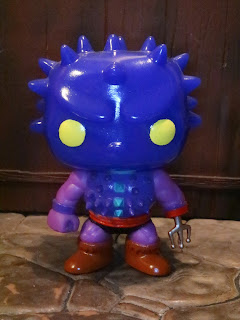 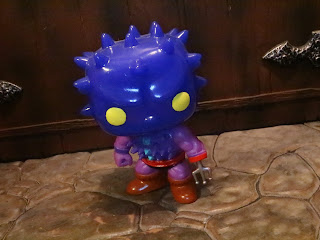 * Spikor definitely has an unusual appearance, so even if you didn't recognize him he would still stand out to you I should imagine. With his dark purple armor, unique spiky silhouette, and piercing yellow eyes Spikor is rather unique among the MOTU POP! vinyls. He's constructed the same as the majority of POP! figures from the time, meaning he's posed in a bit of a crouch with a swivel head. 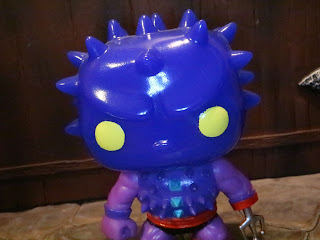 * I've got a light on this guy to bring out the details but in person his armor is a much darker purple. In the 2012 MOTUC bio it was explained that Spikor (real name Klefton) was magically fused with a spiked suit of armor. Weird, huh? The yellow eyes are quite cool, though definitely a lot simpler than what we might expect if Spikor were going to be released today. There's never much emotion in POP! vinyls although Spikor does have a very noticeable furrowed brow. 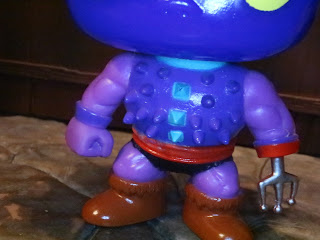 * His spiky armor is nicely rendered here, including the light blue armored spikes on his chest. I'm glad that little detail is included, as it always stands out to me! I think I got Spikor for Christmas around 1987 and his rubbery torso armor always fascinated me. 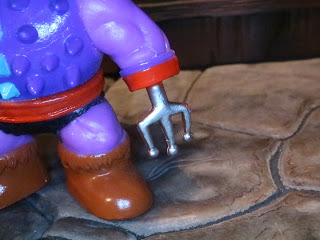 * While his orange spiked mace isn't included (Boo!) the trident on Spikor's left forearm is. It looks pretty cool and it's an interesting detail to include as the trident wasn't part of the character's Filmation appearance, if I remember correctly. Considering these are branded as POP! Television, it's fascinating that Funko mixed the designs up a bit. 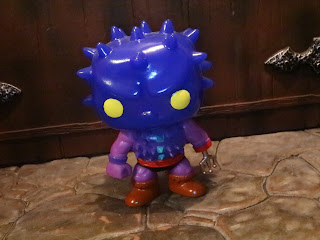 As a MOTU collector I'm always reviewing action figures of the main characters, often multiple times a month. It's always cool to get a character who doesn't see release as often as, say, He-Man and Skeletor, and Spikor definitely fits that description. He's not an easy POP! vinyl to get your hands on these days (he's a bit pricey) but while we've seen other versions of He-Man and Skeletor and, hopefully, will get new versions of She-Ra and Hordak, odds are that this is the only POP! Spikor we'll ever see. He's a Great POP! vinyl and a fun addition to the Evil Warriors!

If you're a fan of Spikor then check out my review of the M.U.S.C.L.E. green Spikor!