Toy Review: Swift Wind Straw Buddy from She-Ra and the Princesses of Power by Sonic/ C3 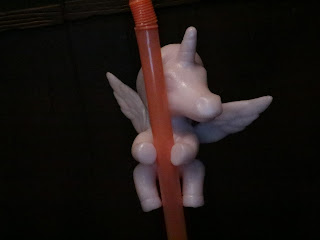 If you need a straw buddy for your beverage but you are more Team Best Friends Squad rather than Team Horde, you're going to want to check out this Swift Wind Straw Buddy from Sonic. I really like Swift Wind in the new She-Ra and the Princesses of Power show and I was definitely excited to get the Swift Wind from Mattel's She-Ra and the Princesses of Power dolls, even though he was very... different from the kind of stuff I usually collect. I'm glad Swift Wind made the cut for a toy in the Sonic Wack Pack kids meals although I will say that he's the least impressive of all the toys I've picked up so far. I mean, kids will love him (my daughter does) since even if you don't know who Swifty he, he's still clearly a unicorn. And unicorns are huge right now. Seriously, unicorns are all the rage. Let's see how She-Ra's favorite unicorn fares after the break... 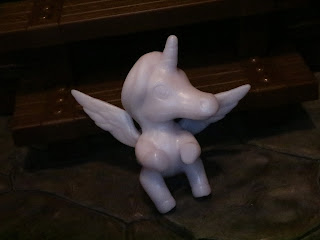 Accessories: None (Straw not included!) 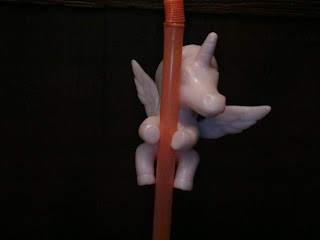 * Swift Wind definitely is pretty cute. He's simply molded in white plastic with a few recognizable features. Technically, he's not a unicorn but an alicorn: A combination of a unicorn and a Pegasus winged horse. And that's your lesson on mythical ponies for the day. You're welcome! 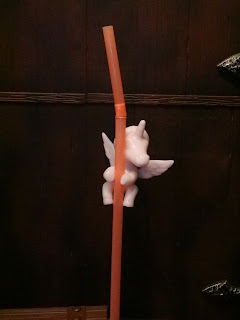 * Like Imp, Swift Wind is designed to hold onto a straw. It's a cool feature and definitely something designed to appeal to kids. I'm sure there's a cool way to display these in a collection as well, though I haven't discovered it yet. He's not in scale with any other She-Ra stuff (well, maybe the M.U.S.C.L.E. figures?) so he'll probably just end up displayed with random other MOTU and POP items. 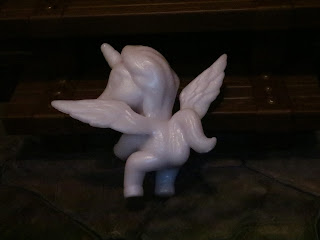 * With no paint applications as all, Swift Wind looks very generic. I wish he'd gotten at least some color on his wings and mane. 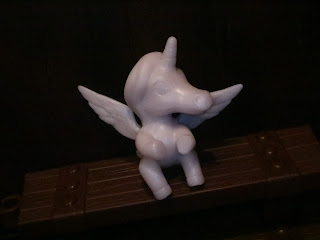 There's nothing inherently "wrong" with this Swift Wind Straw Buddy, but he's just not very exciting to me as a MOTU fan. He's not very recognizable and feels more like a generic unicorn/ alicorn than Swift Wind. He's still a cute little miniature, and I'm sure kids who end up with him will adore having him chill out on their beverages, but MOTU collectors probably won't be terribly excited. I'm giving him an Eh rating. He's an inexpensive MOTU curiosity, but nothing more.


If you're looking for more toys of Swift Wind/ Spirit, check out my review of Battle Armor She-Ra and Swift Wind from Mattel's She-Ra and the Princesses of Power.

For more reviews from the Sonic She-Ra and the Princesses of Power kids meals check out the following:
Hordak
Imp Straw Buddy
She-Ra
She-Ra: Gold Edition
Posted by Barbecue17 at 3/24/2020