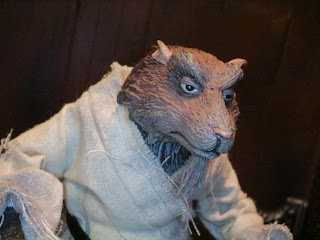 For years the Teenage Mutant Ninja Turtles master license was held by Playmates and anyone else making TMNT product was severely limited as to what they make and where they could sell it. Even when NECA obtained the TMNT license in 2016 they were limited as to how they could offer product, leading to lots of very hard to obtain exclusives. Things have improved over the years as now NECA is able to get their products out to a wider (and now international) audience. Today I'm checking out Splinter, based on the 1990 Teenage Mutant Ninja Turtles film, and he's the final figure from NECA's most recent series of figures that are exclusive to GameStop (I technically didn't review both variations of the Foot Soldier, but the figures themselves are exactly the same). The distribution has been quite good on these thus far, so hats off to both NECA and GameStop. Like the Shredder and the Foot Soldier, Splinter was also part of the SDCC 2019 exclusive set "The Capture of Splinter." While there are a few display pieces and accessories missing, the GameStop releases do deliver all of the figures to collectors in a more budget friendly offering. Splinter is a key TMNT character and the movie version is absolutely one of the most lovable incarnations of the turtles' sensei (though I really love the 2012 and IDW versions, too). Let's check out Splinter after the break... 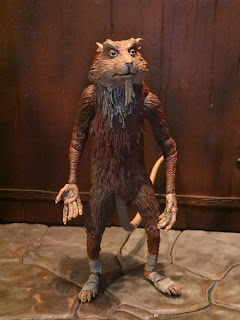 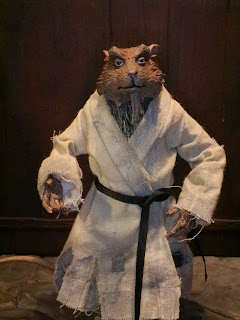 * Splinter is another hit for NECA in this line. He looks eerily realistic thanks in part due to excellent sculpting and the very realistic soft goods robe. The figure really has a very ethereal quality to it that reminds me of Splinter's almost ghostly appearance at the end of the film when he confronts the Shredder on the rooftop. His full body is sculpted under the robe and everything looks amazing. (If you want a true "Spirit of Splinter" figure then NECA did release one as a Loot Crate exclusive). 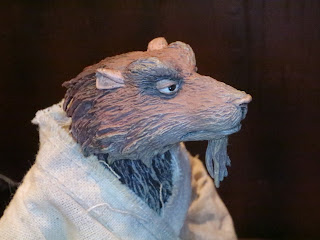 * For me, when I see a great sculpt I can almost hear the character's voice in my head. That's what happens when I look at Splinter. It's tough to capture a character who is furry perfectly in toy form (just ask Chewbacca) but the likeness here is really, really good. I love the eyes, the beard, and the serene expression on Master Splinter's face. I also like the missing ear. It's such a great little detail that adds so much to the character's likeness. 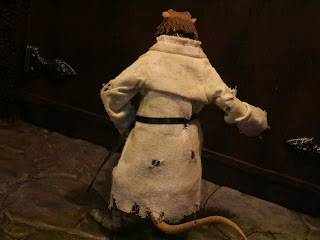 * I mentioned Splinter's fabric robe above but I'll reiterate again here that it's very, very good. Seriously, the material, the design, and the way it fits the figure is exceptional. It's very tattered and worn, but that's fitting for the character. NECA doesn't often use soft goods on their 7 inch scaled figures (they save that for the Mego styled figures) but it works here oh so well. 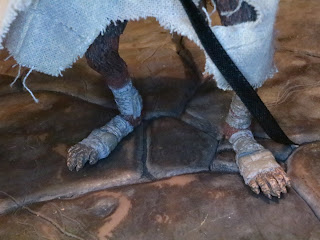 * I still think the Jim Henson designed costumes and puppets from the 1990 film are way more convincing than the majority of the CGI characters to have shown up in the 30 years since and NECA's figures really pay homage to the craftsmanship exhibited in the film. Even little details such as the design of Splinter's leg and feet are convincingly captured. 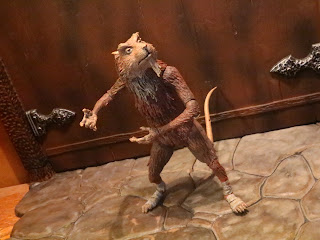 * While his arms are very slender, Splinter feels quite durable and well made. Just be gentle with his joints at first in case anything is stuck. I didn't have any problems getting him into some incredible and emotive poses. If you take off his robe, you can also pretend that he's your pet rat who mimics your martial arts moves. He's a scaled action figure and a prop replica in one! 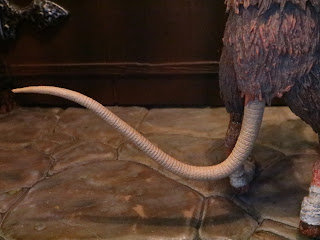 * Splinter's tail is traditionally articulated at the base and bendable throughout. That's a cool feature that helps with posing and aids in balancing the figure. * Splinter doesn't include the shackles that the SDCC set came with but he does come with a few accessories that set didn't include. Fist up is a slice of pizza. The Turtles themselves includes these, so it is a reused accessory, but does it really ever hurt to have more pizza? 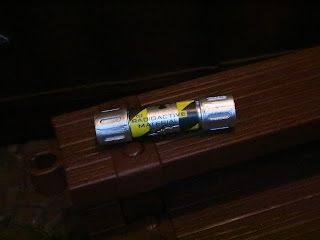 * The second accessory is the TCRI can. This was included in the SDCC 2018 boxed set of the turtles themselves, but I never got that set so this is an extra nice inclusion. One end of the tube is removable (there's nothing inside) and there's even a crack on the side. Who doesn't love a family heirloom? 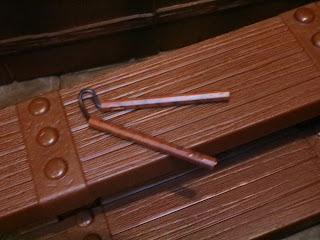 * The last accessory that Splinter comes with is the pair of Michelangelo's nunchaku which Splinter uses during his rooftop confrontation with Shredder. The nunchaku are plastic but the cord connecting them is a wire, perfect for posing them. 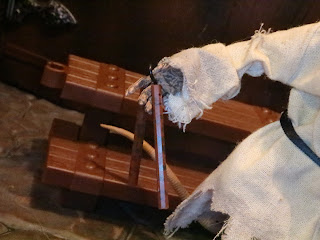 * While the other figures in the line come with alternate hands, Splinter does not. This is quite unfortunate because it means that he really can only hold the canister of ooze well. I'm kind of surprised we didn't get any extra hands here, as NECA usually doesn't overlook those details. 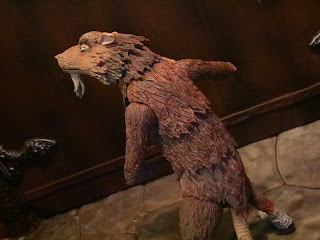 * When I took off Splinter's robe for the pictures I noticed that the fur on his body feels a little tacky. I don't know if it was an issue with the paint (it still looks perfect) or some kind of odd reaction between the plastic and the robe but the figure just had an odd feel to him. Weird, huh? 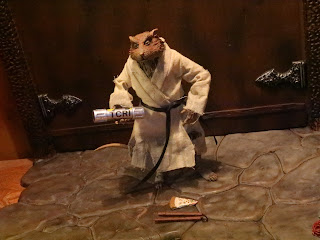 Master Splinter is definitely an impressive figure. His robe is excellent and his sculpt is top notch, making for a fantastic looking figure. I really wish he had some alternate hands, though, as not being able to hold his accessories really is kind of frustrating. Thus far, I believe Splinter is the only figure in the line to not share parts with another character (there is the SDCC release of this figure and the Loot Crate Spirit of Splinter, however) and his uniqueness definitely makes him stand out. He's a Great and a 1/2 figure and a worthy addition to this collection.