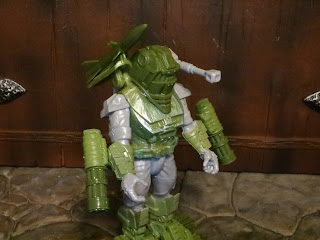 Just last week I stumbled upon the six most recent Final Faction accessory sets which augment the series 1 figures with new weapons and equipment. These are some of the most ambitious accessory packs yet and I'm excited to see how they turn out. First up let's take a look at the Assault pack for Ruck. Ruck is kind of like a walking tank already (he reminds me of Tank Ellis from Captain Power) and this kit gives him even more firepower and the ability to roll. Pretty nifty stuff! This set reminds me a lot of the Jake Rockwell accessory sets from Centurions, one of my favorite childhood toylines. Grab a Ruck, grab an Assault set, and make this mobile tank guy for $2.50. Let's check this one out after the break... 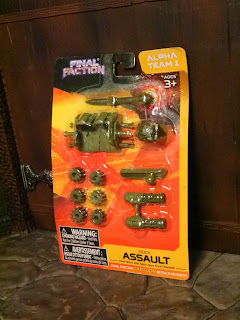 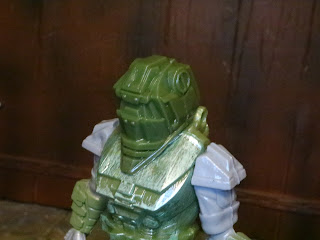 * First up is a helmet for Ruck which the packaging calls the Hardhat. It's a heavily armored helmet that hopefully dampens sound, too, since Ruck usually has a cannon and now a missile launcher just inches from his ears. The packaging shows a visor but the toy doesn't have one. Presumably he sees what's going on via screens inside of the helmet or something, kind of like Iron Man. 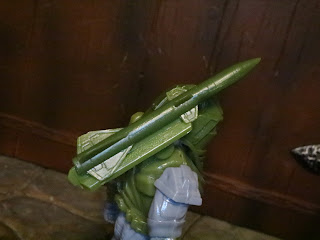 * The Angry Hornet is a shoulder mounted S.A.M. launcher that attaches to the mount on Ruck's right shoulder. The launcher can pivot up and down a bit to get the weapon in position. The pieces from this set are a bit rubberier than the accessories from the previous series but they still feel durable. Maybe that's because this set has so many pieces that attach to or fit over the figure? 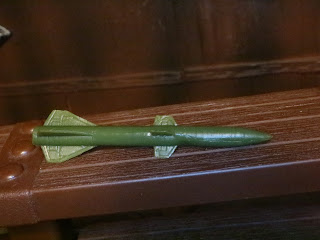 * The missile is removable so you can actually use it to pretend to take down flying Kharn forces. 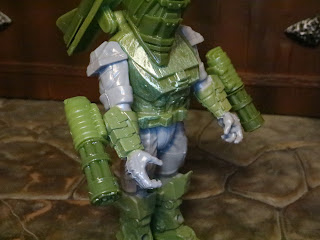 * The cannons on Ruck's arms are called the Arms of Aries. They're forearm mounted miniguns "capable of firing 4,000 rounds per minute." That's some serious firepower. The cannons plug into the forearm parts on Ruck and the barrels rotate, which is kind of fun. 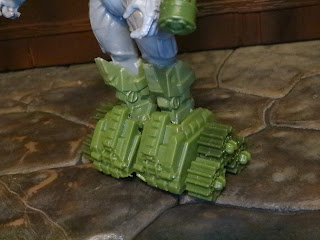 * Last up are the Rovers, treads that Ruck can wear like books and which give him the ability to roll into combat. They look pretty neat and the six removable gears on them do roll and rotate. It's not a perfect design but it's fun and I definitely dig it. 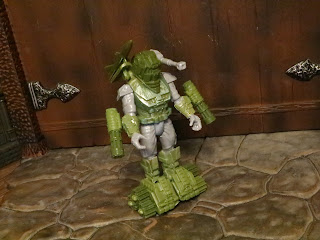 This is a really Great accessory set. I love how it really improves Ruck's overall appearance and just makes him an even cooler figure than he was before. I've heard some complaints about this series of accessory sets but, so far, I'm pleased with this one. It's a Great accessory pack and well worth snagging if you own Ruck. There's quite a lot of Final Faction product on shelves right now and it seems like most figures and packs are still fairly easy to find (the new stuff is definitely coming, so just keep looking). We haven't heard about anything after this that I'm aware of, but Final Faction stuff does tend to just slip out and surprise us.


If you're a fan of Ruck I've also reviewed the basic Ruck figure.