Action Figure Review: Stinkor from Masterverse/ Masters of the Universe: Revelation by Mattel 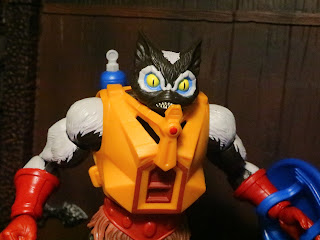 Today I'm checking out the last figure from series 3 of Mattel's Masterverse/ Masters of the Universe: Revelation line and it's Stinkor, the Evil Master of Odors! I love Stinkor and while he didn't play a massive part in Revelation his appearance in the second episode was pretty impressive and memorable. It was enough to get Stinkor a slot in this line, too. This is a very traditional, very classic looking Stinkor with just a few embellishments inspired by his appearance in the 200x series/ Staction line. This is really an amazing Stinkor figure and even those fans who didn't enjoy MOTU: Revelation ought to give him a look: If you're not wanting to pay over $100 bucks for the excellent Masters of the Universe Classics Stinkor this guy might make a nice consolation prize. Let's take a look at Stinkor after the break... 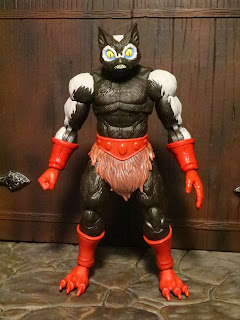 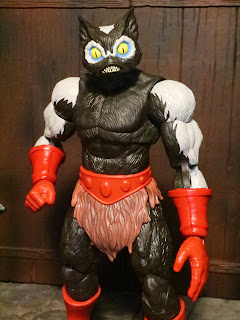 * Other than his trunks Stinkor seems to have a completely unique body. Who would have thought? He really looks furry all over with some fantastic and bright white stripes down his arms. His boots and gloves are a very nice shade of crimson while his trunks even have a drybrushed effect to bring out the detail. I'm not sure Stinkor has ever looked better in action figure form! 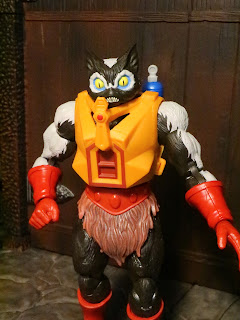 * Stinkor's armor is one removable piece made from a somewhat pliable plastic. It looks very much like the classic armor (which was reused from Mekaneck, who didn't make an appearance in Revelation) and has a fantastic sculpt and design. It really completes the look for this smelly guy. I should note that he isn't scented at all just FYI. 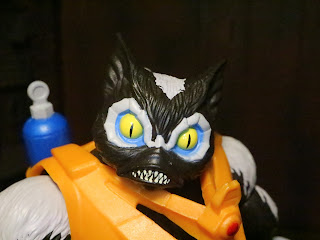 * This is an amazing Stinkor portrait. The vintage toy used Mer-Man's head but this version has a completely unique portrait. Those eyes! That evil grimace! He looks fantastic! 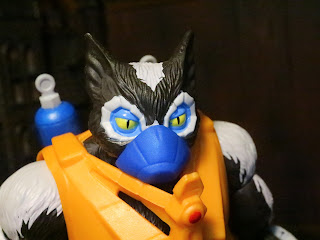 * But wait! There's more! Stinkor comes with a second portrait that looks quite a bit more mellow with smaller eyes and a gas mask over his face. This is another element from the 200x series (it also appeared on the MOTUC figure) and it's a cool extra. How bad does Stinkor have to smell to wear a gas mask? * The gas mask is even removable. It clips onto Stinkor's mouth via a small tab that fits into his mouth and stays on quite securely. 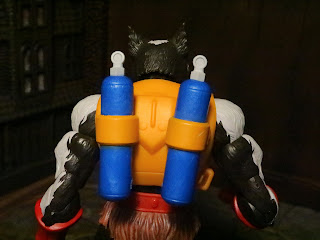 * Stinkor also has the tanks on his back. Are they tanks for his breathing mask or tanks of his foul smelling odor? Maybe he stores up his stank in these tanks for use in battle. That's disgusting! 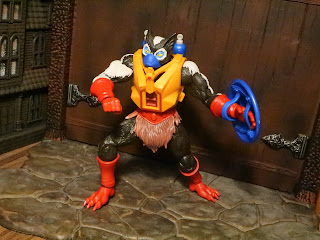 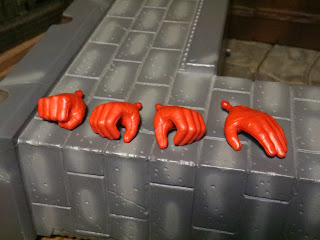 * Stinkor comes with four hands that you can swap around. He's got a right fist, two standard grips, and a left hand opened up for using his shield or delivering a good slap. 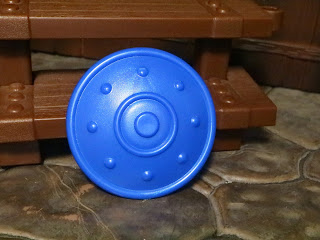 * Stinkor has always included a blue shield. It's an odd weapon for the guy but it's here and it looks great. It's a nice dark blue with a simple pattern on it. 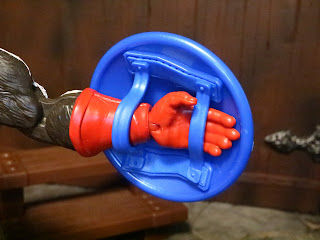 * Even better is that it fits over his hand and wrist really well. The loops are excellent and really keep this in place nicely. There's some great design on this line and the accessories. 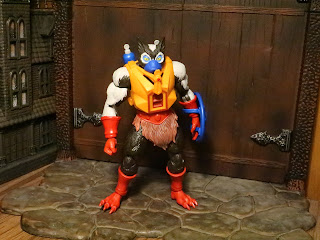 I'm as surprised as you that Stinkor is one of my favorite figures in this line. He just turned out really, really well with lots of fun little extras that give him lots of display options and play value. Yeah, he doesn't stink (Mattel honestly should have put a disclaimer at the bottom that said "Stank not included") but he does everything else right. I really hope Mattel has big plans for Masterverse in 2022. It's been a great line, one of the best of the year, and a line that feels like it could be a worthy successor to MOTUC. Stinkor is an Epic figure and is my favorite figure of series 3. Heck, he might be my favorite figure in the line to date.