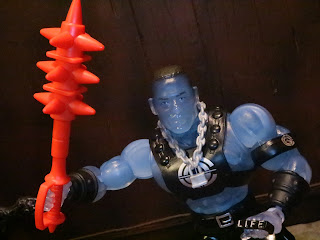 Guess what? It's time to start checking out series 2 of Mattel's Masters of the WWE Universe toyline! These have been showing up at Walmart for a month or so but, let's be honest, almost no one is going out and hunting them down right now. Some kind soul from a Masters of the Universe Facebook page I'm on picked these up for me, so now I've got something new to play with and you've got some new review to read! Nice, huh? The first figure I'm checking out is Faker John Cena, the Evil Robot of the Skull King! While the Masters of the WWE Universe figures have definitely given  WWE Superstars the gimmicks of various MOTU characters, Faker John Cena is the first figure to actually have a MOTU name. Is this Faker as John Cena or John Cena as Faker? In the story (set in WWEternia) Faker John Cena is an evil robotic version of the heroic John Cena created by the Skull King Triple H. Let's check out this cool, translucent Faker John Cena after the break and see if his time is truly now... 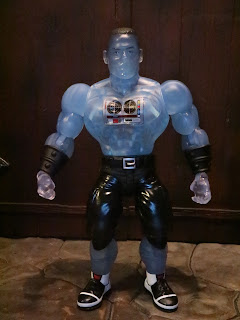 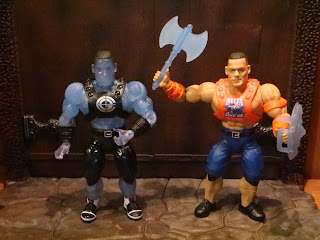 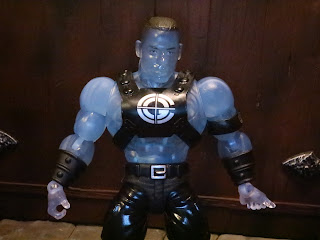 * Faker John Cena has the same harness as the regular figure, though now it is molded in black with a silver logo of some sort. He's also got black armored bracers instead of sweat bands, a removable black shoulder band, and... oh, yeah, he's blue! Translucent blue! I love the look of this guy. He looks really cool and definitely has a very unusual appearance. I've always envisioned Faker as a mixture of science and magic and that seems to be exactly what Mattel is going for with Faker John Cena. You both can and can't see him! 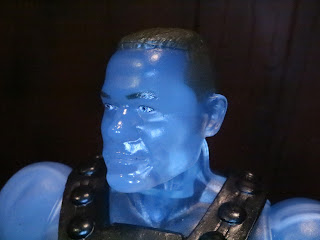 * Faker Cena has the same portrait as the standard figure, though it's hard to tell since it's translucent. I do think Mattel missed an opportunity to give this guy red hair, but otherwise this guy provides a great foil for the standard heroic Cena. 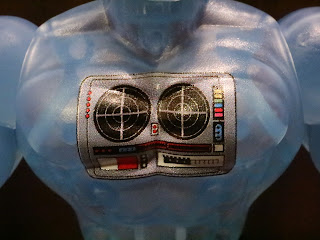 * Underneath his chest harness Faker Cena has a tampographic stamp that is very similar to the robotic sticker on the vintage Faker's chest. It's fully hidden by his chest armor, so it really is a very cool hidden surprise. 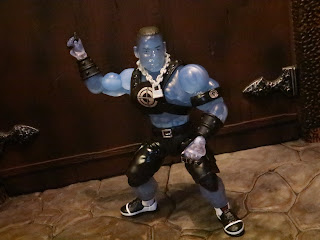 * Just like the previously released figures, Faker Cena has quite solid articulation. These figures can move quite well and they are good quality figures that kids can legitimately play with and have a ton of fun with. They also feel really, really durable. 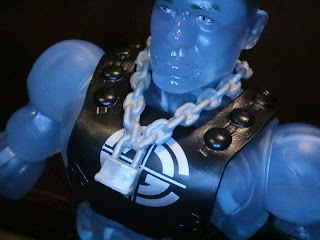 * Faker Cena includes a chain with a padlock on it, just like John Cena wore when he was the Doctor of Thuganomics. It's an interesting choice for the figure but it does give him another accessory. Furthermore, it kind of reminds me of the way Bizarro wore a sign with a chain around his neck, and Faker is rather Bizarro-like, right? 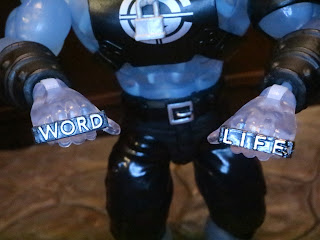 * Faker John Cena also comes with these brass knuckle like gauntlets which say "Word Life." That's a John Cena rap song, if you're not up on your John Cena discography. Check it out! 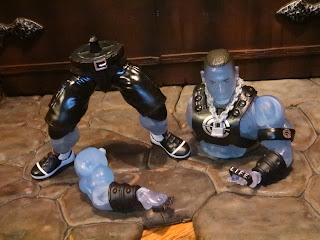 * I don't think I made a big deal of it for series 1 but these figures are actually quite modular. The feet, waist, arms, hands, and head are all easily removable, allowing you to create your own characters. This is a really cool feature and when the Masters of the Universe Origins figures finally hit, I think we're going to have a lot of fun with these. 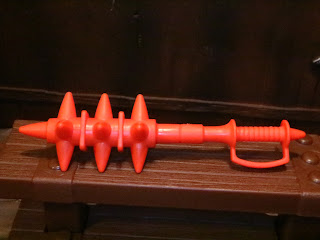 * Interestingly, Faker Cena comes with Spikor's mace (here it's called the Mace of Malice). This is the exact same mold as the MOTUC Spikor mace (which also came with Batros) but it doesn't have any paint highlights on it. It's quite interesting that Mattel is reusing so many MOTUC parts. I presume we'll see more of these in MOTU Origins? 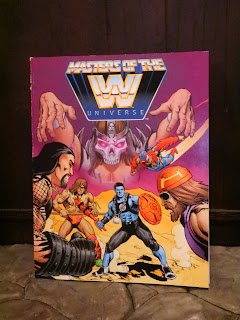 *  Behind each standard MOTWWEU release is a minicomic of sorts. It's only 4 pages (cover, bio, comic, and back page with cross sell art) but it looks cool and does offer some cool information on the role of the characters in WWEternia.The art is really cool in these and they definitely give you some decent information about the characters. I like them. 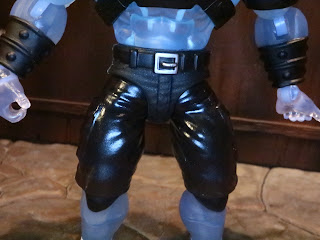 
* The colors of Faker Cena's shorts don't match up. The crotch is a lighter matte black while the legs are shiny and darker. It looks kind of off to me. 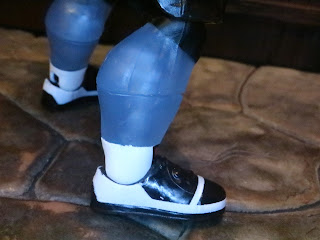 * I still don't like the look of the calve swivel on this figure. It's so odd looking! I wish they would have given him He-Man like boots rather than sneakers. 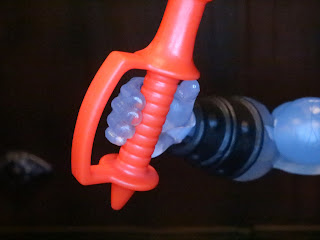 * It works, but it's clear that the handles on these figures were meant for the larger MOTUC line rather than the smaller Masters of the WWE Universe/ Masters of the Universe Origins lines. I do hope MOTUO gets unique accessories that don't require the hands getting stretched out to get accessories in them. 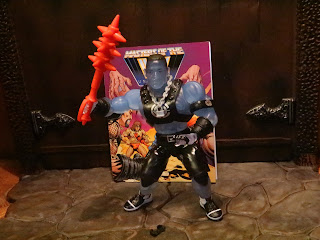 Faker John Cena turned out really well! He's a very fun figure with a bunch of accessories and a really cool gimmick. I love the translucent blue skin mixed with the black armor. This guy is a Great and a 1/2 figure and definitely work tracking down (safely, y'all! Safely!). He's currently listed on Walmart.com, so keep checking back there. They hopefully should start popping up quite soon. Mattel just showed off series 3 of these, too, so check them out. These should nicely augment your MOTU collection, or your WWE collection. Or both, if you collect both.

Are you leaning towards this being Faker? The  check out my other Faker reviews:  The Mondo exclusive Faker, the M.U.S.C.L.E. Faker from the Series 3 Pack C, the Ultimates He-Man (which came with a Filmation Faker head), the Faker figural bag clip, the Mega Construx Faker from the Battle for Eternia Collection and Faker from Battle Bones, the ReAction Faker and Leo Faker, and the VYNL Faker.

If you're leaning towards this being John Cena, then check out the following reviews:  Looking for more Cena? I've reviewed the Elite Series John Cena from Series 40, the Grayskull Mania set with John Cena, and the WWE Mutants John Cena.