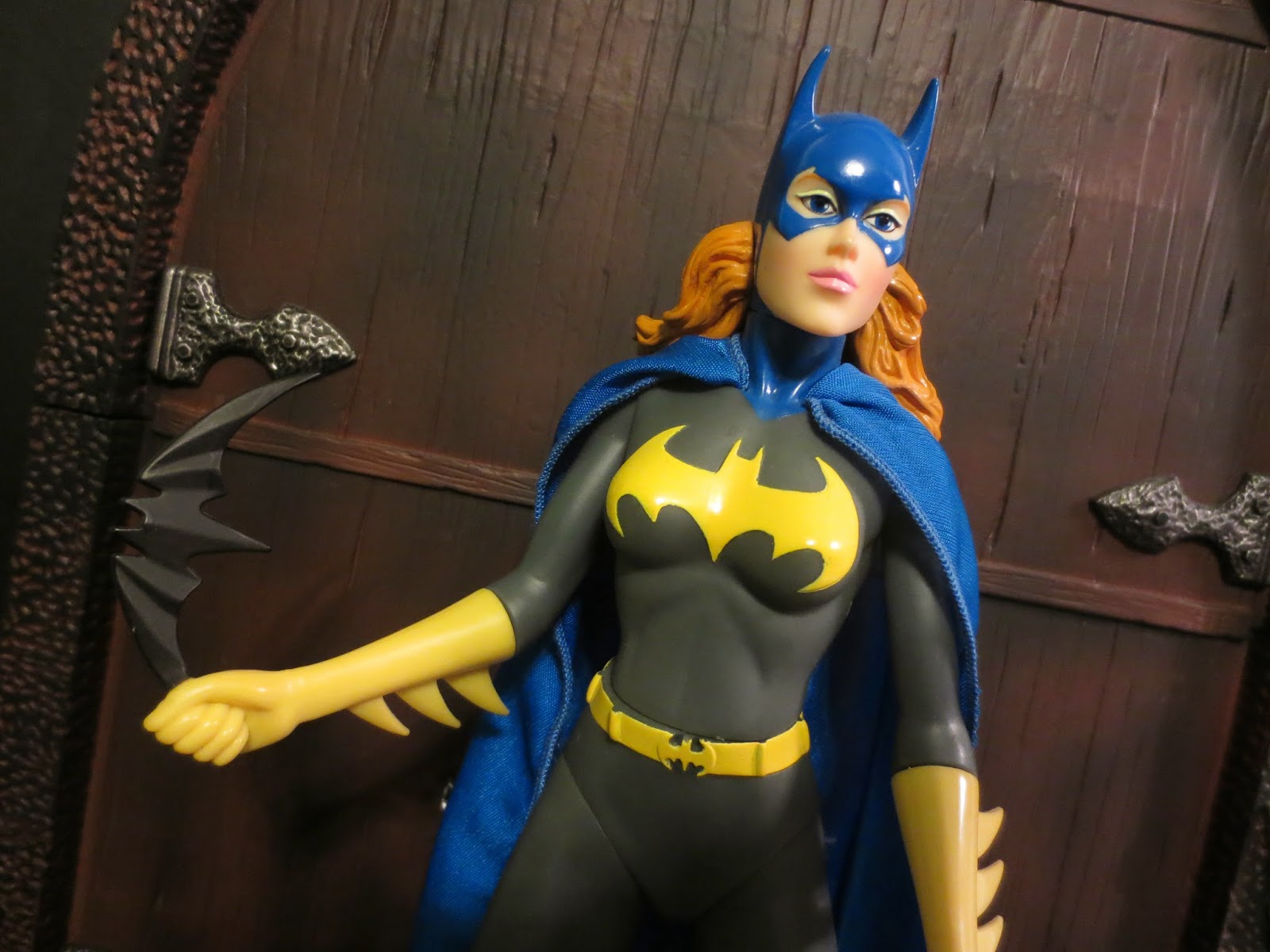 Today I'm looking at a new addition to my Batgirl collection: Batgirl from the Warner Brothers' Store DC Superheroes Collection. Released in 2000 and sold exclusively at the now defunct Warner Brothers store, this is an 11 inch tall articulated Batgirl vinyl figure. I've been aware of this figure for a year or two but I've found it a bit difficult to find one in great shape at a price I wanted to pay. These can be somewhat difficult to find in good shape because they were sold loose with just a cardboard tag, kind of like the vinyl Star Wars figures released by Applause in the mid to late 1990s. In fact, I'm actually curious as to whether or not this was manufactured by the also now defunct Applause, Inc. I know they manufactured toys such as this for many companies, including Warner Brothers. Could this be their work as well? I'll keep looking into this but for now I take solace in the fact that this is a very lovely Batgirl figure that I'm thrilled to have finally added to my collection. Let's take a closer look at the favorite superhero of every sane, intelligent, and rational person out there, shall we? 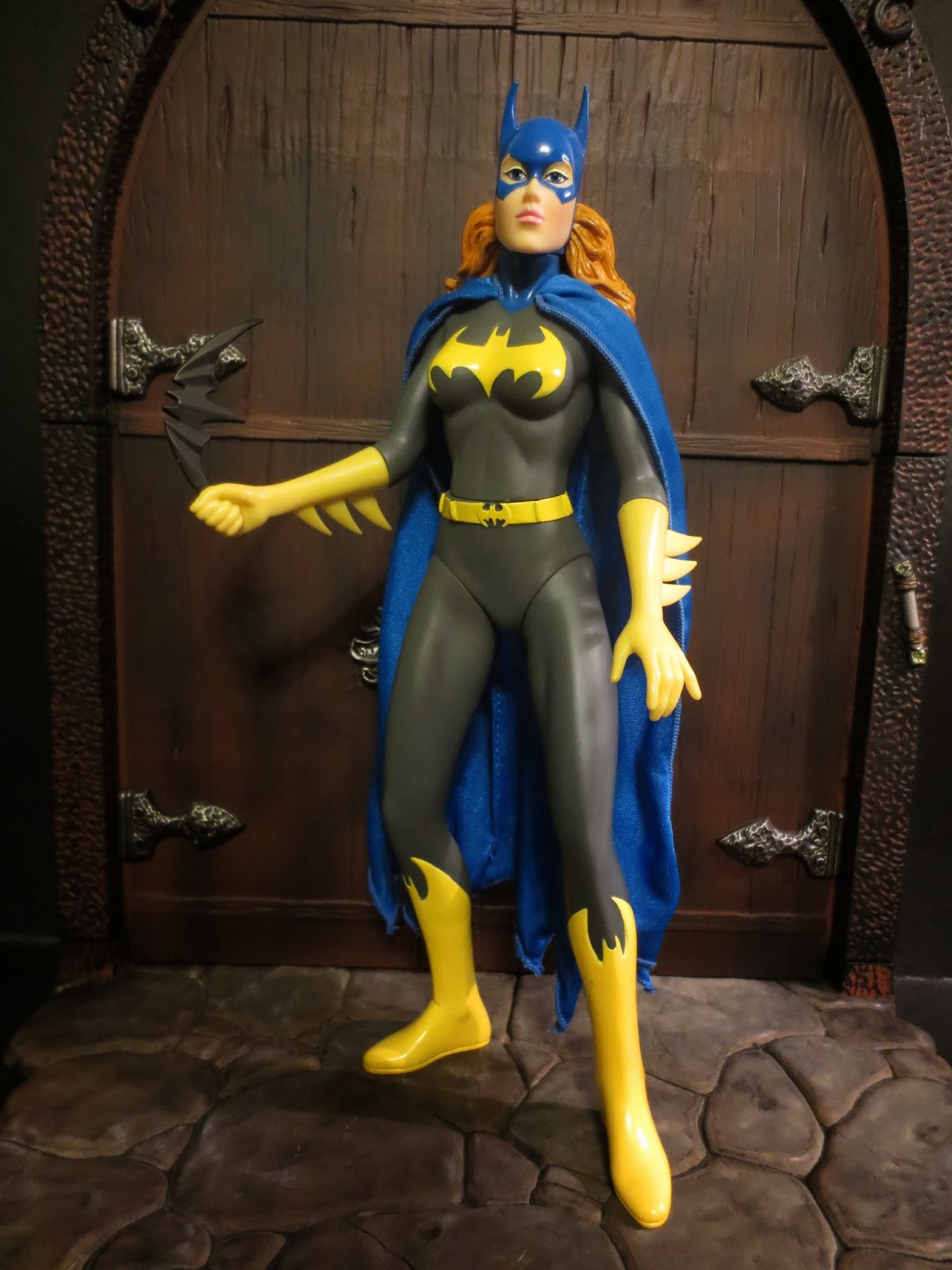 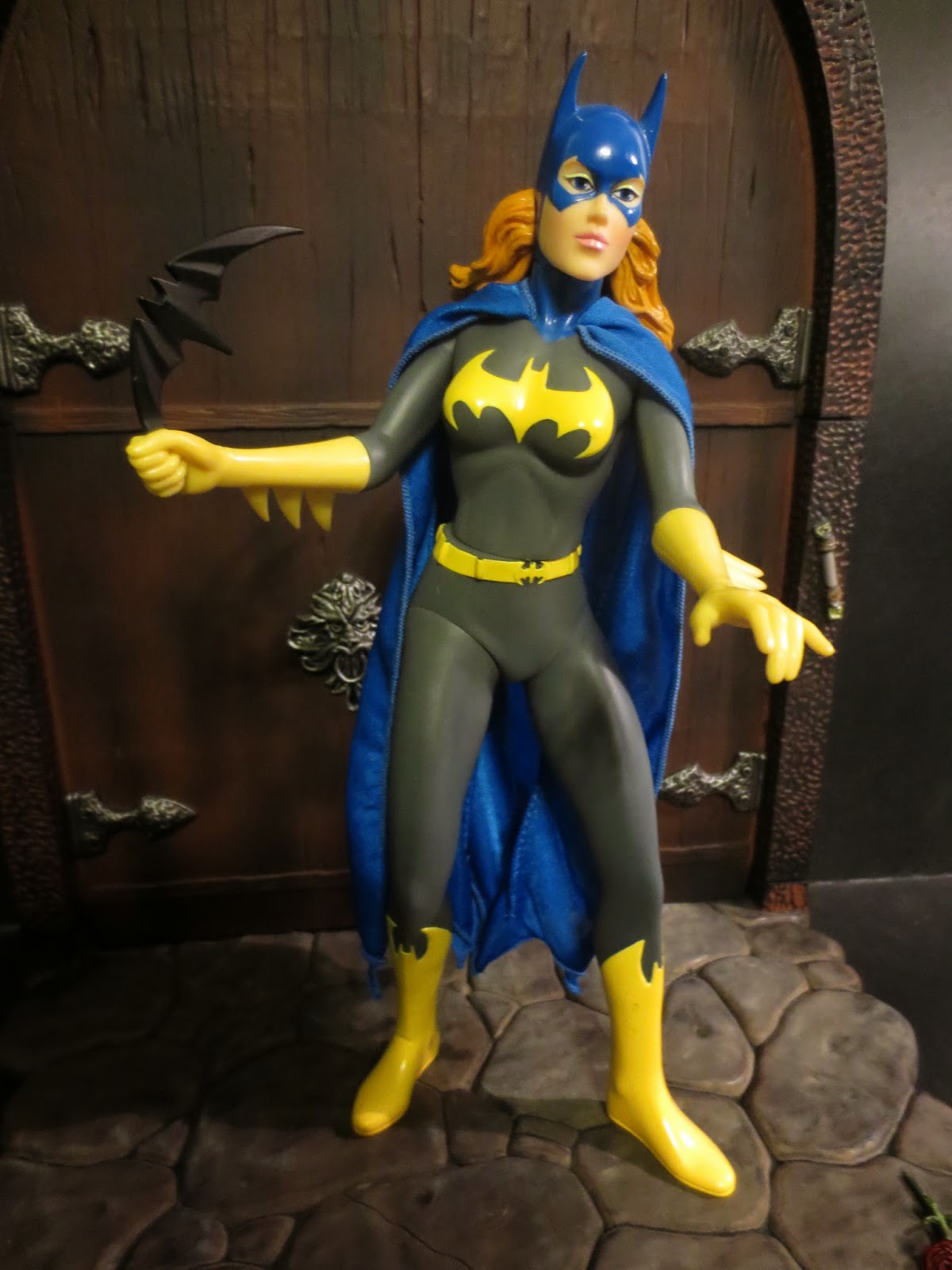 *Overall I just love the scale and style of this figure. It's very eye-catching and perfectly captures the classic blue and gray Batgirl costume that appeared throughout the 1970s and early 1980s. Whenever you see "classic" DC licensing art of Batgirl, this is the costume that generally appears.

*I'll be frank: Just the fact that a product like this has articulation is a pretty sweet deal. This is definitely more akin to a trinket or souvenir than a traditional action figure but, with seven point of articulation, this was on par or above what Hasbro was offering. She can stand great on her own, too. 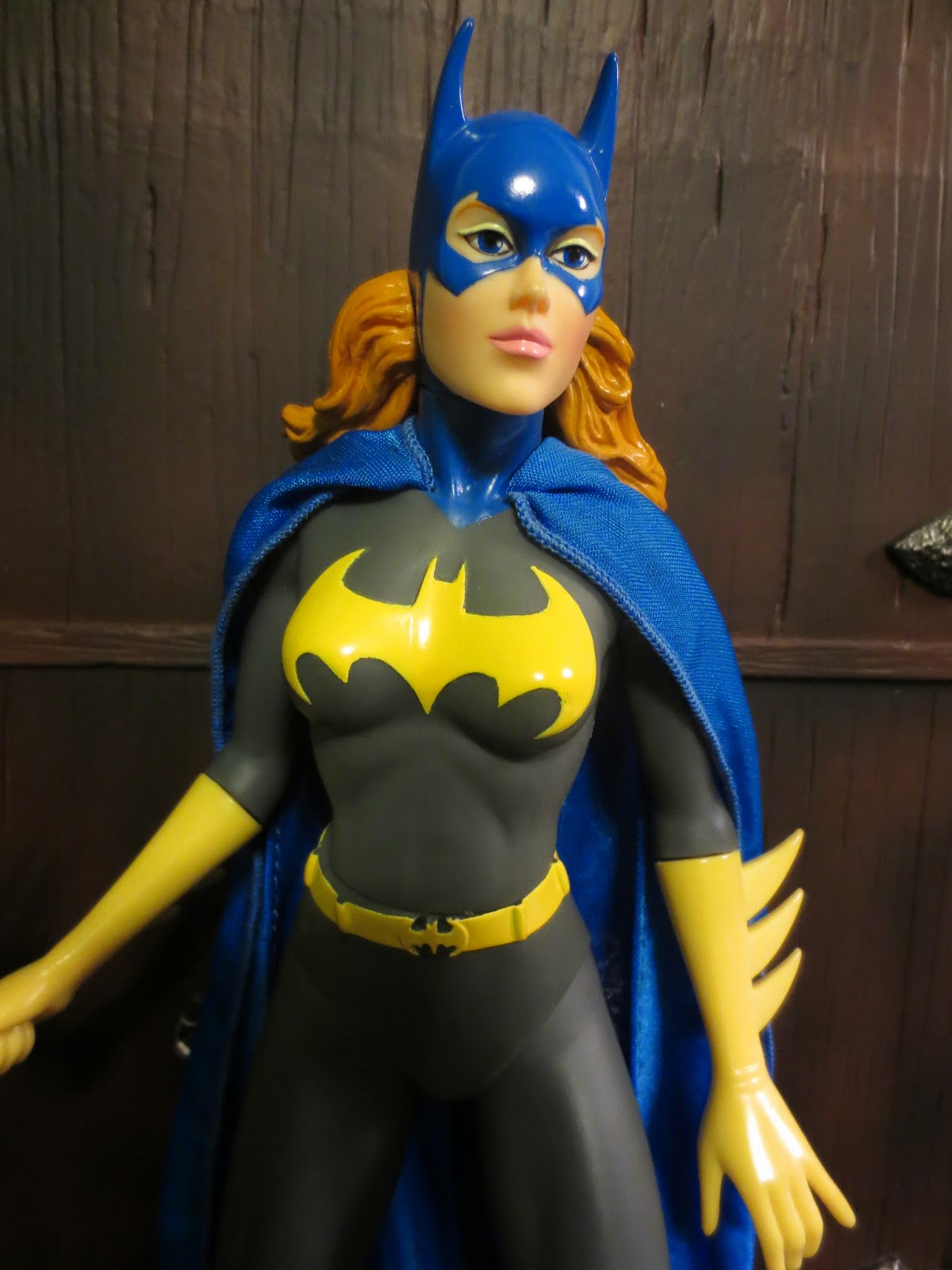 * This is a very lovely sculpt. It's a bit soft but it still manages to capture Babs' beauty and strength. The face sculpt is a bit bland but the raised details on the uniform such as the bat symbol and the tops of her boots are excellent. The batarang is sculpted as part of her right hand but it looks really good. I'm always happy to see Batgirl ready to give the bad guys the what for.

*Overall the paint work is quite clean and neat, particularly on the face. The colors are all right on the mark. 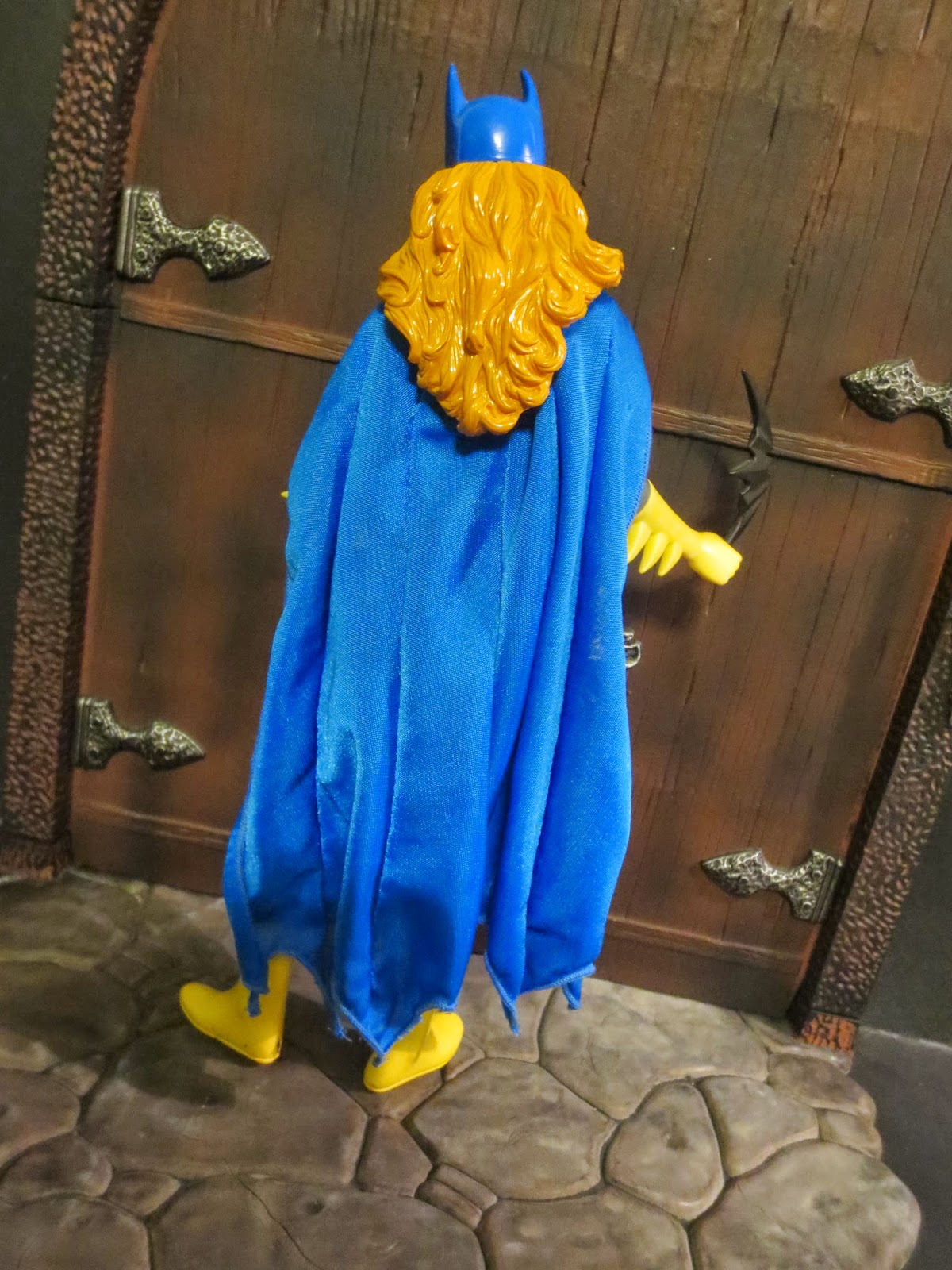 *I love the soft goods cape. It's made from a soft, satin like material that drapes nice and naturally over Batgirl's shoulders. It seems to have held up well over the past 15 years and has some nice, sturdy stitching. 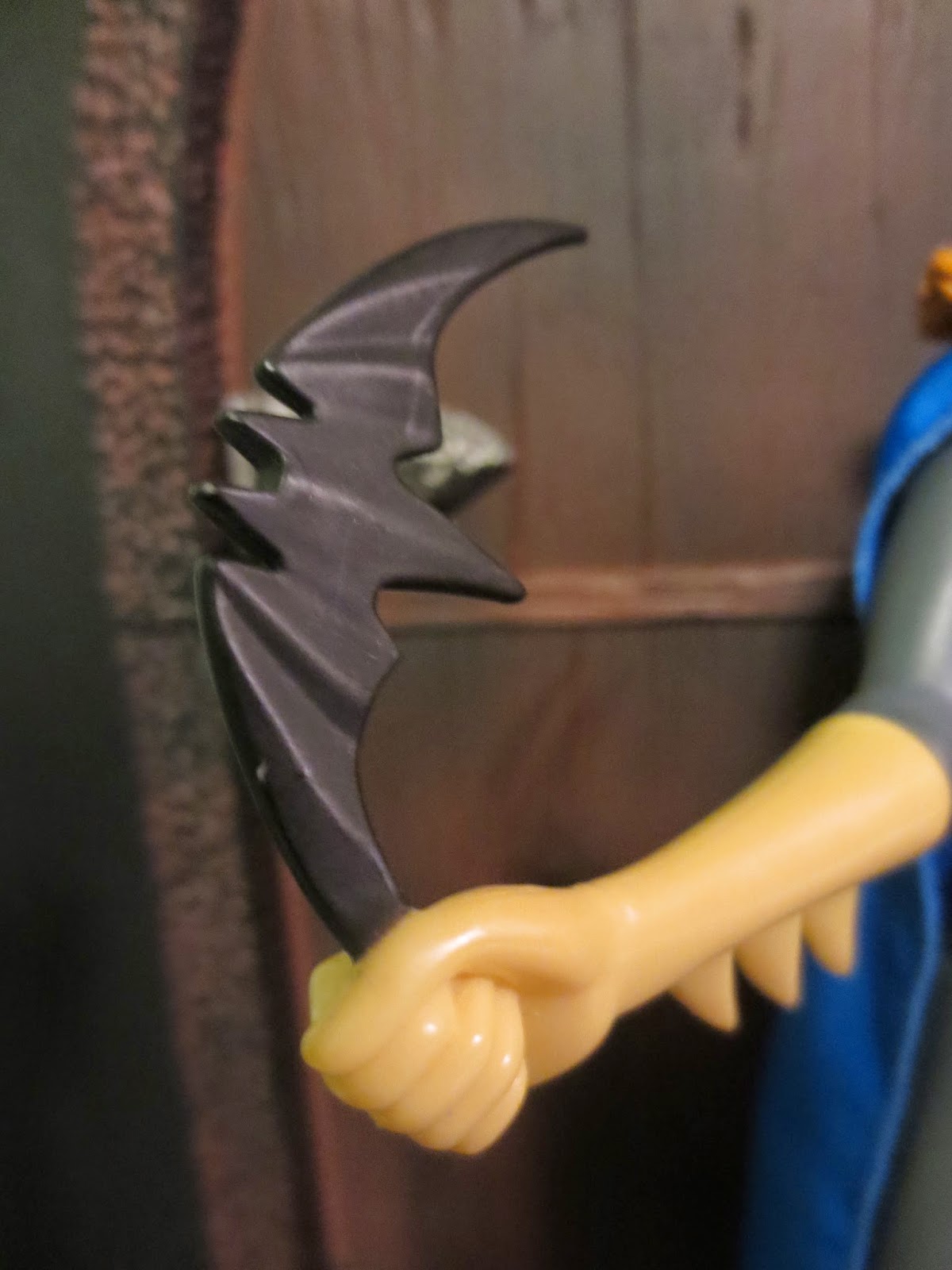 *My only real negative is a problem that many of these figures have: Since they were sold loose with just a cardboard tag, they often are the victim of paint scuffing and some shelf wear. My Batgirl looks pretty good overall but the back of her boots have some scuff marks. These could have come from play or handling by the former owner but they also could have come from the way the figure was originally shipped. Vinyl is pretty durable in some ways but still prone to this sort of marring when shipped loose like this figure was. If you look for one of these, check it over well. 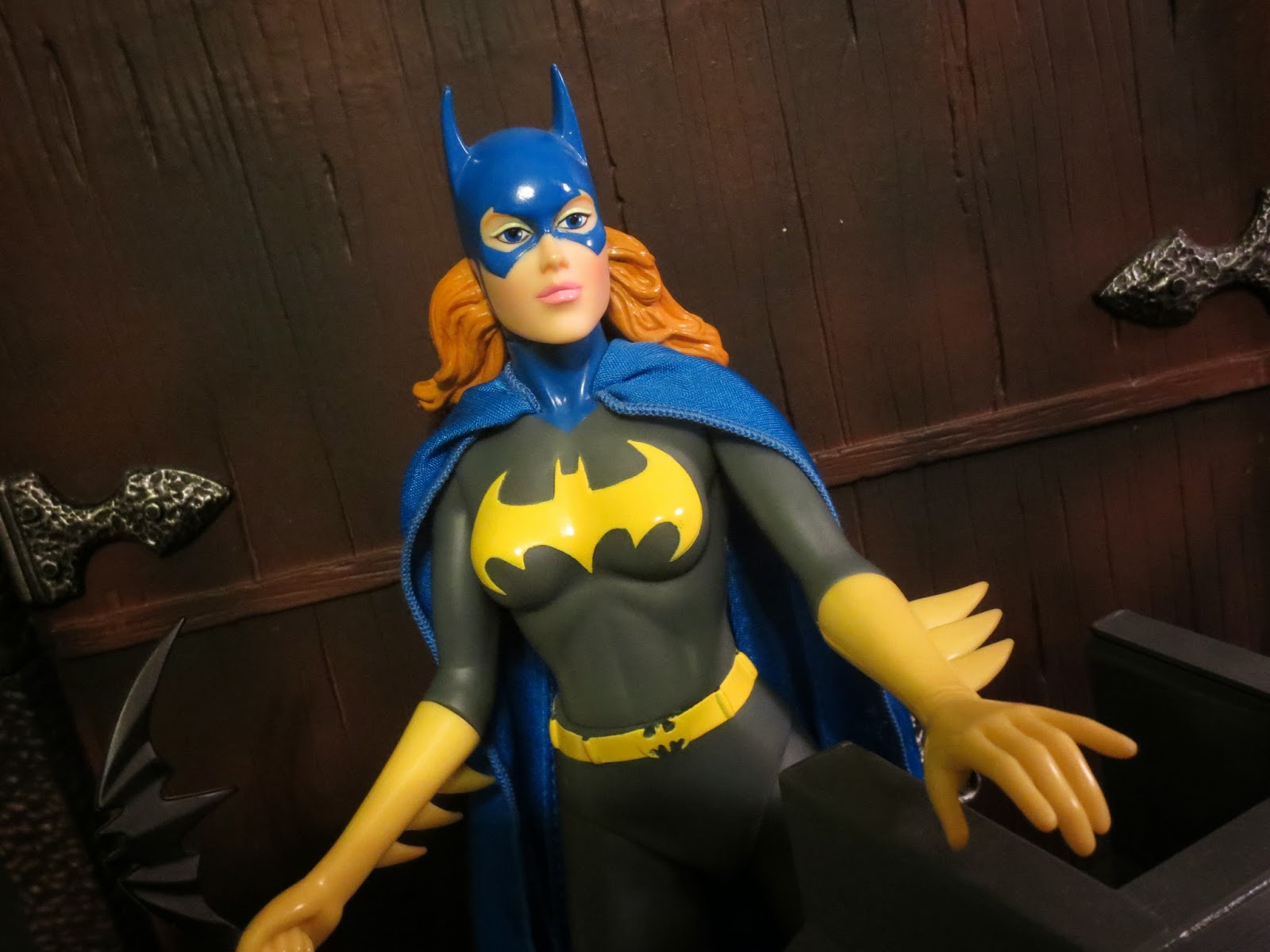 Let's be honest: This is a somewhat obscure two from 2000 and I love Batgirl. You're not going to get a fair and balanced review here nor do you need one. Rather, as a collector of Batgirl memorabilia, you're getting my thoughts on something I've picked up and added to the collection. I'm really digging this piece and I don't care who knows it! This is a great item and is well worth tracking down if you are a Batgirl collector like me. It's fun, colorful, and relatively inexpensive if you wait for the right sale. These days I could care less about shopping malls. Unless a shopping mall has a Disney Store (they sell Star Wars and Marvel stuff), a Hot Topic (they sell Funko products), or a Pyramids cafe (I love gyros), there really isn't anything I care about. Malls used to have some pretty fun stores like the Warner Brothers store, Suncoast, and KB Toys. Now they have Bath & Body works and Aberpostle or some crap like that. I long for the day when I can run in a mall and buy a Batgirl vinyl toy from a store with a statue of Bugs Bunny dressed like the Statue of Liberty outside of it's doors. Anyways, Babs here gets a Great and a 1/2 from me. 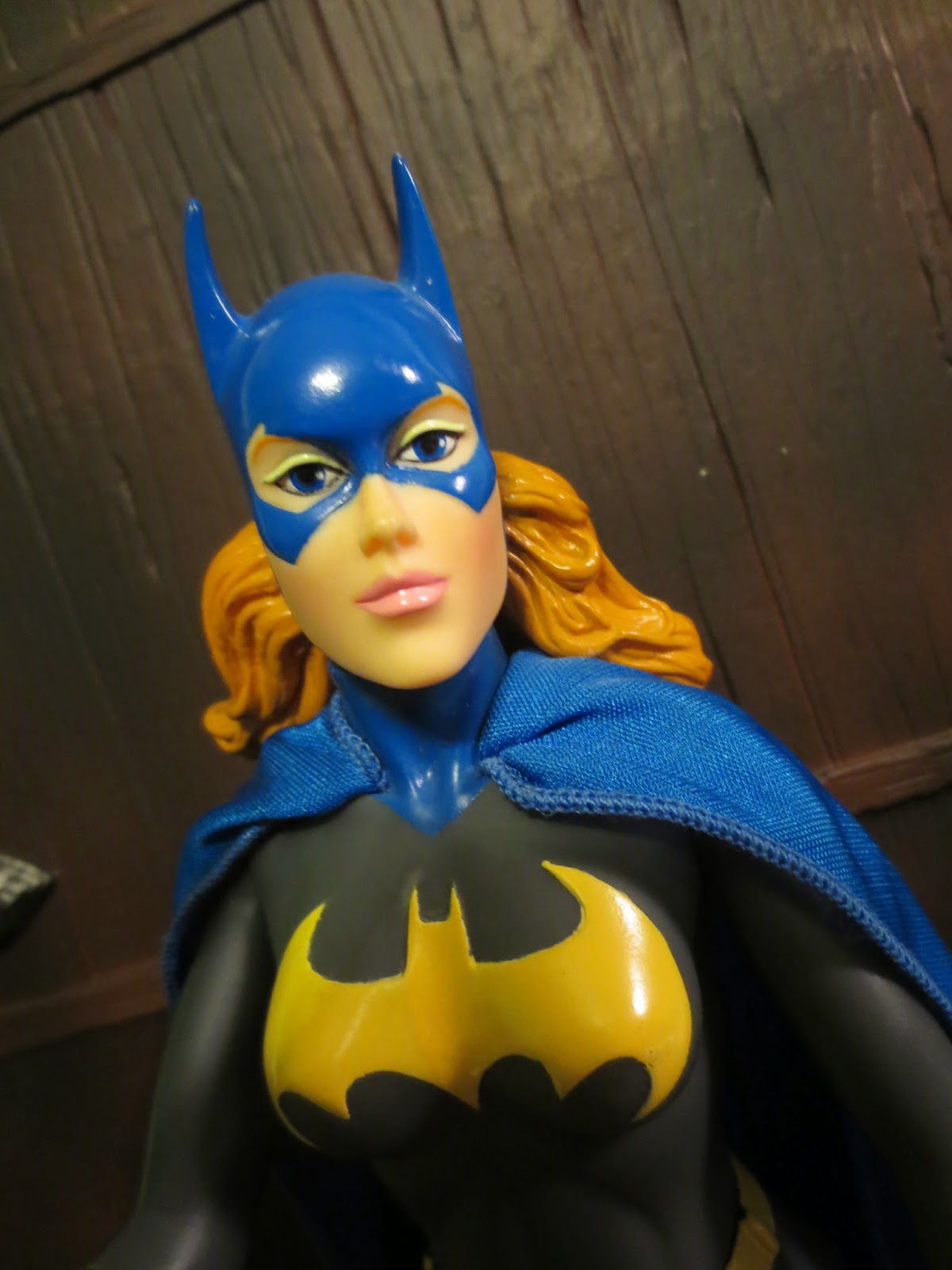 I've reviewed a good number of Batgirl items, including: