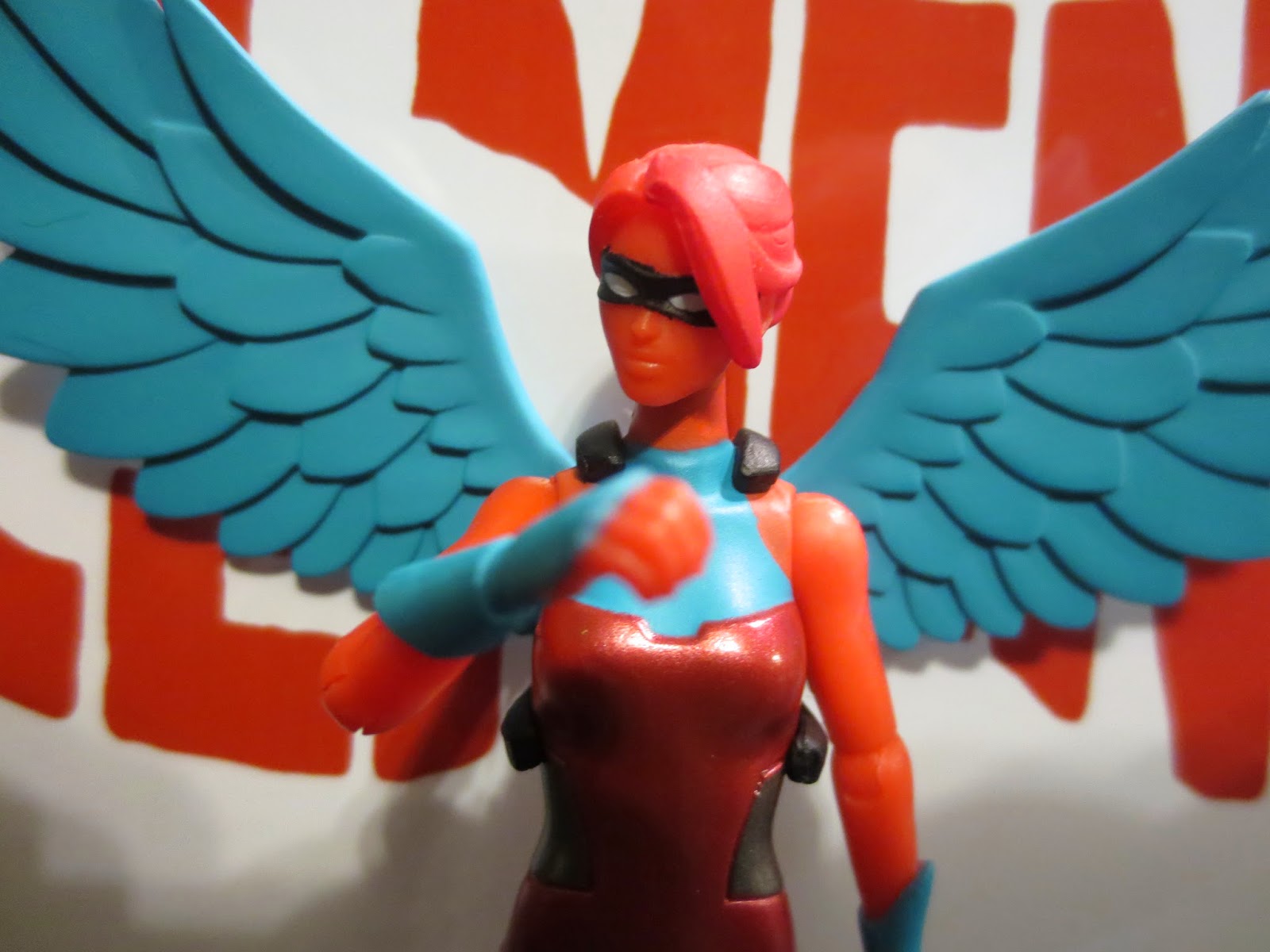 Curious as to what IAmElemental is? Then check out this review where I discuss in detail this cool new line that launched on Kickstarter in early 2014. Each of the seven figures in this series offers up a different design that reflects an element of character and today I'm looking at the Courage Red Honesty figure which was a Kickstarter exclusive for backers. It's a simple repaint of Honesty but it looks really nice. These aren't characters in the traditional sense of the word; they're more character archetypes that give just a little info about the character, leaving kids to fill in the rest of the details with their imagination. Honesty's card says: "Honesty tells the truth. She has the ability to make others tell the truth." Ready for a look at Honesty? Then join me after the break... 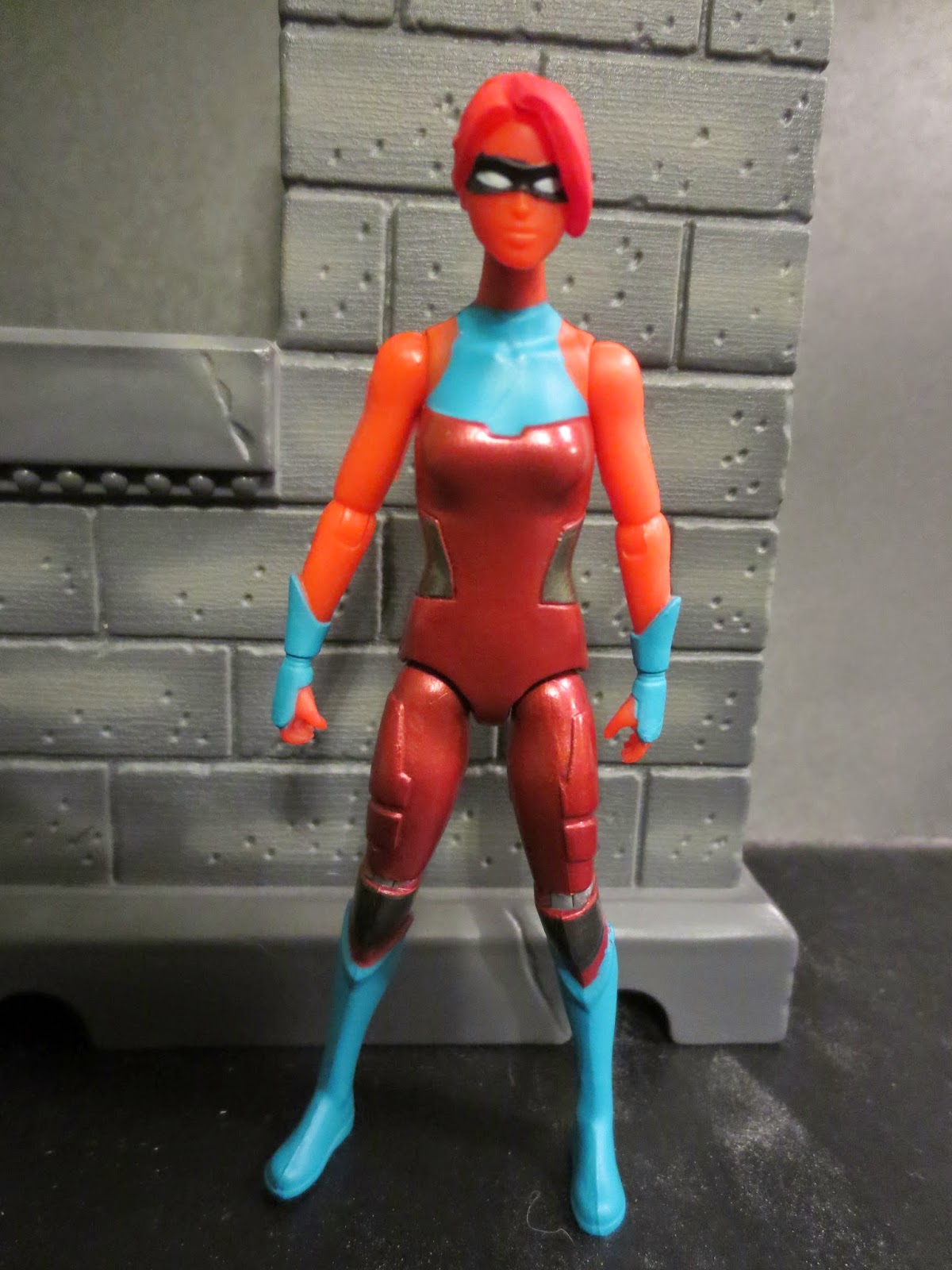 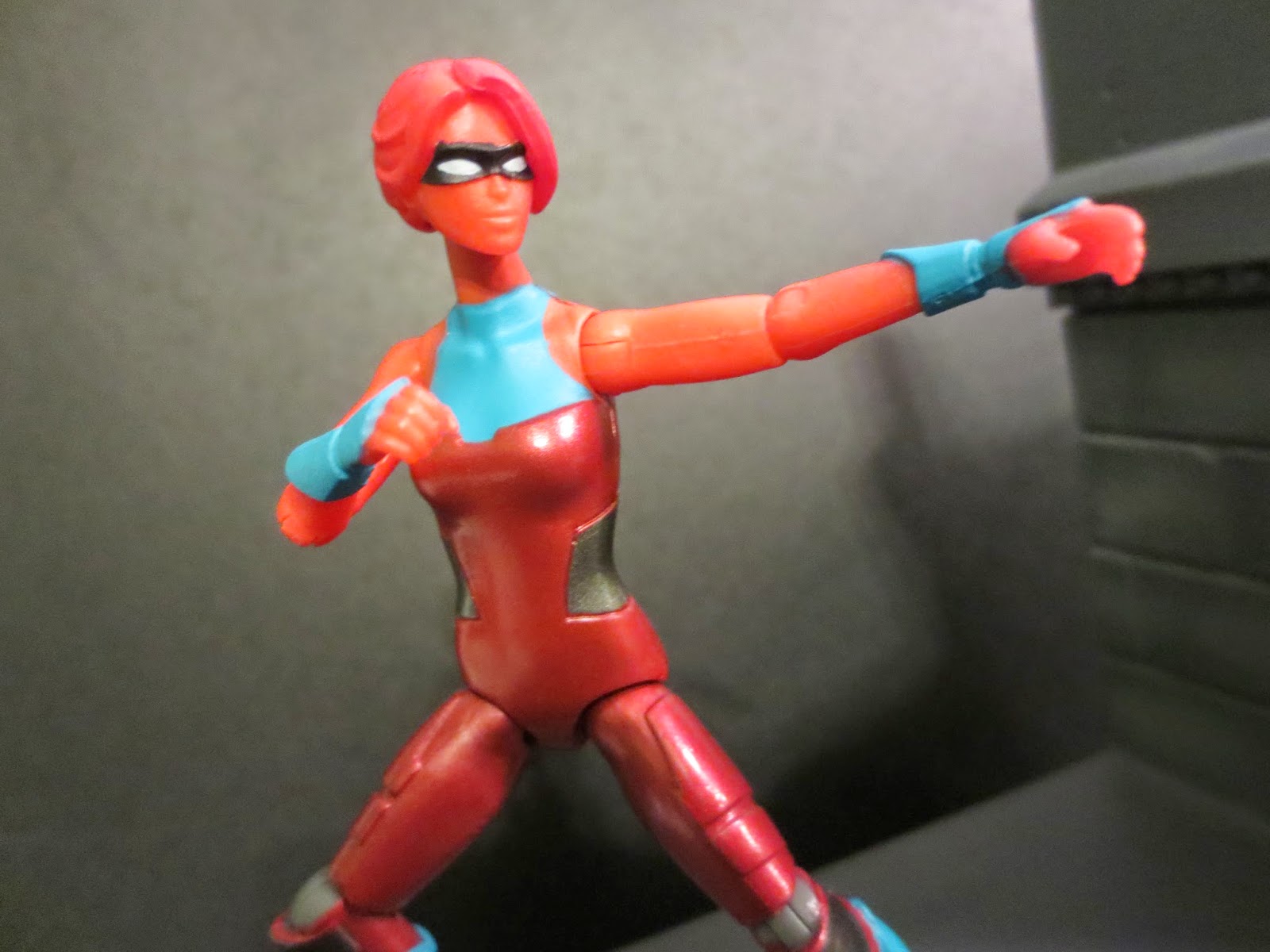 *The articulation and quality control on this figure is just excellent. The joints all feel sturdy and they have an excellent range of motion. You can really have a lot of fun with these figures. I like how Honesty has an open hand and a gripping hand, as it gives more variety for posing and play. 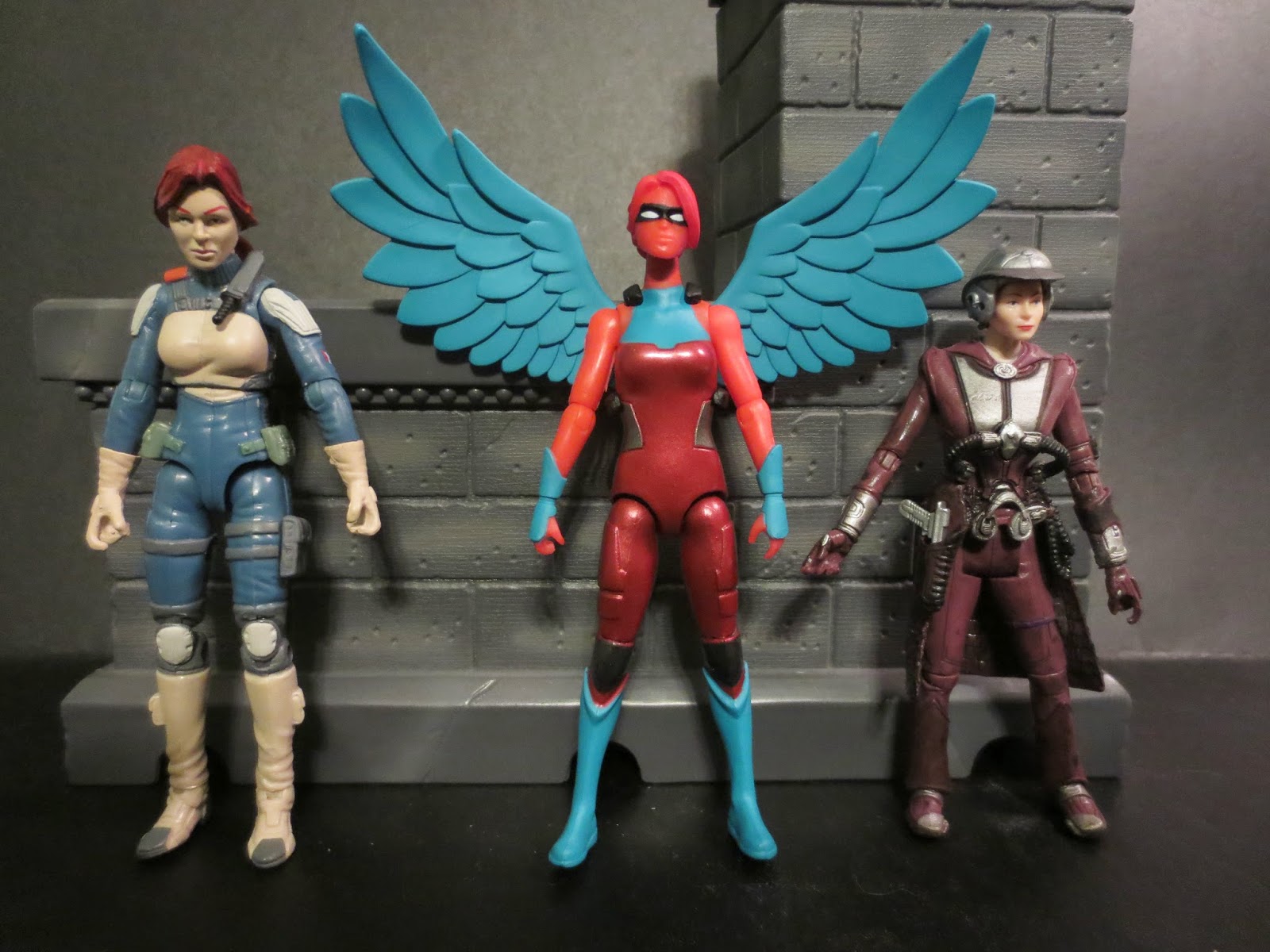 *The sculpting on the figure is quite nice. One of the intentions of this line was to present young girls with action figures that promoted healthy body images and I think they succeeded. Every figure in the first series shares this same body, but it works. The heads are all different, though, and there is some variety in the forearms and legs as well. The costume looks like it's lightly armored and has some nicely sculpted lines to give it some texture. 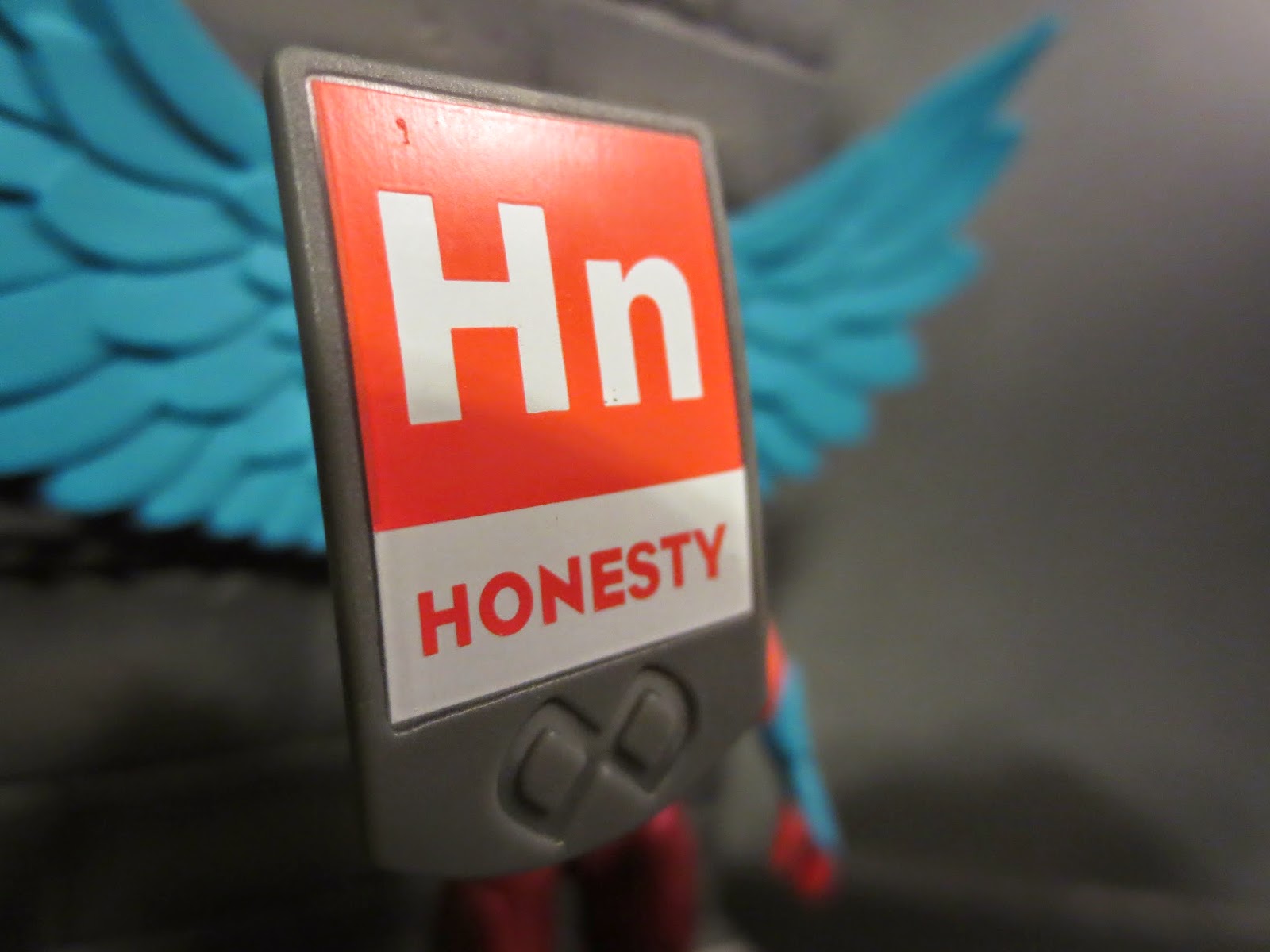 *The paint work is colorful and really stands out. For the first series, Courage, each figure has a different warm reddish skin tone which looks awesome. The paintwork is pretty clean overall and the metallic paint used on the uniform is very nice looking. It reminds me of the color of Iron Man's armor. 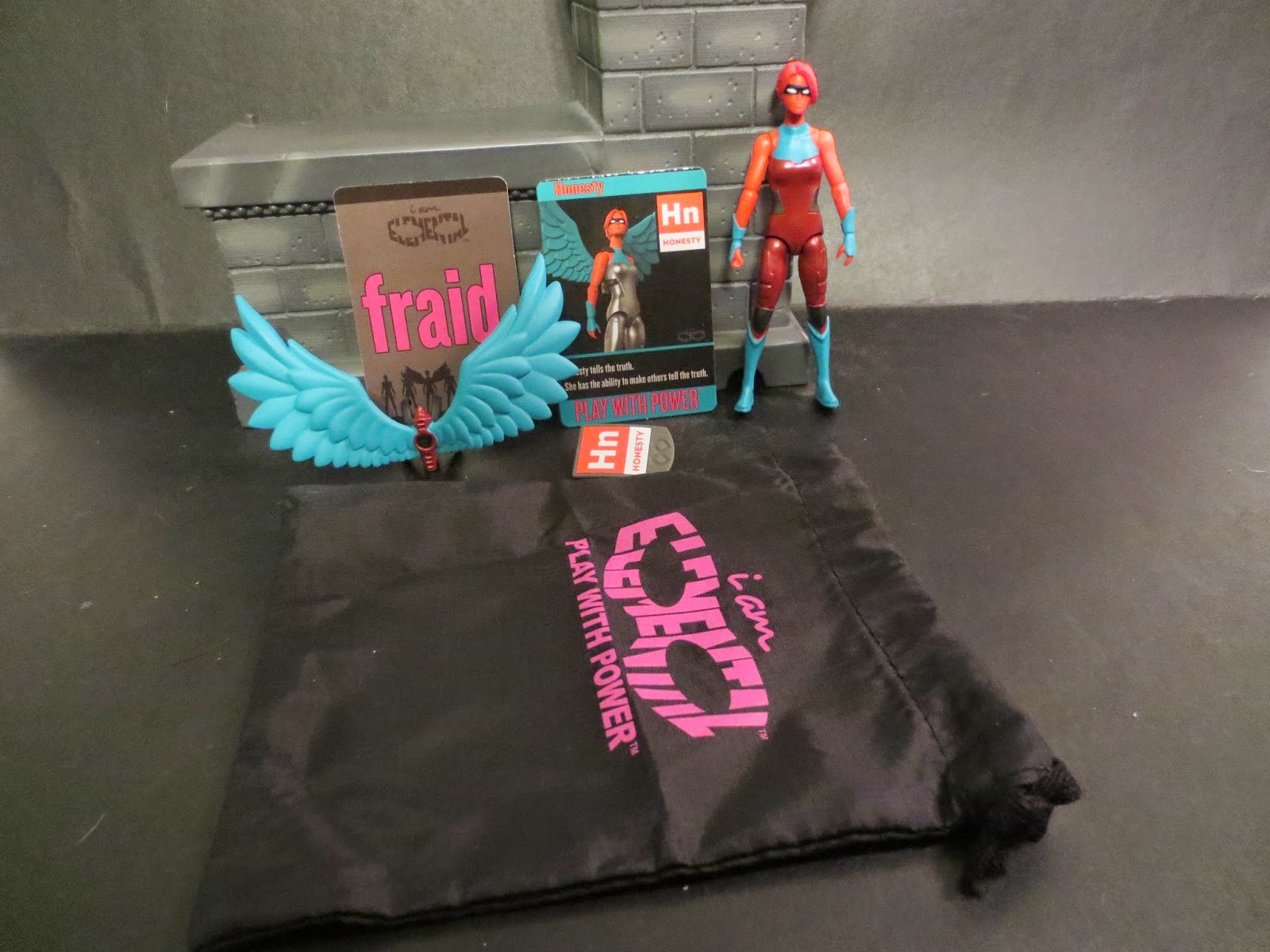 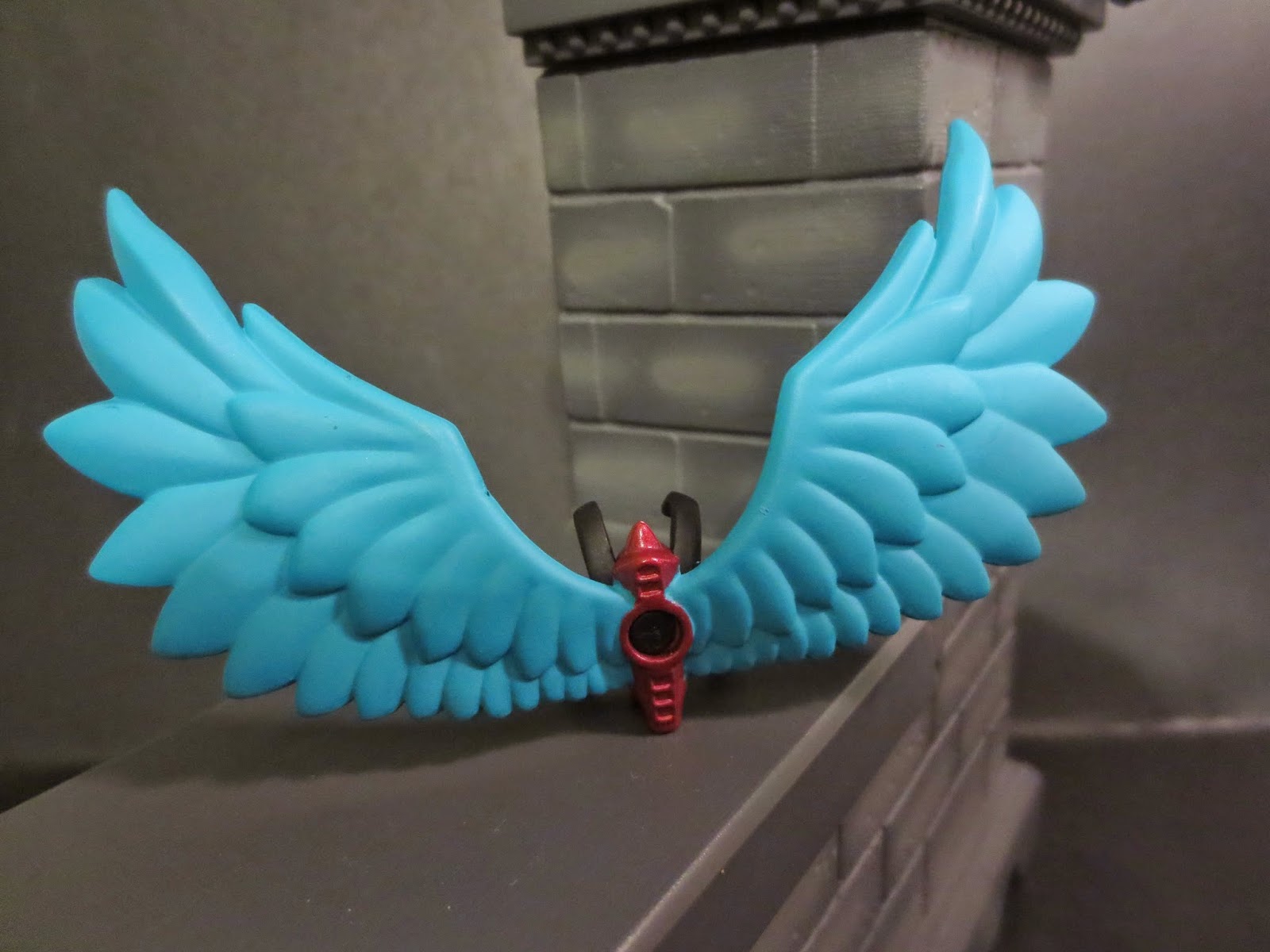 *While they're easy to pose, they are a little tough to stand. I really wish Honesty had some peg holes in her feet. I've actually been using her shield to stand her on the shelf. It doesn't work perfectly, but it's better than nothing. 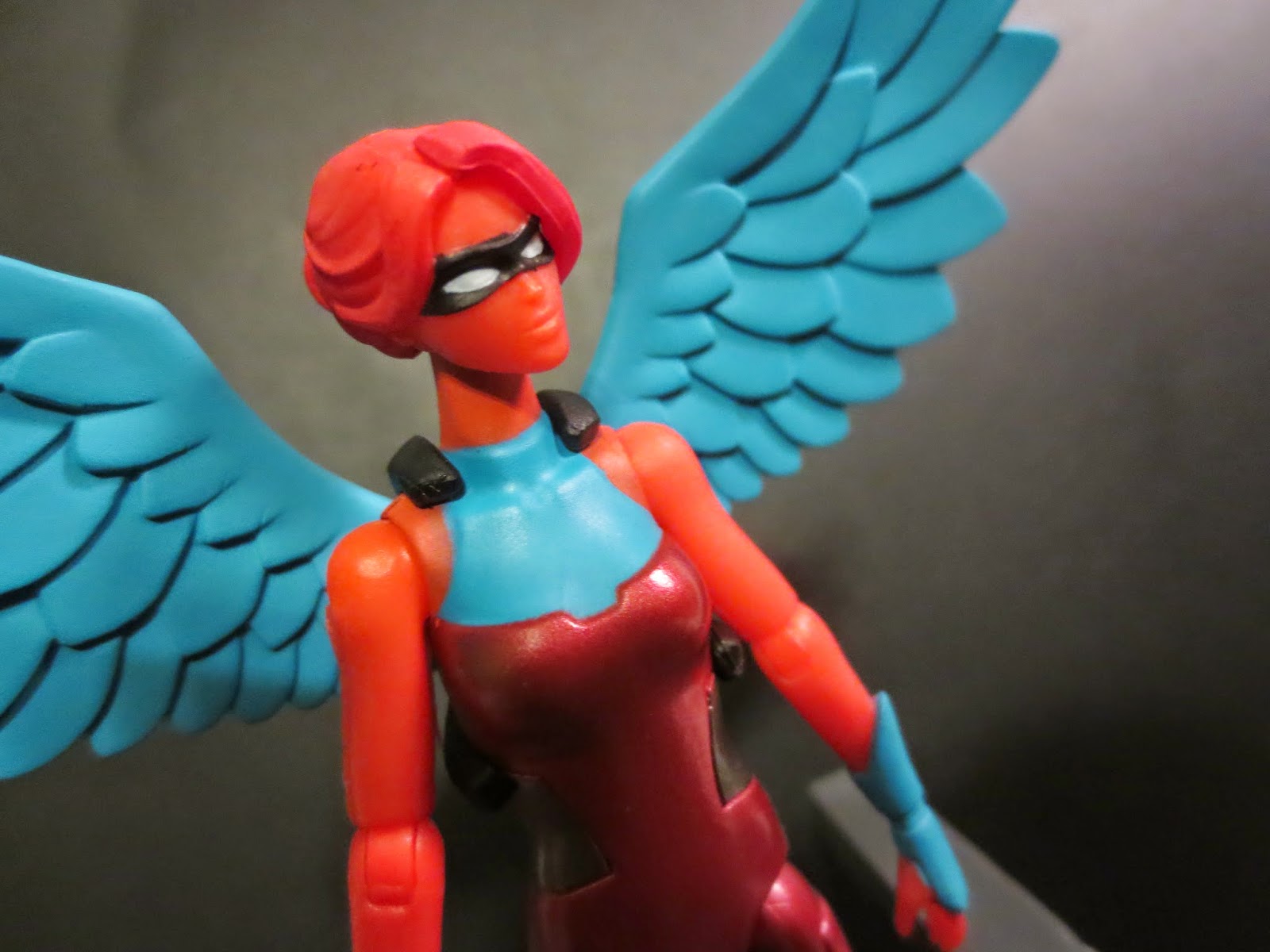 IAmElemental is the first of the big Kickstarter lines from 2014 to make it to consumers and I think I can easily say that Rebel Elements did an excellent job with them. These are darn fine toys that should go well with any 1/18th scale line, particularly superhero lines. Excellent presentation coupled with a solid product makes IAmElemental a standout toyline. I really do hope they find their niche and become successful as it is clear that a lot of love, care, and attention went into making these. Whether kid or collector, there is a lot to love about Honesty. Her cool wings do help her stand out from the pack.I'm easily going to give her a Great. Look into these if you haven't already. You'll be surprised by how cool they are!

Remember, check out my IAmElemental series overview here and their website, IAmElemental. Also, check out some other cool Kickstarter toys I've reviewed: