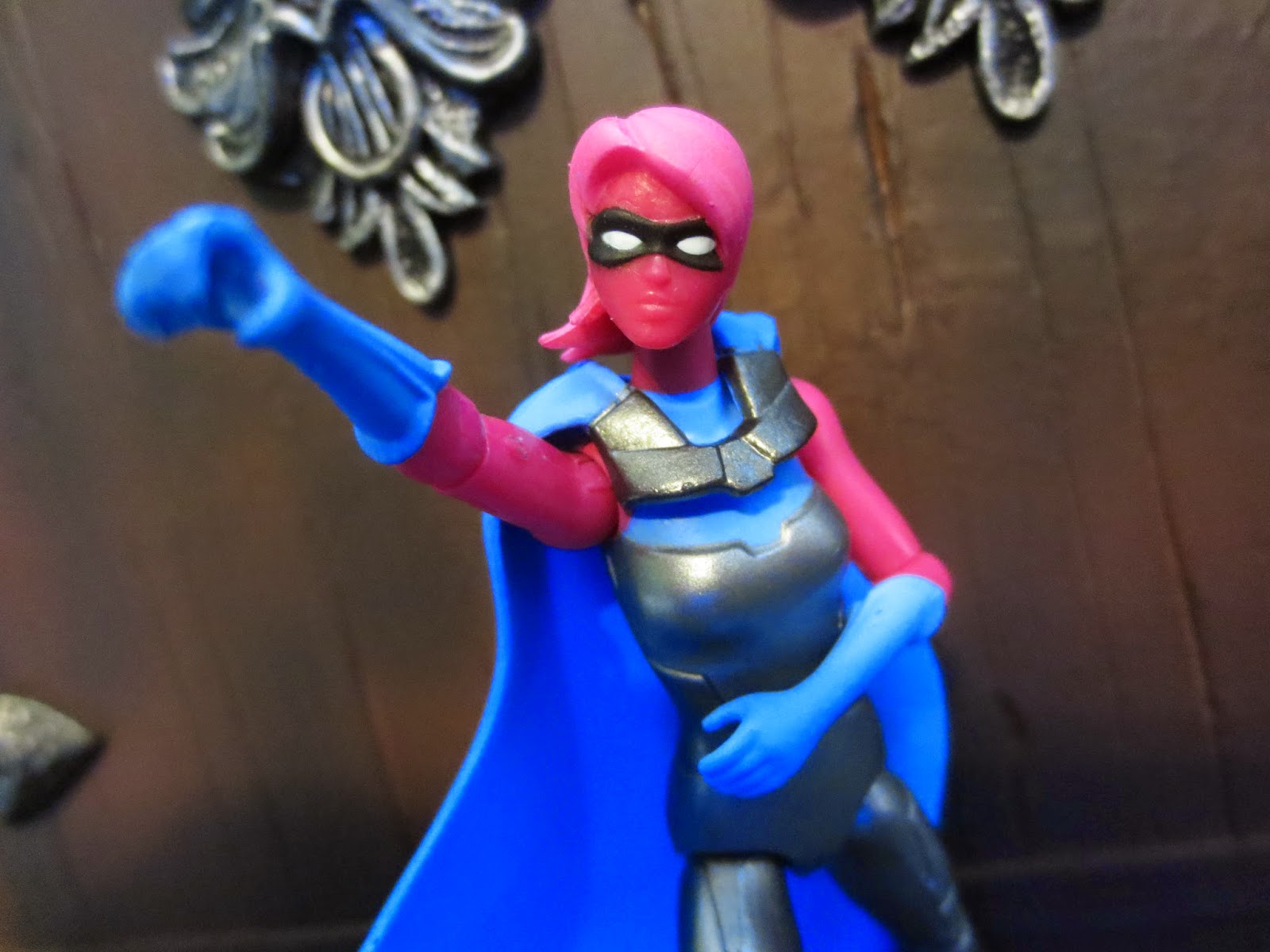 Today I'm looking at Persistence, the sixth figure in the first series of IAmElemental
I've been spending a lot of time reviewing the IAmElemental line but if you're unfamiliar with it, then check out this review where I discuss in detail this cool new line that launched on Kickstarter in early 2014. There is a lot of reuse in these figures, so these last few reviews are a bit more brief (go on and all of them if you want the full scoop). These figures come packaged in blind bagged style bags but they have a checklist on the back with the figure inside marked (with a marker, actually) so you know who you're getting. I'm not sure if these will be marked this way at retail, but it certainly seems like a good idea. Persistence's bio card says: "Persistence finishes what she starts and persists in spite of obstacles. She has the ability to push through any obstacle with super strength." Ready to keep on keeping on with Persistence? Then join me after the break... 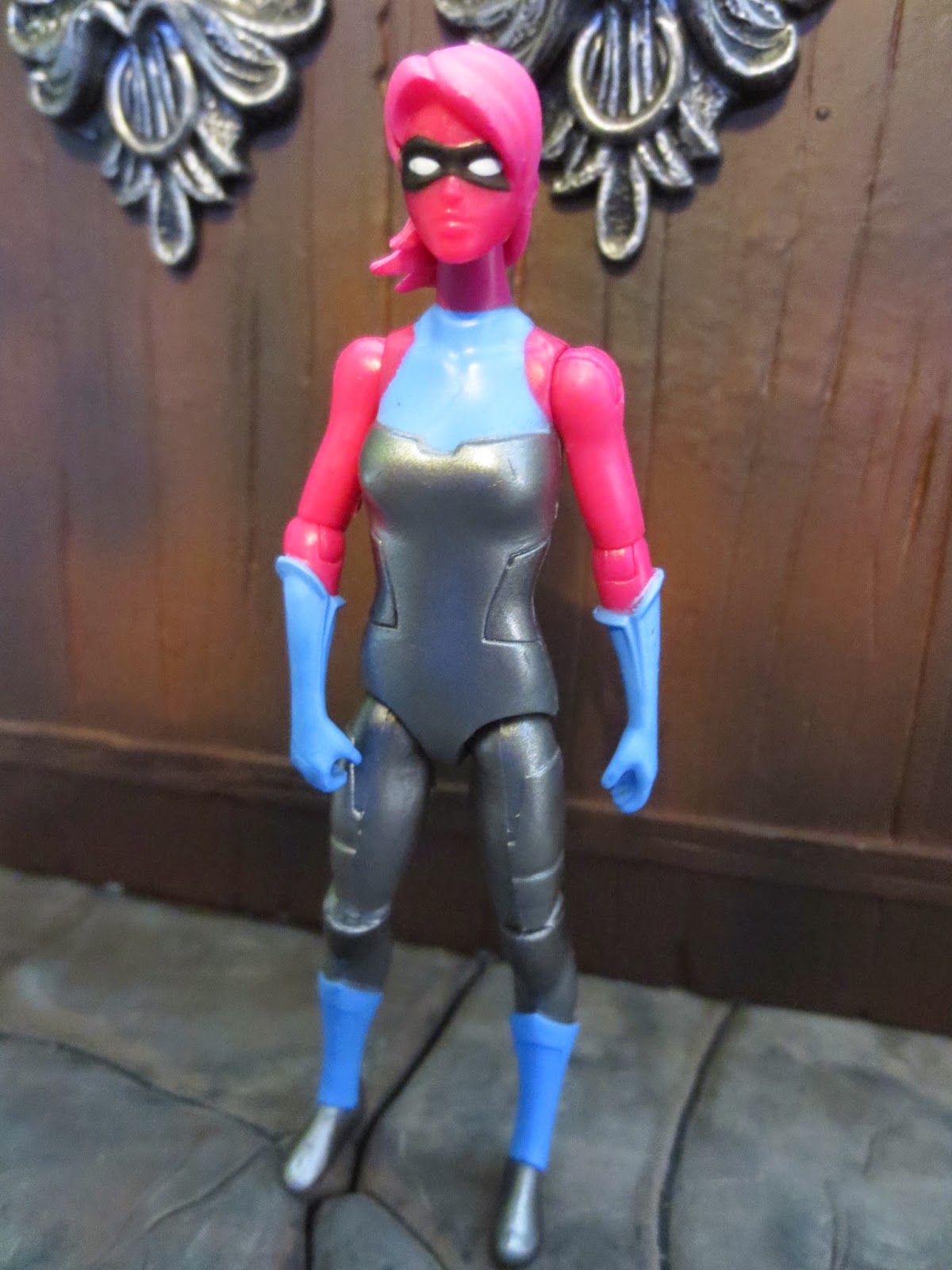 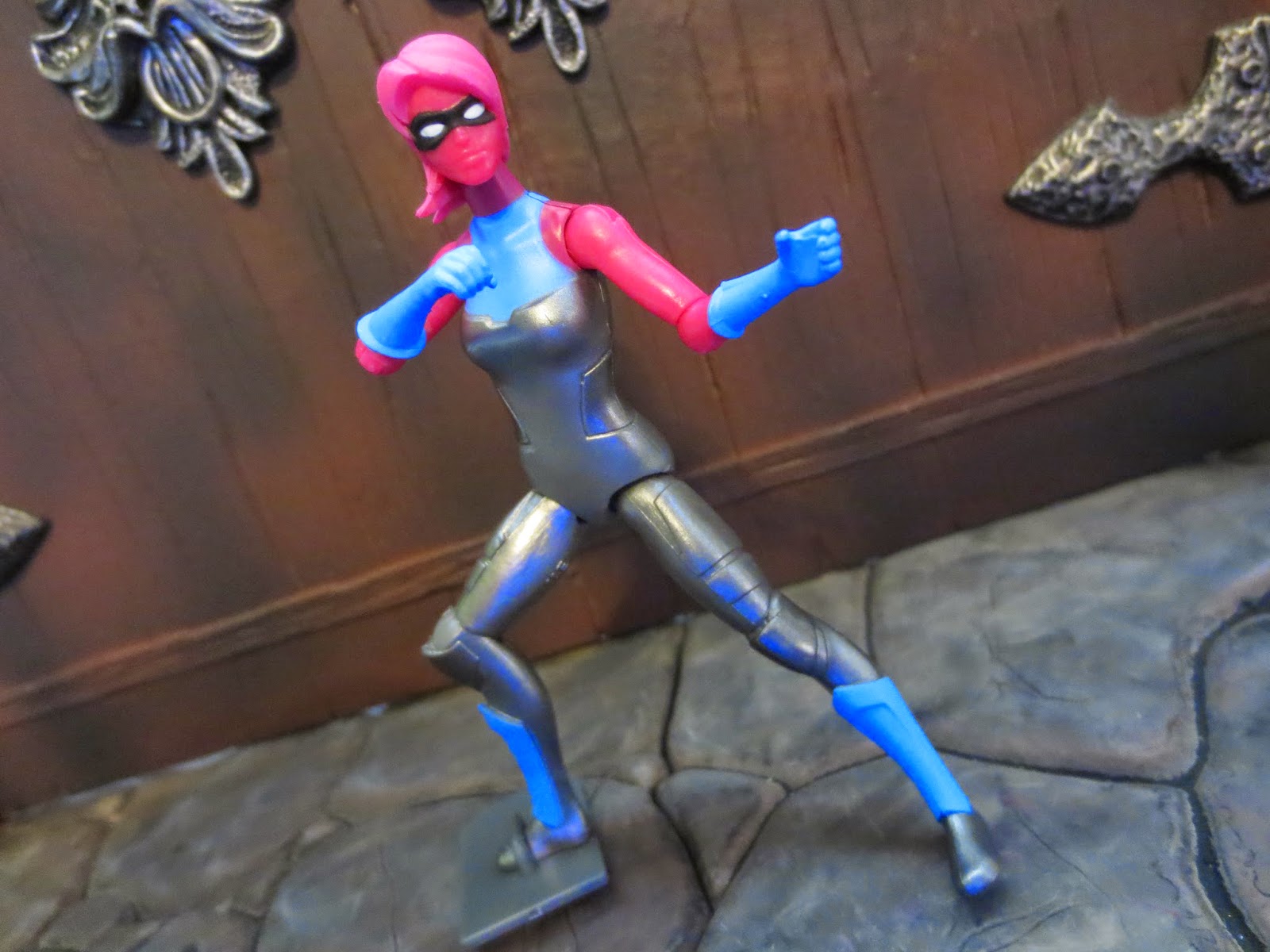 *I'll simply say again that the overall presentation of these figures is rather nice. I'm extremely pleased by the quality of the articulation and the durability of the figure. These figures are really well made and just have a great vibe about them. Persistences's blue cape and outfit highlights definitely set her apart from the other figures in the set, but they still all have a very cool look when the team is assembled. 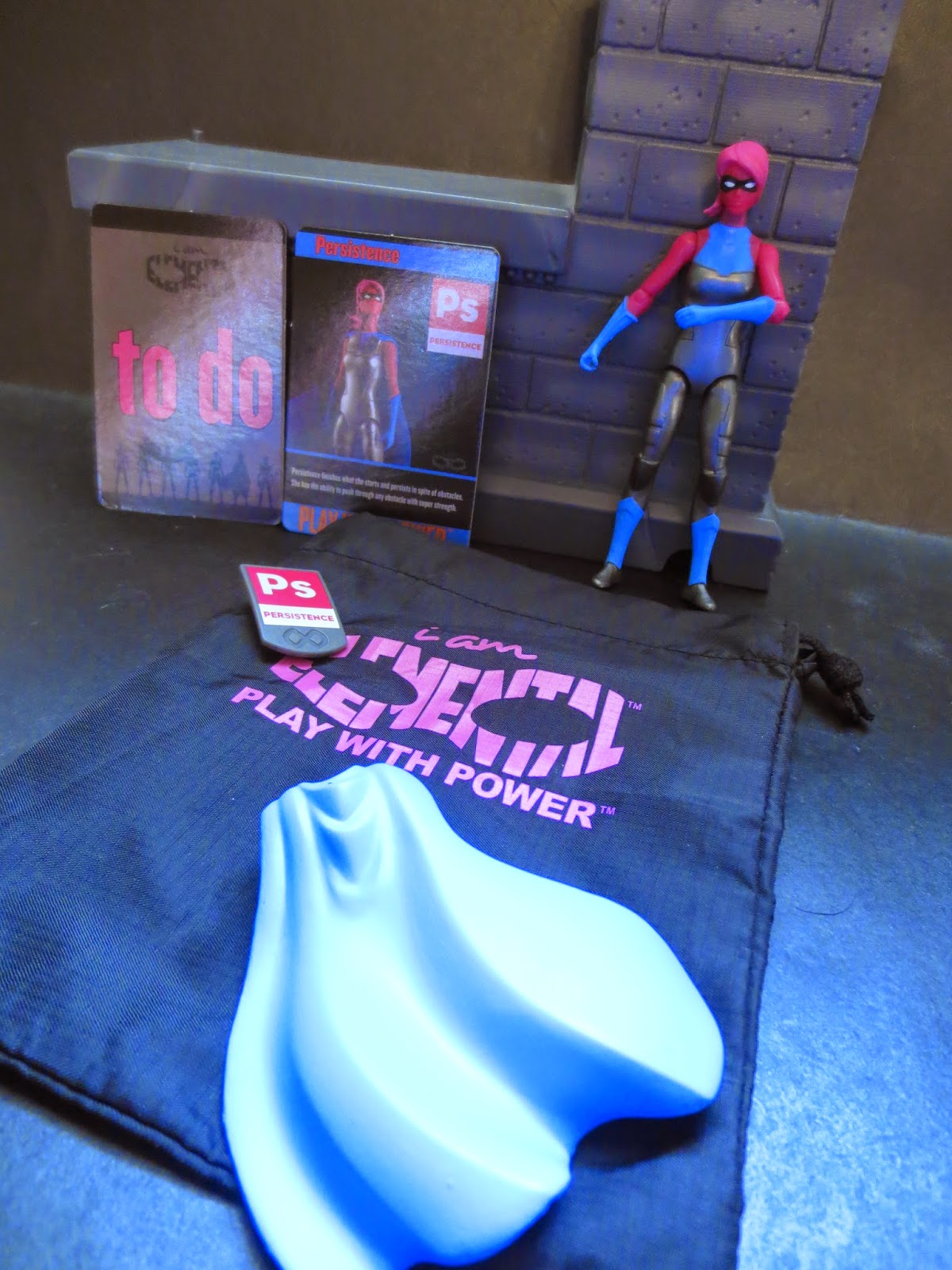 *Each figure is loaded with extras. They're not all traditional accessories, but they are some cool little extras. Persistence comes with the line's standard collectible cards, elemental shield, and drawstring bag but she also comes with her own unique cape that fits over her head. This is a cool extra that really changes the look of the figure. Persistence perhaps has the most traditional superhero vibe of any figure in the line.
The Negatives: 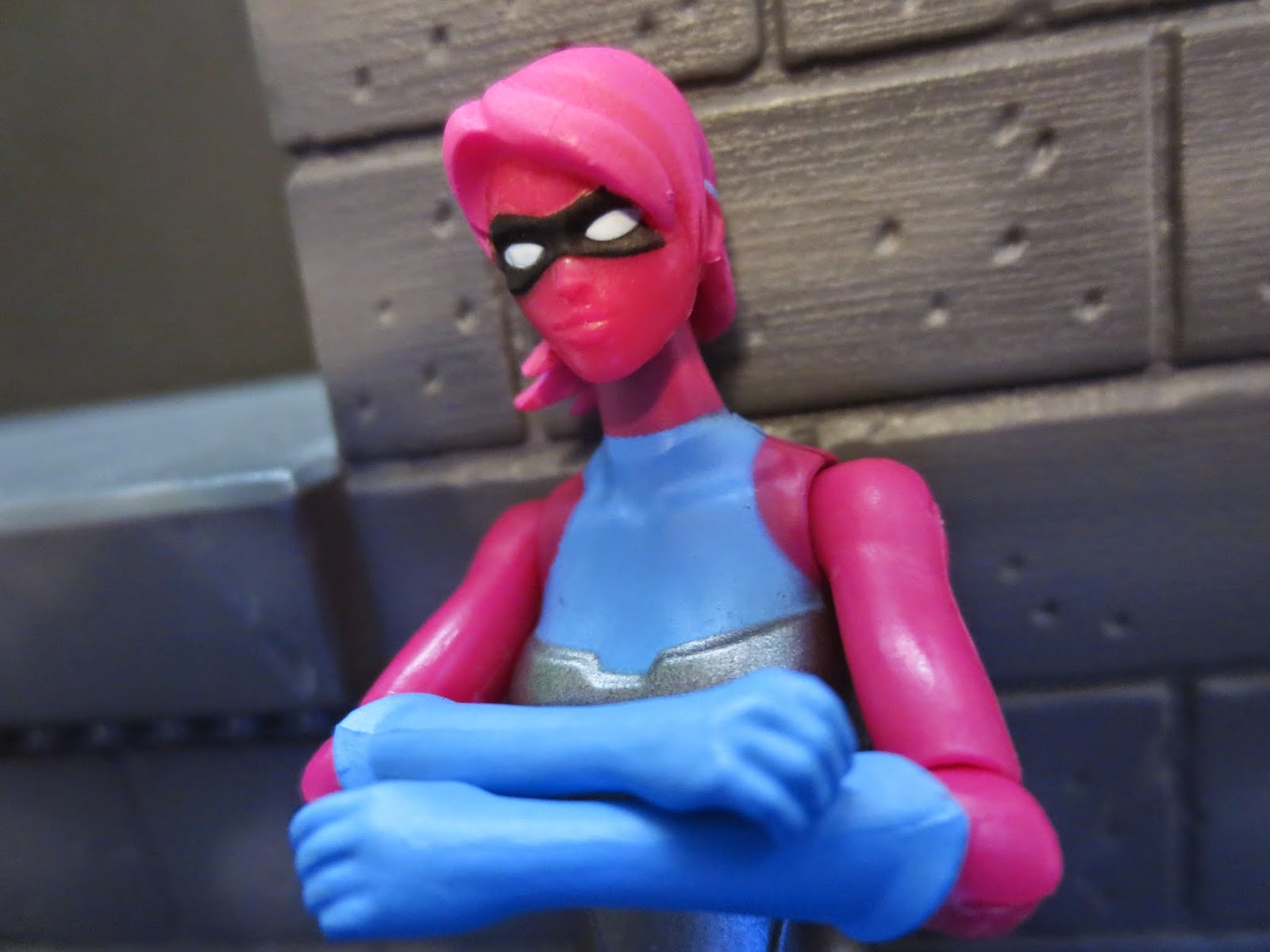 * I've really liked the headsculpts on all the figures I've reviewed so far and while I'm not disappointed in this one, it just doesn't stand out as much to me. Maybe it's more due to my feelings that the deep magenta skin clashes with the light elements of her outfit. I actually like her better without the cape. 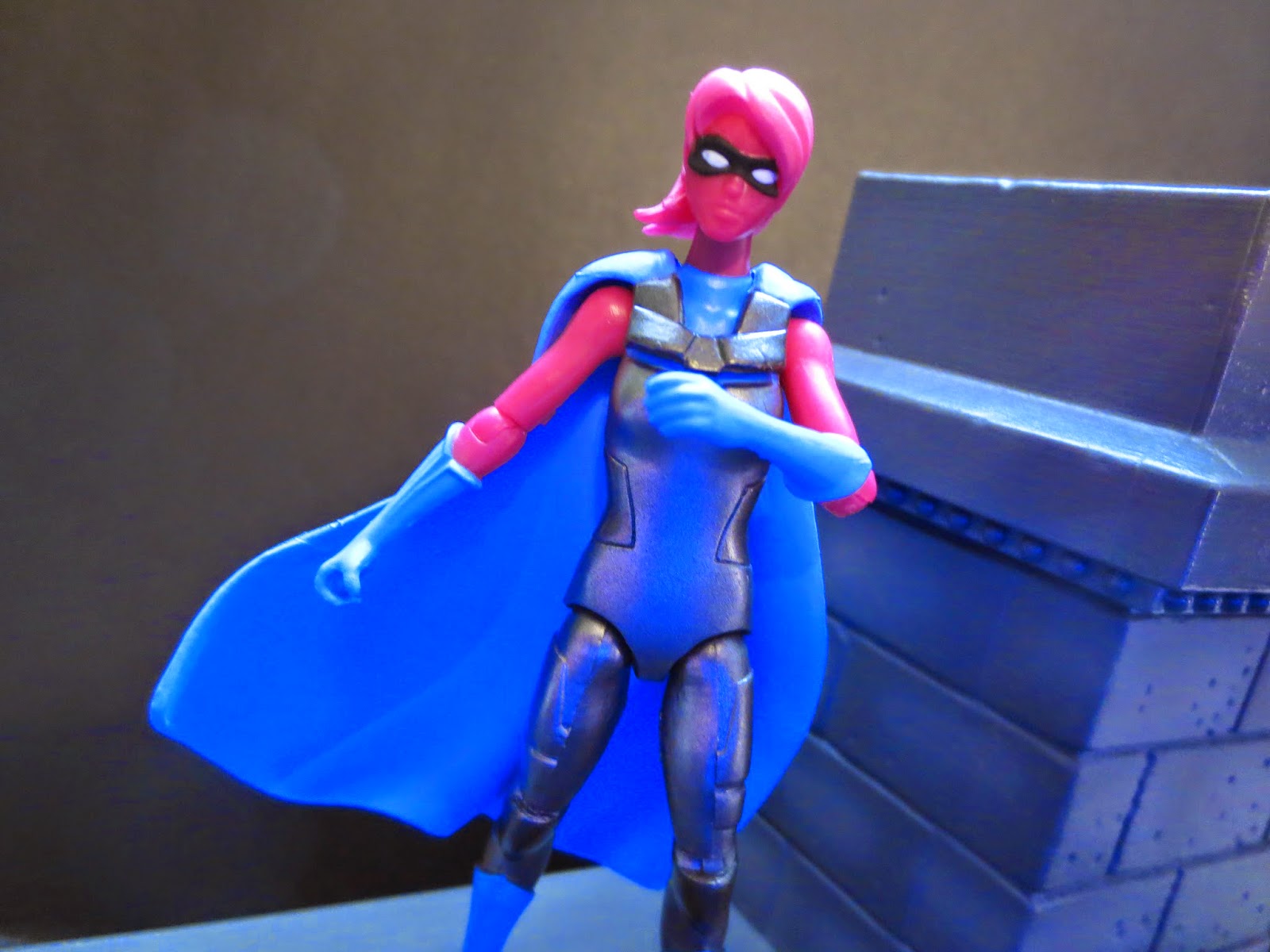 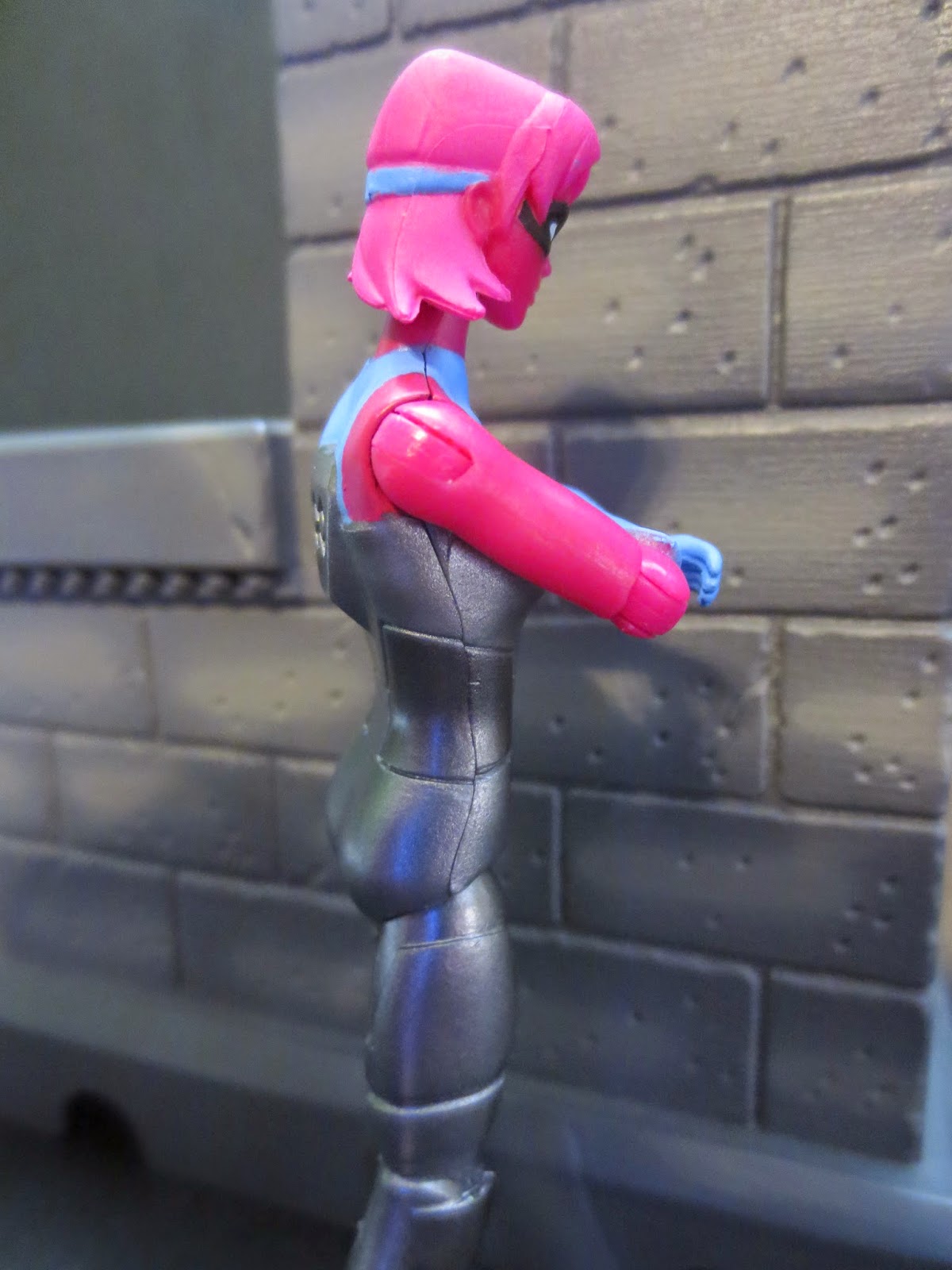 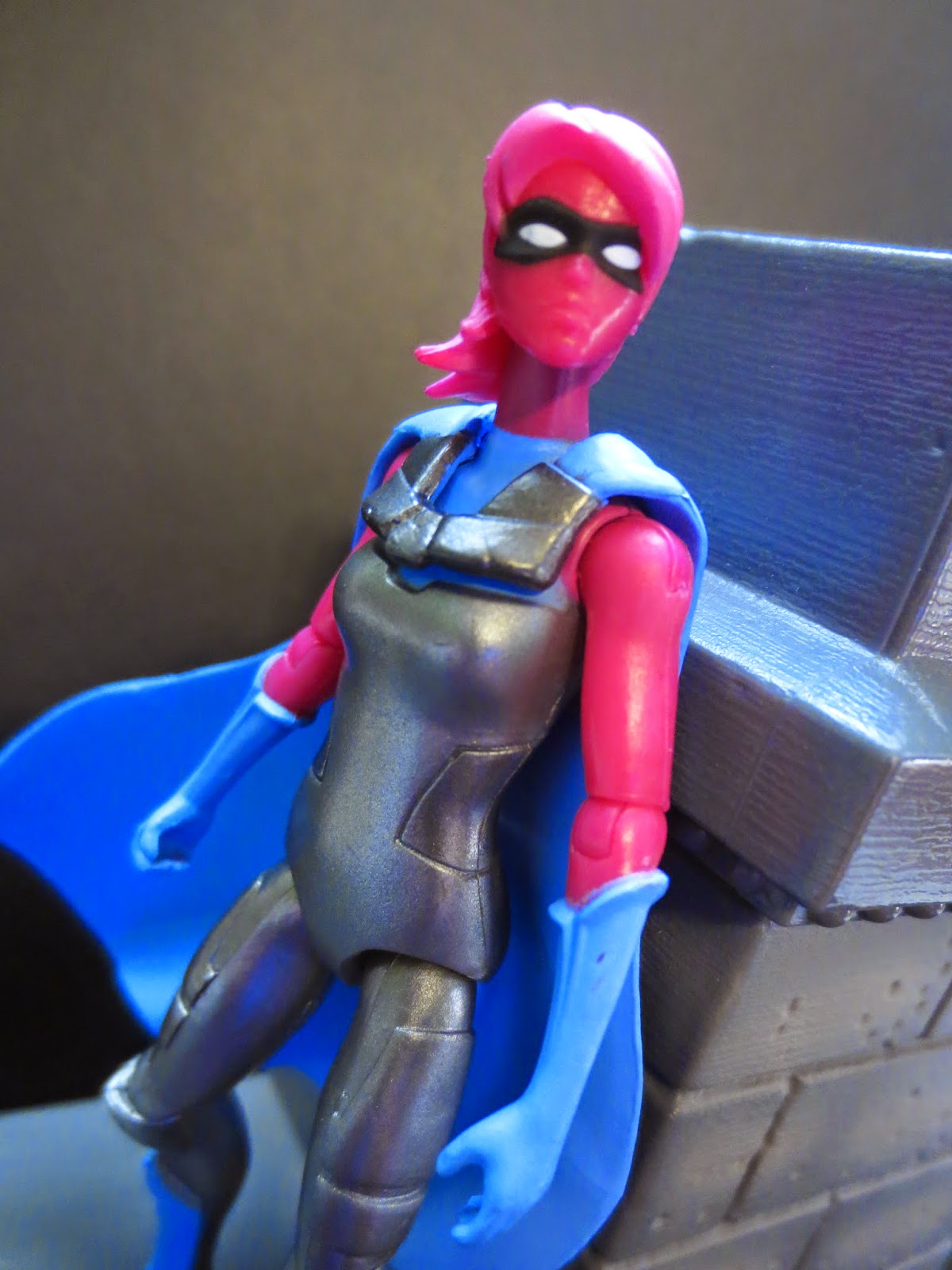 IAmElemental is a still a very cool line although I'm not as thrilled with Persistence's color scheme as I am with the other series one figures. I don't dislike this figure; she just seems less exciting than most of the other. I'm giving a Persistence a Good and a 1/2 rating. She's still a well done toy and perhaps your thoughts on the color scheme might make you interested in this powerful hero.