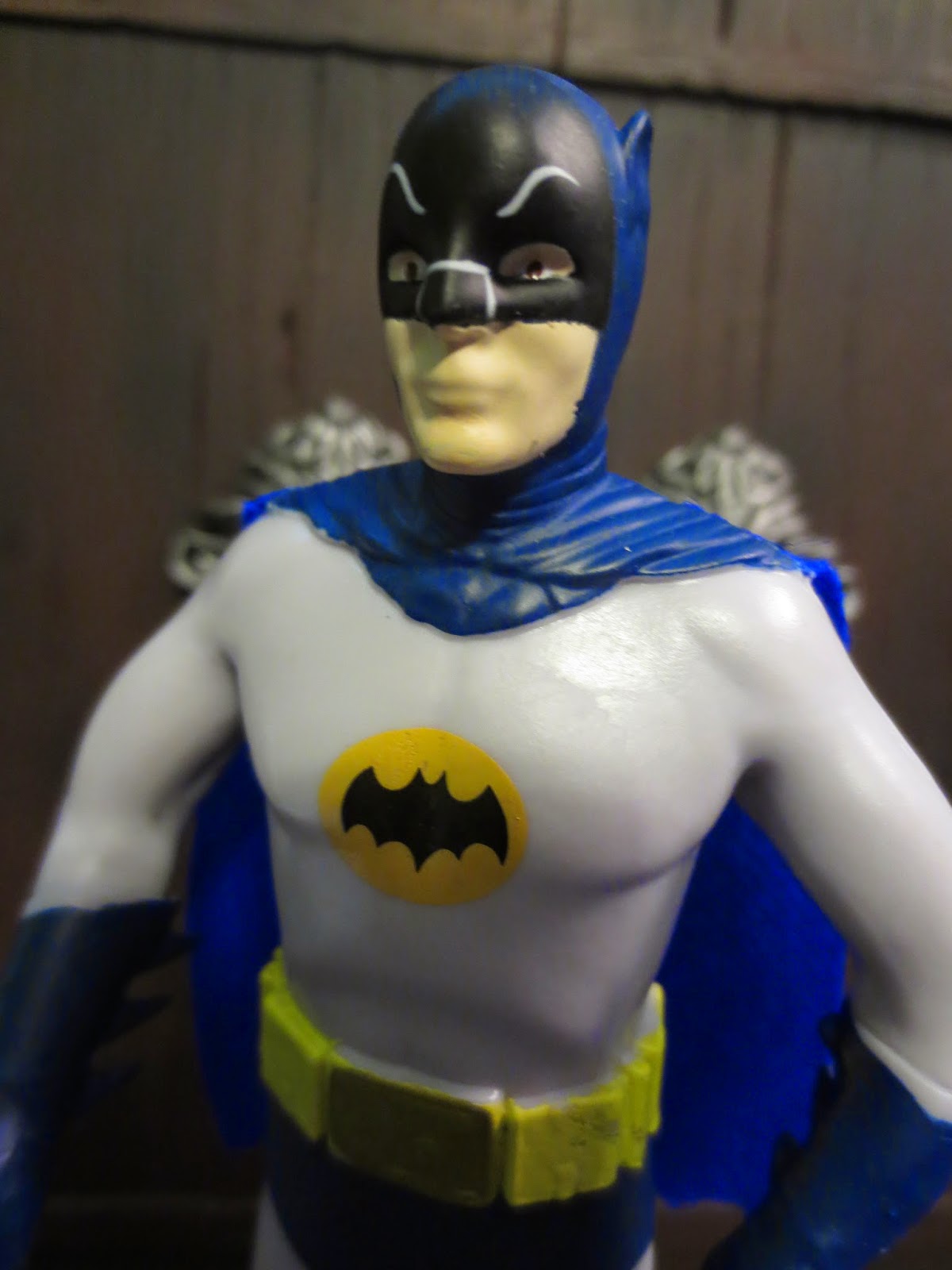 Ever since the 1966 Batman TV show's licensing issues got resolved, everyone and their mother has been in a hurry to release toys and memorabilia related to the series. Today I'm looking at a bendable Batman figure from the Batman Classic TV Series line by NJ Croce, a toy company I'd never heard of before looking at the back of this figure's package. They make lots of novelty items like wall clocks, bendable figures, key chains, and mugs. Anyways, the series so far looks to be composed of Batman himself, Robin, the Penguin, the Joker, Catwoman, and the Batmobile. (Since Yvonne Craig's licensing issues got worked out much later than the rest of the cast, let's hope Batgirl makes it into a second series!) I received this gift as a Christmas present from a friend so I'm definitely going to review this figure as part of my Christmas Haul mini series. Ready for a look at Batman, old man? Then join me after the break... 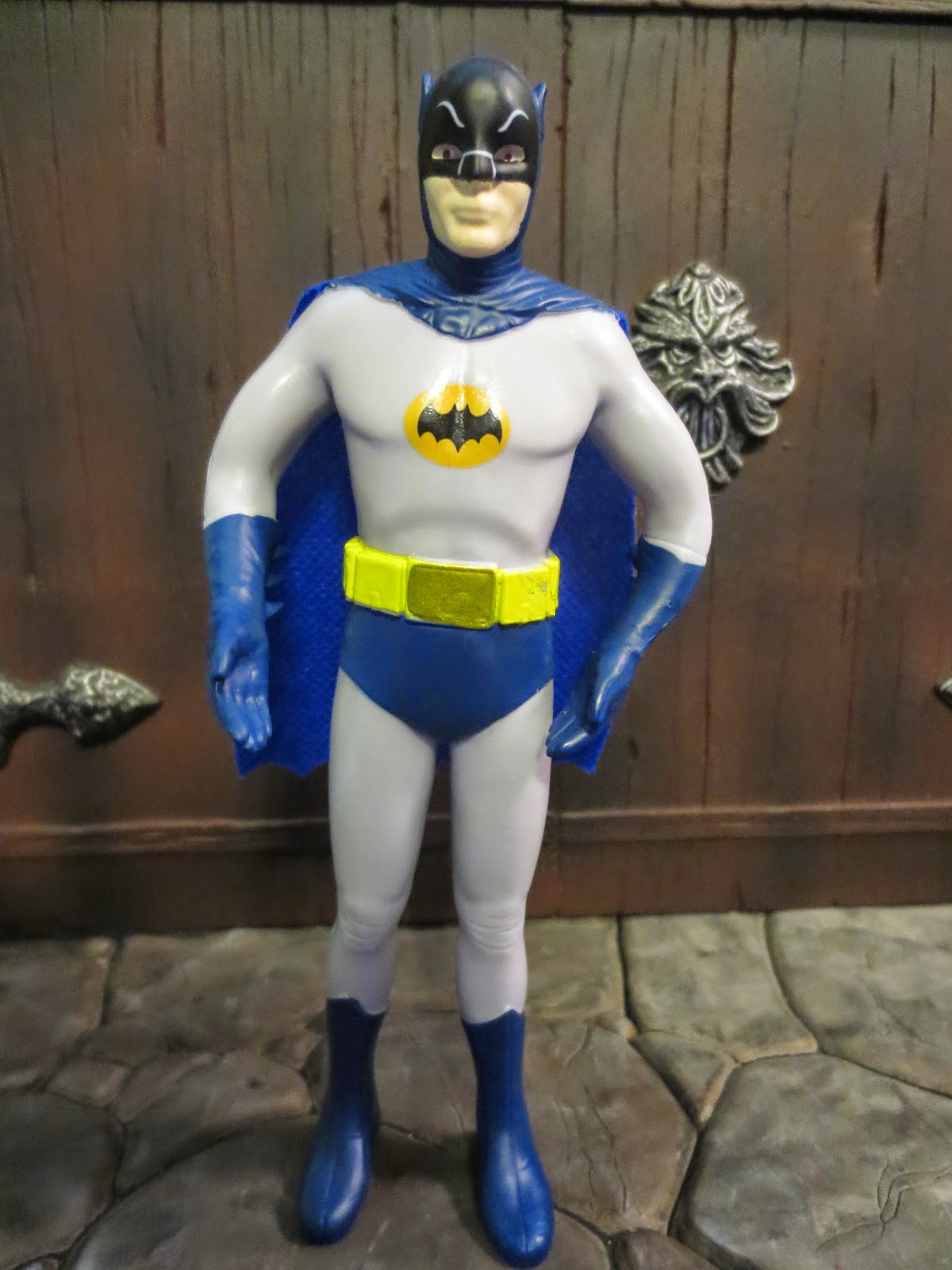 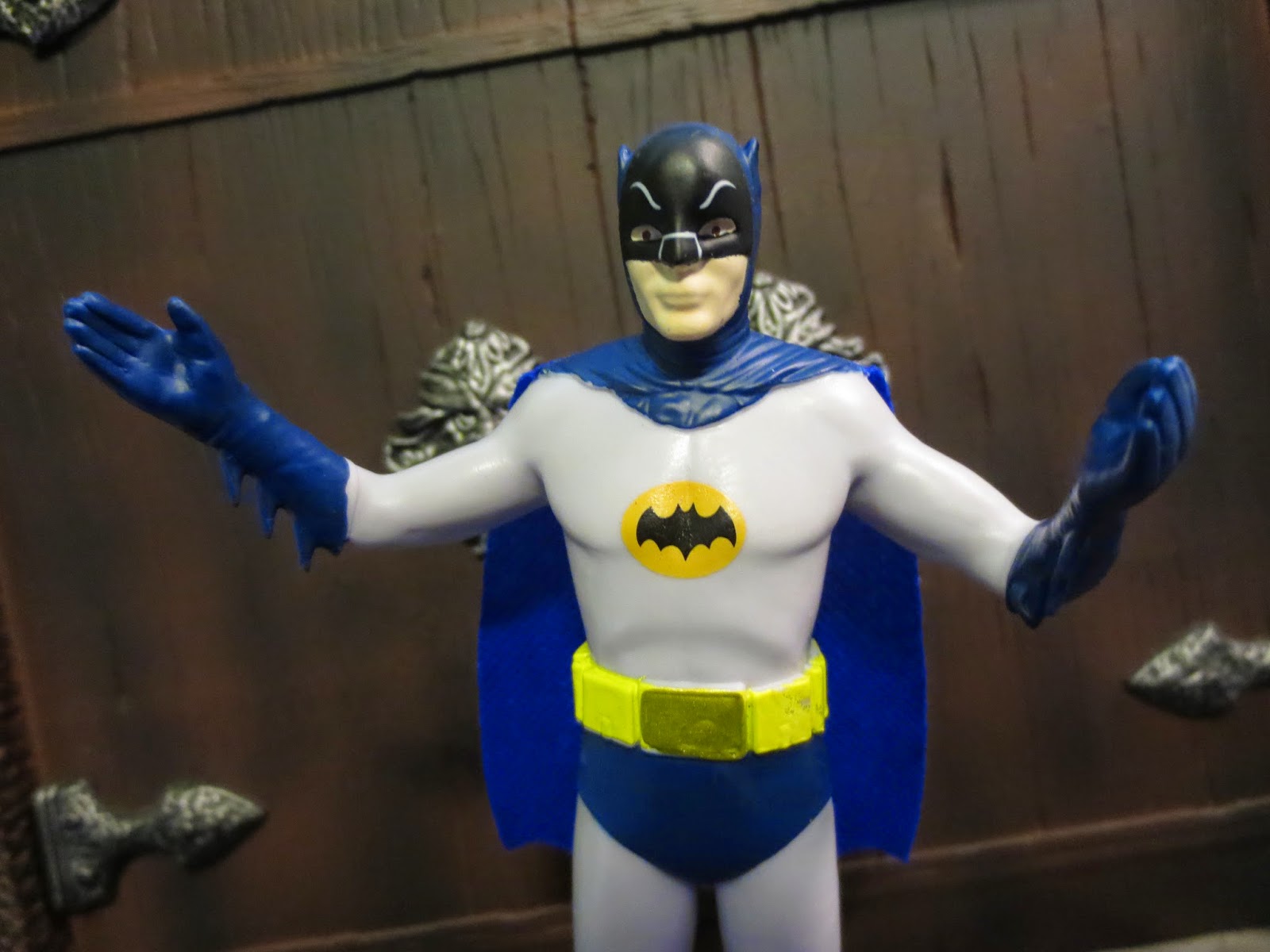 *This is a pretty faithful rendering of the Adam West Batman costume. The utility belt (with visible clasps on the pouches), the eyebrows on the mask, and the bat symbol on his chest are all here. There's no doubting which version of Batman this is supposed to be. Little details such as the material wrinkles on his knees are also nicely done. 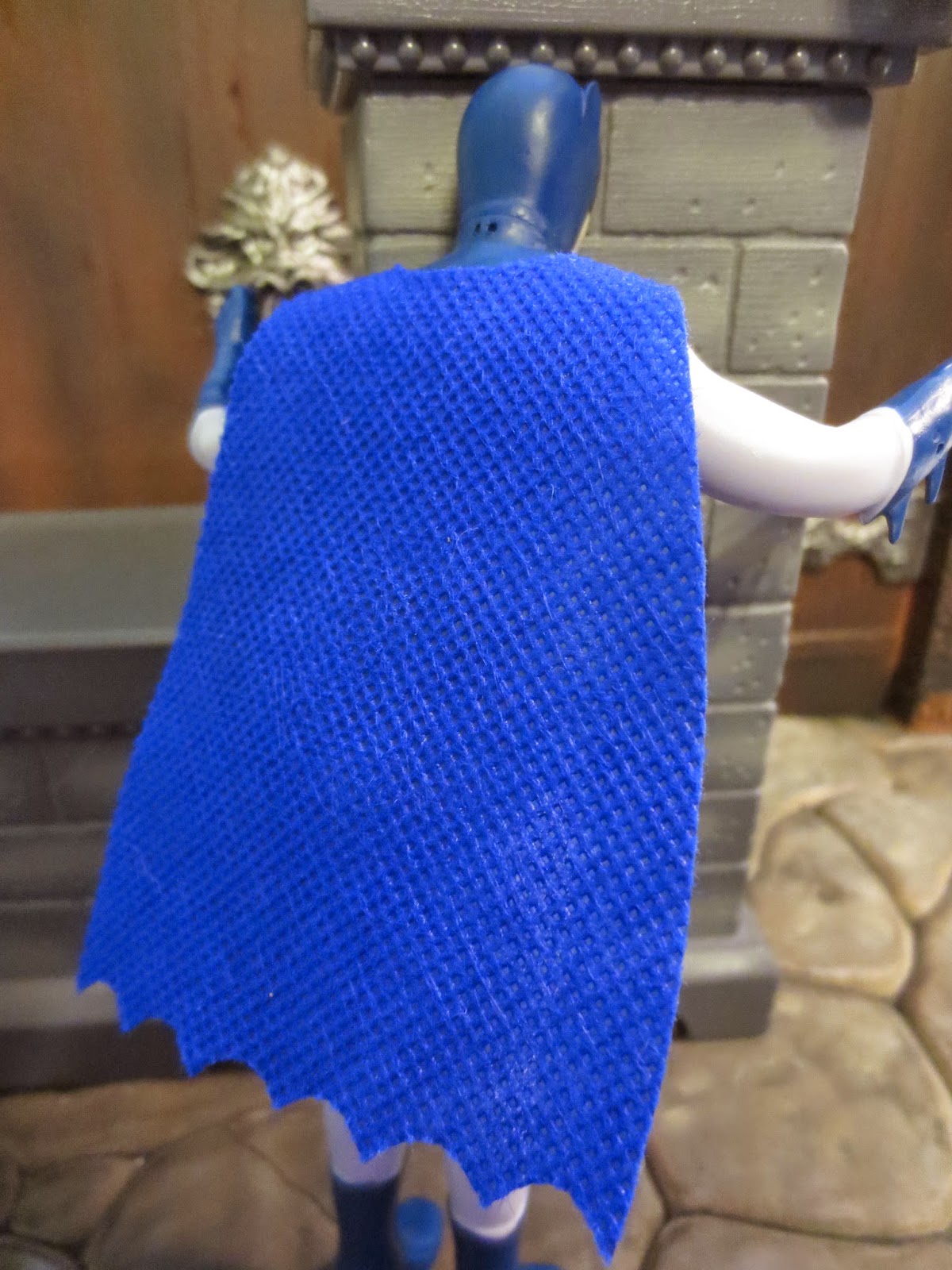 *I like Batman's soft cape. It's an odd material but it sits nicely and looks fairly natural.


*The bendable figure appears to be quite sturdy. He feels very solid and doesn't seem to be in any danger of ripping or tearing. 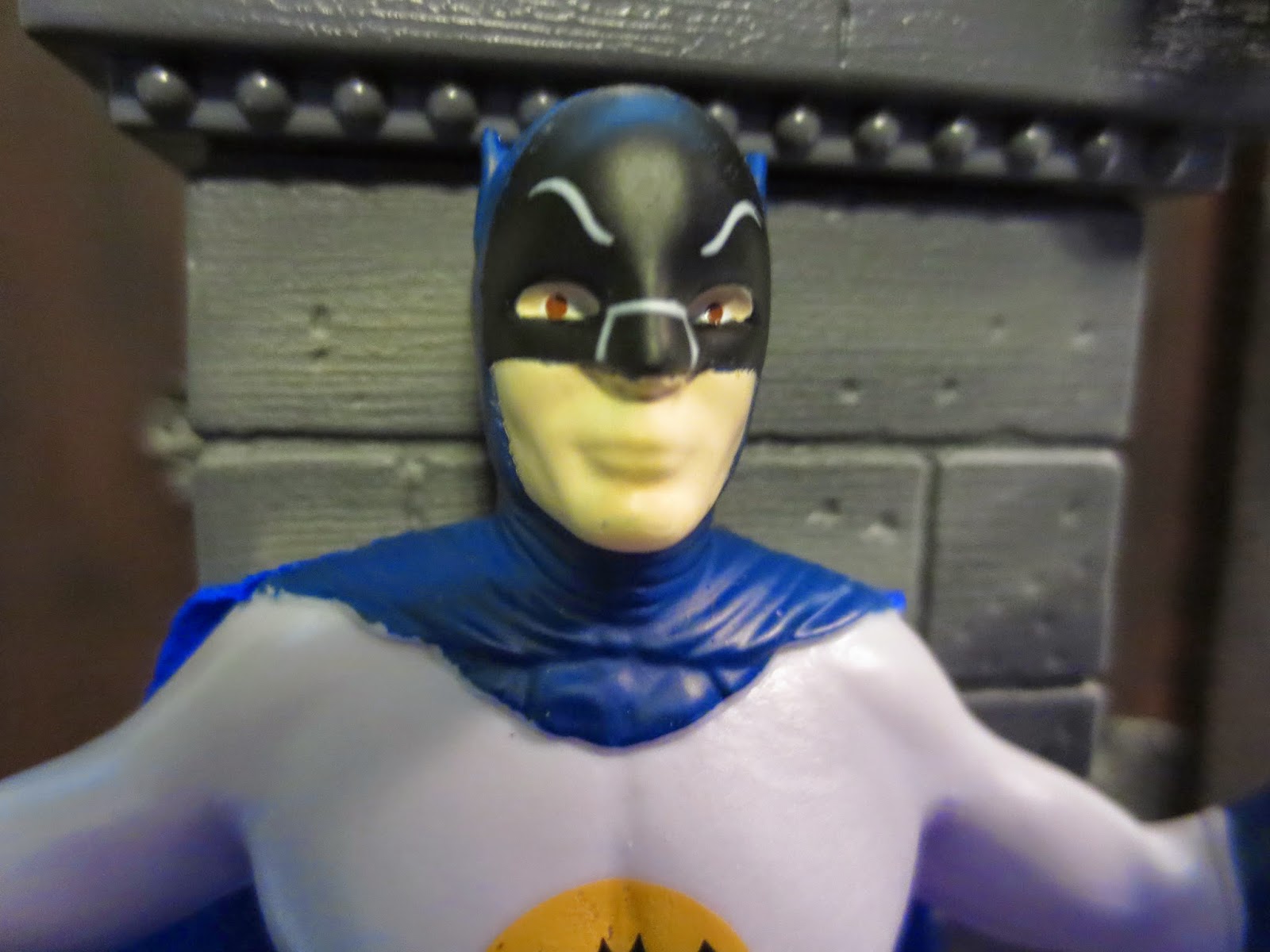 *Although he seems quite sturdy, that's partially because he's rather thick in stature. It's really tough to get Batman to bend into any real poses other than at his knees and elbows.

*Some of the paintwork is a little rough. I know bendable figures aren't know for their paint work, but the transitions between his gloves, boots, and belt are rather sloppy. 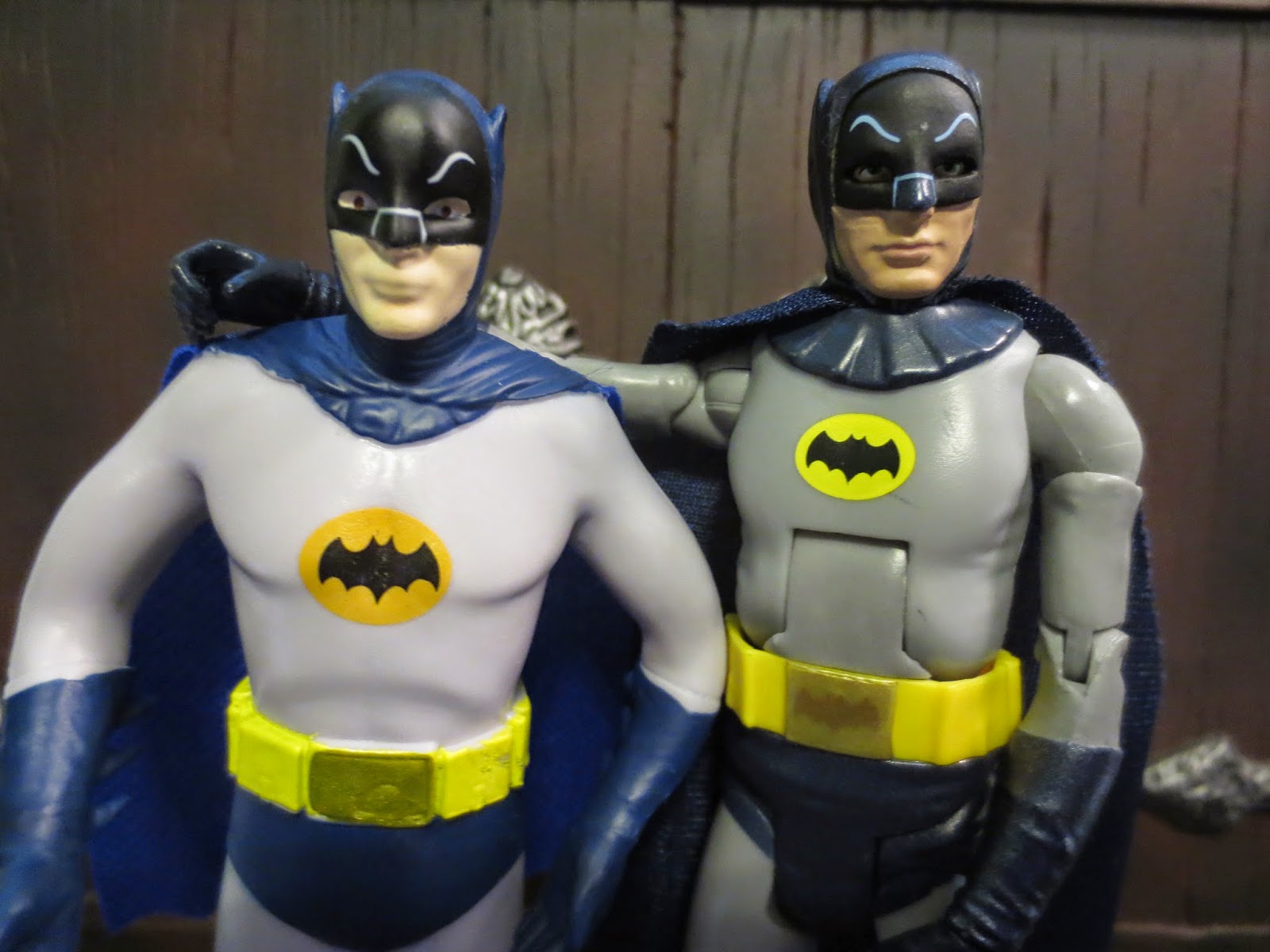 This is a fun novelty gift and I'm happy to add him to my ever growing collection of Batman action figures. Comparing him to Mattel's 1966 Batman figure from last year's Classic TV series line, I think that NJ Croce's bendable Batman has a more accurate Adam West build, trunks, and Bat symbol (both in accuracy and its placement on Batman's chest). For a bendable, this is a rather accurate replica of the 1966 costume. Heck, you could even use this as part of your 6-7 inch Batman display. Pretend that the Joker is using an inflatable or bendable Batman to commit crimes and frame Batman. Now that's a plot worthy of the 1966 series. Thanks to my friend, the Bear, for tracking him down for me! This is a Good figure and if you're into bendables or the 1966 TV series, you might want to track one down. If articulation is your game, however, you might want to track down one of Mattel's offerings from last year, which I've also reviewed here:


Batman: Classic TV Series by Mattel
Batman
Catwoman
The Joker
The Penguin
The Riddler
Surf's Up Batman
Posted by Barbecue17 at 12/30/2014